It was only a dream. But, it had a huge impact on me.

What follows, is my interview with the McDonald’s CEO and founder.

(This was a very intense dream. I’m still trying to piece the whole thing together the best I can. Parts of it are still missing.)

All of a sudden, he was there.

Ray Kroc. The man. The legend. The founder of McDonald’s as we know it today.

He’s been dead for 31 years. But, somehow, the ex-McDonald’s CEO appeared in my dream.

And then in my room. 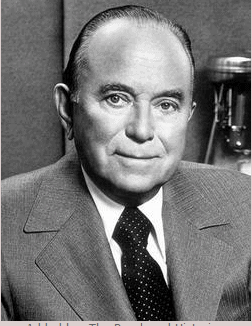 He was just sitting there, right across from my bed. Smiling.

I sat up. This brand new laptop slowly appeared on my lap.

Kroc told me to start typing. I obeyed. (Smart Kings know when to listen.)

Mr. Kroc: “I cannot believe the stuff that’s been going on at my company. I’m really upset. I’m really angry. And, I’ve been watching you.”

Mr. Kroc: “Yes, you. I subscribe to your blog. I’ve read all the articles you’ve been writing about McDonald’s. You’re mostly right. I don’t understand why the suits at headquarters don’t follow your suggestions. This ain’t rocket science. It’s just a food business. I can’t believe how they’ve been screwing things up so bad.”

The Franchise King®: “I’m aggravated, too, Mr. Kroc. I don’t understand why they’re complicating everything.”

Ray: “Call me Ray, Joel. Anyway, I’m in total agreement. My business isn’t meant to be so damn complicated. I set out to offer decent food at a decent price in a convenient way.  Now…all of a sudden,  we have a menu with 50 different items, Double-Drive-Thru windows, and 15 different types of coffee. What happened?”

The Franchise King®: “Personally, Ray, I feel management started freaking out about the competition. An outfit called Starbucks, appeared out of nowhere, and started selling coffee for $4 dollars a cup. People were all of a sudden not only willing to pay $3 more than it was worth, they were willing to stand in line before work to get it! I guess the executives at McDonald’s saw $$$$ signs, and just couldn’t help themselves. They forced their franchisees to buy $150,000 coffee machines, and McDonald’s entered the coffeesphere.”

Ray: “That menu. It’s ridiculous. Why did they do it? That wasn’t my vision. They screwed up. All they’re doing is confusing the customer. Management need to get back to basics. I just read something (yes, Joel, we really do get the internet up here) about what franchisees think about that “McDonald’s Experience of the Future” push, and it’s not very encouraging. This is not at all what I planned. I even saw comments franchisees left after attending a “Turnaround Summit.”

The Franchise King®: “You mean this, from Advertising Age?”

“The Turnaround Summit was a farce,” wrote one franchisee. “The idea presented — such as Create Your Taste — DO NOT fit our business model. McDonald’s Corporation has panicked and jumped the shark. The problem is an unwieldy menu (too big) and trying to be all things to all people. The suits in Oak Brook still don’t get it.”

“I came away from the summit completely confused. McDonald’s management does not know what we want to be. Expensive (and slow) custom burgers in the same restaurant where we sell the Dollar Menu?”

The Franchise King®: “It’s never a good thing when you have unhappy franchisees. That’s what your company seems to have a lot of.”

Ray: “I always wanted my franchisees to be happy and to be making money. These guys…this management team-as a matter of fact, pretty much every management team in the past 10 years has forgotten the franchisees. Franchisee satisfaction is key. If franchisees are struggling, and are bitter, well, you see the result.”

The Franchise King®: “I agree, Ray. The executives don’t seem to get it. I was always taught the importance of making sure your franchisees are happy…and that they’re making money. A lot of money. Having thousands of happy, profitable franchisees can go a long way. It helps the brand. It helps sell new franchises. It helps the local communities. The tax base. Employment.”

The Franchise King®: “What?”

Ray: “Employment. All the talk about raising the minimum wage.”

Ray: “I know. I saw your television interview on the minimum-wage fight.”

The Franchise King®: “Thanks a lot for watching it, sir. So, what are your feelings about raising the minimum wage, Ray?”

Ray: “They’re the same as yours, Joel. I believe that people who make more money spend more money. If we pay our workers more, they’ll put more into the economy. Everyone wins. The new CEO looks to be moving the right direction here. However…he failed to address what the franchisees need to do. He’s only increasing wages at company-owned stores. What the hell was he thinking when he announced that? Why didn’t he work with the franchisees on this-and encourage them to pay a higher wage.”

The Franchise King®: “Beats me? Weak answer, I know.  But, you’re the guy who had the vision. You’re the person who changed the way freeway exit ramps look. How would you do it? How would you convince the current franchisees that they need to pay higher hourly wages?”

Ray: “Here’s how, Franchise King. The current CEO needs to have a sit down with the franchisees…heck, he could do it virtually. (I told you we have internet access. I know about the cloud. As a matter of fact, I’m in the cloud.) Anyway, he needs to explain to them how economies work. The more people make the more they spend, type of stuff. And, some HR stuff, too. Like the fact that happy employees are more productive. That translates into more efficiency. Less mistakes. More pride. As I said, this ain’t rocket science.”

The Franchise King®: “Sounds like a plan. You think it would work, Ray?”

Ray: “It has to work. There’s too much riding on it. In this case, there is no try. The new CEO just has to do it. He also has to get rid of 50% of the stuff that’s on the menu. All that needs to be on it are hamburgers, cheeseburgers, Big Macs,  fries, hot apple pie, shakes, Chicken McNuggets, Filet O Fish sandwiches, beverages, and coffee. Ok…salads, too. That’s it. Easy stuff. Less to manage. Less things to worry about. Faster lines because there are less choices.”

The Franchise King®: “Sounds great, Ray! How can I get the word out? How can I make sure the executive team currently in place at headquarters will see this post…see what you said?”

Ray: “Through social media, of course.” 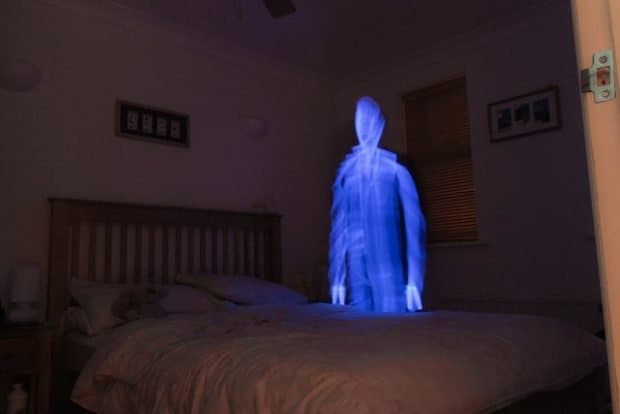 Then, he was gone.