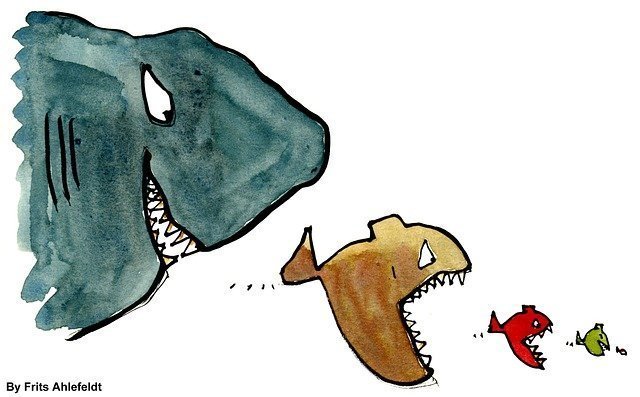 Talk about dominating a market!

In this post, I’m going to show you how franchises dominate America’s freeway exits, and why it’s important they do.

A recent 15 hour drive on I-77 (to get to our vacation destination) proved to be one heck of a wake-up call about businesses that dominate a market. In this case, the interstate exit market.

Locally-owned and operated franchise businesses don’t “dot the landscape” on the freeway and turnpike exits that I passed-and sometimes used; they own it. And we did business with several of them along the way.

And “owning it” is what franchising does best. The business model is so darn powerful.

The business of franchising provides opportunities for people that want to own what they do. It also offers franchisors that are hell-bent on dominating a market-do so.

You’re going to need gas-there’s no getting around it, unless you’re interested in buying what my friend, Barry Moltz, tested out.

And, when you’re driving a long distance, and you need food or gas (not food that will give you gas) seeing road signs like the one pictured below are very positive things. 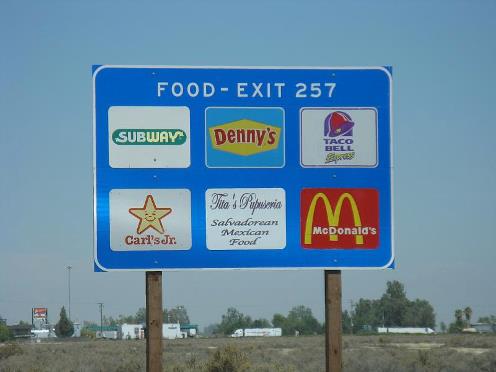 It turned out that 90% of all the gas stations we encountered on our trip were BP franchises.

It was a good feeling to see BP’s green logo on so many freeway road signs…it was comforting.

Would you feel better exiting the freeway to get gas or use the “facilities” at a BP station or “Ted’s Filling Station?” 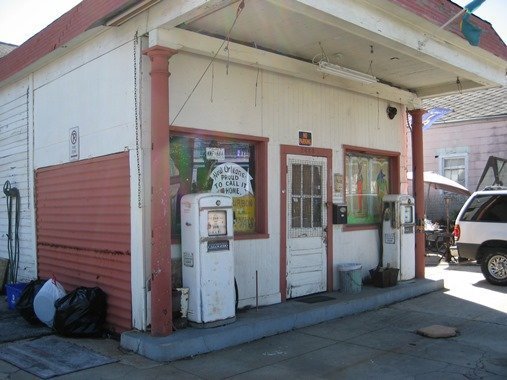 The Importance Of Branding

Branding is an important part of the mix, and one reason why the thought of owning a franchise is really attractive. It’s also very attractive to consumers who are sometimes looking for the familiar. Like when they’re travelling.

That’s why every McDonald’s restaurant we visited was crowded. And, they were located at almost every exit that had food. It was amazing. Ray Kroc’s vision of having his restaurant located by every freeway has turned into a reality in most areas of the country. I wish I could have met him. It would have been great to shake his hand and hear his voice.

The executives in Oak Brook, Illinois are focused on making sure that the look and feel of their restaurants is consistent across the board, and for the most part, they’ve succeeded. That’s one of the reasons why they’re so successful. Consumers know what they’re going to get when they see a McDonald’s restaurant. Their brand is powerful.

Other food franchise brands we encountered along the way included, Hardee’s, Shoney’s, Wendy’s and one other well-branded food franchise.

Love Them Or Hate Them

Everything about them came across as fake. They weren’t very believable. The ones that are being produced now are weak at best. Personally, I don’t think BP is about anything except pure unadulterated profit. Do you really think that their fracking practices are positive for the environment?

In general, fried hamburgers, french fries and the like aren’t good for us. You know it. I know it. Lots of mom’s know it.

But, when you’re on the road travelling, you will be eating at least one of several fast food franchises that are located off the interstate.

What it is-is what it is.

If you’re going to take some risk…and become your own boss, I’d like to suggest that you choose a franchise that will allow you to be a dominant player in the market you’ve decided to serve.

*2022 Update. Her new Toyota Camry Hybrid gets 44 miles per gallon on road trips.