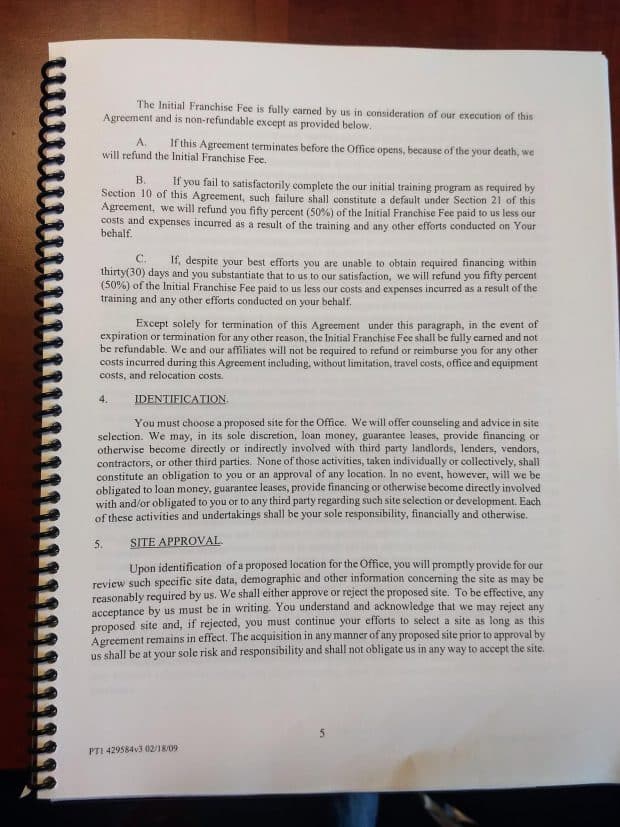 (Example page from a Franchise Disclosure Document. There’s a list of the 23 items the FDD contains toward the end of the post.)

Today’s franchise buyers are hit with a lot of information.

And if you’re currently on the hunt for the right franchise opportunity to own, you know exactly what I mean.

To begin with, there are at least 100 franchise opportunity portals that advertise franchises for sale. Talk about franchise information overload!

Secondly, once you start inquiring about specific franchise opportunities…filling out “Request More Information” forms, offers of “Free Help Finding A Franchise” start magically appearing in your inbox. Of course those emails are in addition to the franchisors you contacted who are reaching out to schedule introductory calls with you.

Finally, once you start having conversations with franchise businesss representatives, you’re going to get access to their Franchise Disclosure Document (FDD), including the franchise agreement. Have you seen one yet? Just wait.

The Franchise Disclosure Document is important. Really important. And the more franchise opportunities you look into, the more FDD’s you’ll be exposed to.

As a matter of fact, this document is so important, the Federal Trade Commission (FTC), suggests that franchise buyers “read the entire Franchise Disclosure Document before entering into a formal agreement with a franchise company.”

Suggested Reading: “A Consumer’s Guide To Buying A Franchise.”

But do you really need to read the FDD?

Franchise Buyers Do Not Need To Read The Franchise Disclosure Document

That’s not a typo.

You don’t need to read the FDD.

Franchise Buyers Must Read The FDD

That’s not a typo either. On the contrary, I did it for a reason.

Said differently, you don’t need to read the FDD the second you get your hands on it. Why not?

Because the FDD has nothing to do with why you like the franchise concept you’re interested in. And that includes the Franchise Performance Representations (FPR) that are sometimes included in them.

For example, I’ve never worked with a franchise buyer who told me “Joel, the reason I like Dicky’s Barbecue Pit is because I saw their FDD, and now I want to open one in Buffalo right away.” 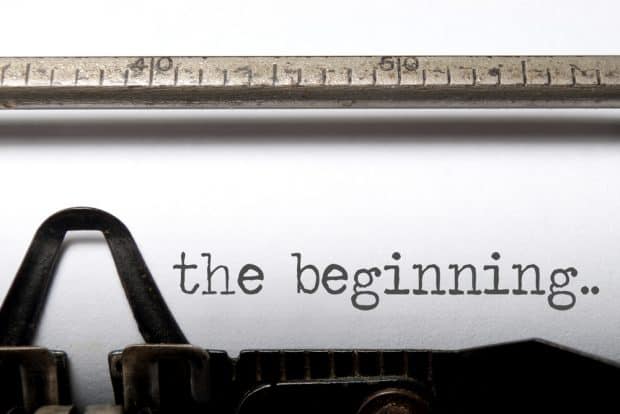 Start At The Beginning

When you first start learning about a specific franchise business opportunity, find out what you can about the concept. Allow the franchise representative to tell you about the business. Get details. Then find out what your specific role would be as a franchise owner. If you’re still interested after you’ve learned those things, keep going. Buying a franchise…getting all of that franchise information-is a process.

The Franchise Disclosure Document Is A Document. Period.

My dad always told me that “The FDD isn’t the business. You’re not buying a document-you’re buying a business.”

In other words, you need make sure the franchise opportunity you’re interested in buying makes sense for you, is affordable, and it will allow you to use your best skills to operate and grow it.

Provided you feel the franchise business can help you reach your personal and professional goals, go ahead and dig into the FDD. Read it from cover to cover. Then, write down any questions or concerns you have and share them with the franchise representative you’ve been talking with.

When it’s time to move forward with the opportunity, you need to hire a franchise attorney to go through the FDD with you. She’ll point out things that you may not understand or know about, along with any red flags she sees.

A Gentle Reminder
Again, don’t waste your time reading the FDD right away. Wait awhile. Learn all you can about the concept. Listen to what the franchisor has to say. Follow the process that the franchise rep has set up for you. Then if you like what you hear, reading the Franchise Disclosure Document is the next natural step.

What’s Included In The FDD?

The US Government requires franchisors to list the following 23 items in their FDD. They are:

On the surface, those 23 items certainly look important. Seeing imposing words like termination, restriction, obligations and the like can certainly start to put things in perspective. Especially if you’re contemplating investing $200,000 (including franchise fees) into a franchise business. Heck, I’ve seen a franchise buyers literally run to the exits after reading through an FDD. Really!

Item #19. For some, that’s where the rubber hits the road.

Not for me though. Here’s the deal:

Some of the folks in my industry suggest that today’s franchise buyers should even look at franchise opportunities in which earnings numbers or FPR’s (financial performance representations) are not included in their FDD’s. Don’t listen to them. They’re wrong, and here’s why.

Because the numbers disclosed are averages.

For example, the FDD may state that (on average) franchisees do $755,000 in annual revenue in year #3. That sounds pretty good, right?

If you’re like most people, you tell yourself yes.

On the other hand, you may end up doing close to $1 million in year #3. You’d be okay with that, right?

But you won’t know until you’re a franchisee!

Is the earnings claim in the FDD you received before you bought your franchise important now?

Earnings Claims, The FDD, And The Franchise Industry

Since it’s damn near impossible for you to predict how much revenue you’ll bring in as a franchisee, why would you rely on a document that prints averages? Think about it. There are so many variables that can and will affect your earnings. Like:

So, why do some of my fellow industry professionals state that you should avoid franchisors that don’t reveal franchisee sales figures?

Because they’re trying to force the entire franchise industry to reveal these types of earnings claims.

In their own minds they must think doing so will help the franchise industry. I don’t. I think they’re missing the most important part of any franchise investigation…the research part of the buying process. The human part.

The part in which you-the prospective franchise owner asks about sales, earnings, and even bottom-line profits, either via phone, or face-to-face.

Franchise Buyers: Don’t Freak Out About The FDD

Lots of people get absolutely freaked out about the FDD.

As a matter of fact, some people get themselves so spun out…so worked up about this (somewhat complex) document, that it prevents them from moving forward. I’ll explain.

I’ve worked with more than a few franchise candidates, who, after reading through the information contained in the FDD, told me they’re not interested in becoming franchise owners anymore. But why?

Because, for them, seeing all the different things franchisors require their franchisees to do, along with the amount of rules that are in place, (to protect the business model and maintain brand consistency), felt like too much for them. Hey…it happens.

The Franchise Model Is Rigid

Please remember that the business model of franchising is a rigid one. All franchise opportunities have that in common. And once you read the contract-the actual franchise agreement, you’ll pick up what I’m putting down.

In view of that, you need to understand that owning a franchise business demands serious rule-following. That is to say you need to follow specific procedures that every other franchisee follows, system-wide.

Finally, you need to make a decision.

Either you are or you aren’t going to be happy owning a business where rules and policies need to be followed-all the time.

To be blunt, if you’re not comfortable with a rule-based system, don’t bother looking at franchising. You’ll end up being frustrated and you could potentially become a former franchisee (and lose money).

2. Spend time over the phone and in-person, with franchisees. Get to know them. See what you have in common. See (with your own two eyes) if they’re reasonably happy and making money.

3. Go over the FDD. Do it alone first. Then hire a sharp franchise attorney to look it over.

5. Draw up a thorough business plan-even if you’re not getting a small business loan for your franchise.

6. Take a few days off. Commune with nature. Get some fresh air. Clear your head.

Then make your decision.

Just don’t base it on a document. Base it on what you’ve been able to find out…on a human level.