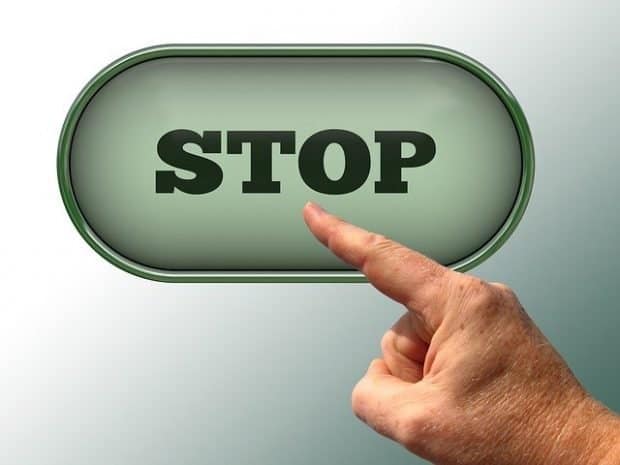 I was under the impression that when I got older, two things would happen.

1. Stuff wouldn’t bother me as much

2. I would mellow with age

One reason: The industry I’m in that continues to aggravate me at times. Like when certain franchisors insist on using a certain word to recruit new franchise owners. A word that’s very disingenuous-as you’ll soon see.

Keep reading to find out what that word is, and why franchisors need to stop using it.

In Franchising, New Franchise Units Must Be Sold

A franchise business system with lots of franchise units is a site to behold. Especially if it’s a great one.

In addition, the hundreds (or thousands) of franchisees in the system are busy, they’re making money and they’re happy. Plus, they have buying power-which enables them to have leverage with vendors for better pricing because of their size. Good stuff!

When the business is a busy, successful franchise operation, the team at franchise headquarters is busy too. They’re supporting the franchisees. Things like on-site visits are happening. Problems are being solved. And, money is being made…as the royalty income from their busy, high-revenue producing franchisees is steady.

If you’re thinking about buying a franchise, it’s crucial to know how the math works in franchising-on the franchisor side. Check this out. 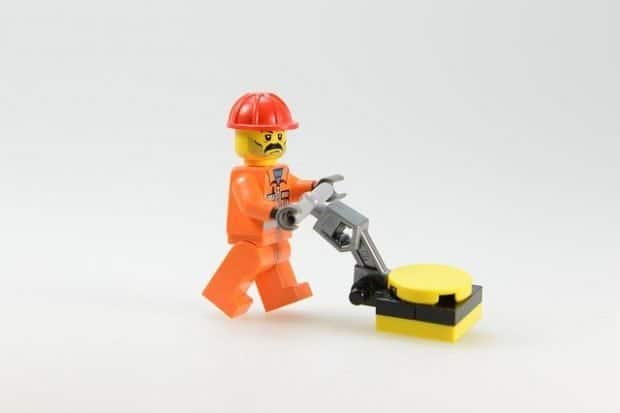 Classy Cleanup (a fictitious name) is a franchise business that’s in the business of cleaning; specialty cleaning. Their franchisees handle things like water damage and smoke damage from fires etc. that hit homes and businesses, along with mold-removal and other assorted nastiness.

The company supports 325 franchise owners. Business is good. On average, franchisees are doing $65,000 a month in revenue. (Almost $800k annually)

Furthermore, Classy Cleanup franchisees are required to pay 5.5% of their revenue (their royalty) to franchise headquarters every month.

That means on average, each franchisee sends in $3,575 each and every month to headquarters.

Now, let’s multiply that figure by the number of franchisees in the Classy Cleanup franchise system.

That’s right: Classy Cleanup collects $1.3 million every month-in royalties, from their franchisees. That works out to $16 million annually. Not bad.

That’s why lots of people want to “Franchise” their businesses. It’s also why franchise CEO’s love seeing a lot of new franchise units sold. I’m good with that. As long as:

“I like to think of sales as the ability to gracefully persuade, not manipulate, a person or persons into a win-win situation.

Do you agree with that?

Which leads to why I’m  so mad.

My anger stems from the word I’m almost ready to reveal. (C’mon Joel!) 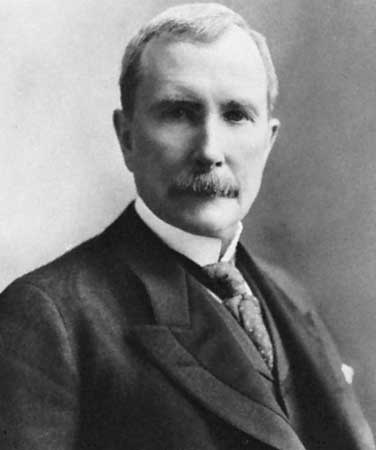 “Don’t blame the marketing department. The buck stops with the chief executive.”

FYI: John D. Rockefeller’s estate stood a mere 3.2 miles from my castle. I wish I could have seen it before it burned down-way back in 1917. Look at this place. 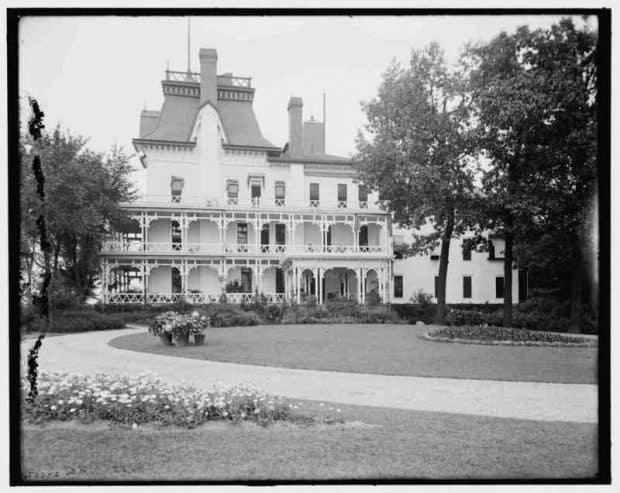 (A picture of the estate of John D. Rockefeller, Cleveland Heights, Ohio)

That’s the one. That’s the word that has contributed to the high blood pressure readings I’m experiencing today.

In fact, I checked my blood pressure at the pharmacy before I started writing this post. It was higher than usual. And the thing is-it’s controllable. There are dozens of different high blood pressure medications on the market today. They all work. All of them keep do a fine job of keeping people’s blood pressure in check. But, it’s also controllable in another way. Quite controllable, as a matter of fact.

Franchisors Need To Be Transparent

If you’re a franchisor, one of the things you should focus on is your transparency-or lack of it.

For example, when prospective franchise owners ask you if they’ll make any money in the first year, what are you telling them?

I hope you’re telling them something like what I suggested in this blog post. If you’re not, you’re definitely not being transparent. And, that’s a problem.

And, speaking of being transparent, the use of the word “Entrepreneur” in new franchise owner marketing materials is seriously lacking in the transparency department. (In the truth dept. too!) Because…

Generally speaking, franchisees are not entrepreneurs.

I used to say (without using the word, “generally“) that franchisees are not entrepreneurs. At all. Period. End of story. In a “there will be no further discussion on the matter” type of way. But, I’ve evolved a teeny, tiny bit. I’ve softened my stance. Kind of.  I need to take you back to…

That’s when I came up with the following title for an article I wrote for Open Forum by American Express.

Should the entrepreneurial-minded look into franchise ownership as a viable option to get into a business of their own?

Read the first paragraph of my article:

“That’s right. If you consider yourself to be an entrepreneur, don’t even think about doing it. It shouldn’t even be a passing thought. As a matter of fact, if you’re truly an entrepreneurial soul, I’m not even sure that I want you reading this post.”

I wrote the article to show Open Forum readers how franchisees and entrepreneurs are two different people. (If you’ve been following me-and my writings for awhile, you probably have a good idea of my feelings on this topic-so I’m sorry if some of this is a repeat. I always have new readers and blog post subscribers I want to keep in-the-loop.)

The article includes something really important…something every prospective franchise owners needs to know.

“Entrepreneurs generally don’t do well with rules. Instead of following the rules, they tend to make their own rules. Now, since the business model of franchising is a rather rigid one, (which is a nice way of saying that there are tons of rules) one would think that most, if not all, entrepreneurial-minded people would not be tempted to engage in a franchise business relationship.”

I’d like you to pop-over to Open Forum by American Express and read my article in its entirety-then come right back. Doing so will give you a better understanding of why I feel the word “entrepreneur” should be plucked from every franchisors’ new franchise owner marketing playbook.

Are you a franchisee? Do you consider yourself to be an entrepreneur? Why? (Or why not?)

Please comment below. (I’ve made it easy for you to do)

My Experience As A Franchisee

My franchise didn’t have a storefront. It did have an office. An office I signed a commercial lease for.

As a franchisee, I matched local residents who were interested in becoming franchise owners with franchise opportunities I represented. The franchisors paid me handsome commissions if I brought them people who purchased their franchises. I was a franchise consultant-a franchise broker. (Same exact thing)

Another key point; I had a playbook…an operations manual. But, I had a lot of latitude in how I marketed the franchise my father and I owned. We were able to use our entrepreneurial aptitude to attract new candidates. And, we did. I learned a lot about marketing. Good, old-fashioned marketing. For example, I wrote print ads for use in places like The Plain Dealer. (Their classified section) I also did seminar marketing, participated in local business expos, and pressed a lot of flesh in local networking groups.

My Situation Was Unique

The organization I was a franchisee with was a pretty loose one. 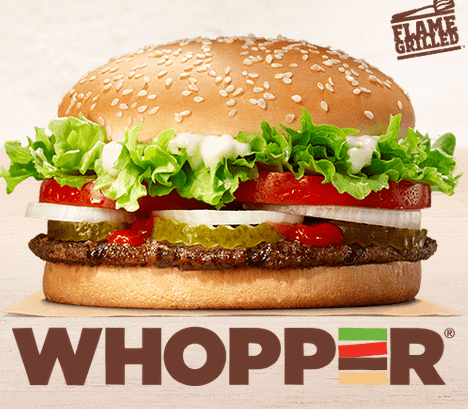 “Here’s how you make a burger…here is what the meat has to weigh, this is the mustard you must use, etc.” Pages and pages of recipes, along with several other items having to do with things like inventory control, payroll, hiring/firing, proper store signage…literally dozens of things I would have had to follow exactly-because of the type of franchise it would have been.

There wouldn’t be much room to be entrepreneurial.

That’s because the entrepreneurial part of the business was already taken care of by the person who created the business in the first place.

Given these points, if you own a franchise, or are a franchisor, please let me know your thoughts on franchisees being (or not being) entrepreneurs-in the comment section below. I’d really like to hear from you!