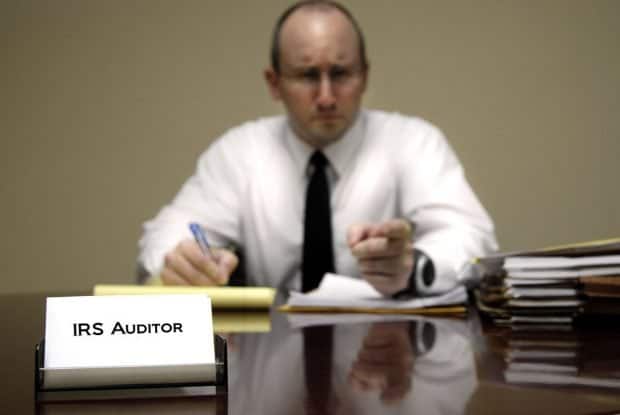 In this post, I’m going to show you how to get your “How much do franchise owners make?” question answered.

How Much Can You Make In A Franchise?

Without a doubt, one of the most important parts of your due diligence is finding out how much you can make in the franchise opportunity you’re looking into.

Now, unless you’re going to become a franchise owner because you want to save the planet, I’m thinking that making a profit may be one of your motives. If it is, you’ll be excited to know that I’m going to show you how to ask that money question, and how to get your answer.

Fact: Some franchisors provide some type of earnings claim in writing. Most don’t. That’s why you have to go to the existing franchise owners to get your information. You have to ask the franchisees.

Without a doubt, you’ll have many questions to ask franchisees-and all of them are really important to ask. (Of course their answers are pretty important too.)

But there’s one question that outshines them all.

“How Much Do Franchise Owners Make?

You need to find out how much you’ll make as a franchise owner. This is where the rubber meets the road. But how?

By using the right words and timing the question right.

That said, here’s an example of how not to ask.

“Hi Jim. My name is Billy Beenthere. I’m calling from Tulsa, and I’m looking into buying a franchise of 1-800-Flipper*. How much do you think I can make in the first couple of years?”
(*1-800-Flipper is a dolphin-breeding franchise. Kidding…there’s no such thing! I just liked the sound of the brand-name I totally made-up. I LOVE dolphins.) Anyway…

My question to is this: what are the chances that Billy found out how much he’d make as a 1-800-Flipper franchisee?

If your answer was no chance whatsoever, you’d be right. After all, why would that franchisee (Jim) of 1-800-Flipper want to answer that question? He really has no idea who it really is on the other end of the phone. (Nor does he care)

And the reason the franchisee he called doesn’t care who’s on the other end of the phone line is because they didn’t bond. At all. They didn’t have a chance to get to know one another a bit.

Obviously, Billy needs to do a better job of bonding with the franchisees he calls. If he doesn’t, he won’t get the crucial information he needs to make a decision on buying the franchise. 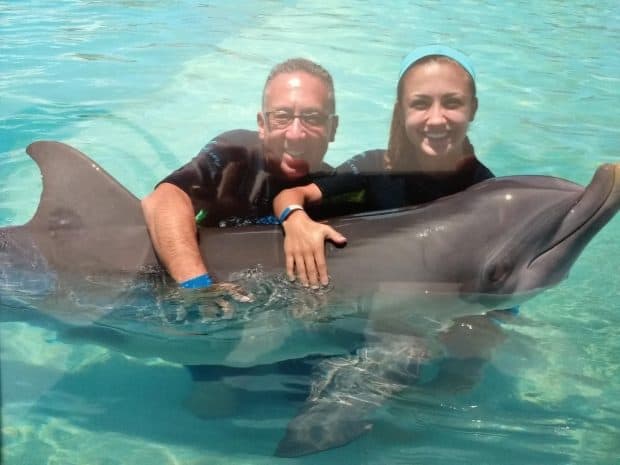 (That’s my daughter and I, swimming with dolphins at Atlantis-a few years ago.)

Now, I’d like you meet Caren Correct. Caren is a student. She’s a student of building relationships. And here’s how she asked the same question.

“Hi Jim. I’m thinking about becoming a fellow franchise owner of 1-800-Flipper, and was hoping to ask you a few questions to see if maybe I would be a good franchise owner for the concept. Is this a good time?”

Do you think that Jim will at least stop for a moment to consider if he can spend some time on the phone with this fine lady, now? (Or arrange a better time?)

It’s all in the words.  The “How much money can I make as a franchise owner,/em>” question needs to be asked correctly.

Let’s assume that Jim makes the time to talk to Caren. Caren’s questions may include;

So far, Caren is doing exactly what I recommend to the would-be franchise owners that I help.

But, do you know what she’s not doing?

She’s not asking anything about earnings. Yet.

In any event, Caren could still stumble here. She may feel comfortable enough (now) to ask Jim how much he’s making. (Which will get her “How Much Can I Make” question answered.)

Without question, Caren needs to wait.

Specifically, she needs to schedule a 2nd phone call with Jim.

Clearly, this may be frustrating for Caren, because she really wants and needs to know how much she’ll be able to make. Because if her ROI isn’t enough for what she’s willing to invest in that franchise, than she’ll need to move on to another opportunity. The other “opportunity” may end up being a different franchise concept, or she may even decide to get another fantastic job.

(Which she scheduled with Billy)

“Hi Jim, it’s Caren. I’m calling back as promised. Is this still a good time?”

Jim: “Sure Caren. Were you able to talk with some more franchise owners since out last call?”

“Yes, I’m getting a lot of great information!”

Jim: Fantastic, what other questions can I answer for you?

(At this point, Caren is scanning through the 50+ questions I’ve included in my new eBook, “The Definitive Guide to Franchise Research.” ) 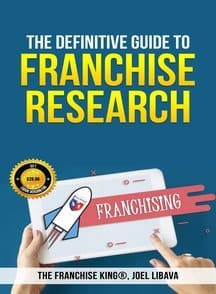 Caren asks a few more questions, and finally gets to “The One.”

“Jim, if one were to buy a franchise of 1-800-Flipper, how much could one expect to make in the first, and second year?”

Now, let’s look at this question for a moment. What do you notice?

Caren is asking “The Question” in the third person. She’s using the word, “one.”

Jim does not feel threatened. (Sometimes, franchise owners clam up. They get paranoid. They may think that you’re an IRS agent. Or worse!)

That’s the reason that most people find it difficult to get “The Question” answered. They’re not asking it right!

Caren did not ask Jim how much he’s making. Caren is not asking how much she’ll make. Caren is asking the question in a general, and generic way. She’ll get her answer.

This technique works. And how do I know?

Because I’ve personally helped a lot of people get into businesses…and they’ve told me it works.

Now, go out there and find out how much you’ll make.

Tip: Use all of the other techniques included on my eBook to get all the answers you need.

So you can be your own boss.

As the owner of a profitable franchise business.