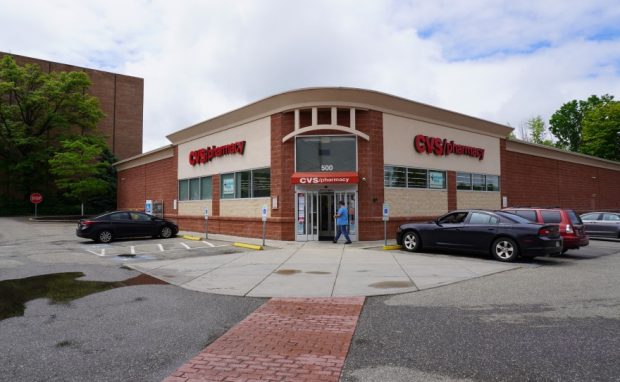 A question: is CVS a franchise? Have you ever wondered that yourself? They sure have a lot of retail locations. Heck, there are two of them within 3 miles of my Castle in Ohio.

As a matter of fact, I’ve never walked into that particular CVS Pharmacy where the visual I described above was any different. There are always hundreds of prescriptions sitting there ready for pickup. There may even be thousands. Maybe I’m underestimating, I don’t know. But I know this:

CVS Pharmacy stores are killing it. They’re bringing in crazy-high revenue. Every. Single. Day. Talk about a franchise-ready business!

So is CVS a franchise?

Ahhhh…no. It’s really too bad you can’t own and operate a CVS store as a franchisee.

Scratch that: It’s too bad I can’t buy one.

I don’t know enough about the retail pharmacy business to know what the typical product margins are for prescription drugs off the top of my Crown. But, I did look* around a bit to find out what they were. Without going into a lot of detail, here’s what I found:

1. Brand-name prescription drugs have a pretty low profit margin. Anywhere from 5% to 14% or so.

2. Generic prescription drugs have a huge profit margin…up to 88%!

Forgetting some of the variables that come into play in the retail pharmacy business, like administering vaccinations, whether or not patients are on Medicare, or they’re paying in cash, volume is the name of the game. And, CVS has it.

*You are welcome to go to DrugChannels.net to take a deeper dive into the retail pharmacy profit margin numbers.

Obviously, the way to go, if you’re a retail pharmacy company like CVS, is to focus on generic drug sales. Let’s assume the executive team at CVS headquarters in Woonsocket does.

I Wish CVS Pharmacy Would Franchise Their Business

I can imagine the feeling I would get as a franchisee of CVS…doing my end of the day duties…in this case, adding up the day’s receipts from my retail pharmacy location.

I’m talking thousands of receipts, and they’re not only from the pharmacy. Think about all the people that come into the store for other things.Like, shampoo, first-aid products, beverages, school supplies, printer ink, light bulbs…and more. People who didn’t have to come in for a prescription. You see, owning a CVS Health Pharmacy would be so much more than just dispensing drugs.

Adding up the day’s receipts would be well…fun!

Can you imagine what the numbers would look like?

That would mean that…

Heck, let’s just cut that number in half.

From one store. Annually.

And, the size of the store-in square feet?

So, the store itself is not that large.

How would you like to own a franchise business that does $3 million-$4 million in annual sales?

Better yet, how would you like to own 3 or 4 Pharmacy Franchises?

One more thing: Gross profit margins for CVS stores hovered around 18.20%. After expenses, net profit is around 3%.

So, if I owned just one CVS Health Pharmacy…if CVS Pharmacy sold franchises, and I was a franchisee of only one 10,000 square foot store, I’d make about $300k a year (at least).

Unless I owned a really rocking store. Then I’d probably make close to $500k a year.

I wonder of The Retail Doctor® agrees?

I Would Find A Way To Own A CVS Franchise

If CVS Pharmacies sold franchises-and they would let me in to become one, I’d find a way to be an owner.

And, what do think the outlook for pharmacies are?

Do you think our still-growing senior population…a population that wants to-expects to live longer lives will be good CVS Pharmacy customers?

“CVS fills or manages 1.7 billion prescriptions each year and has captured one third of total U.S. prescription growth since 2008.”

It’s amazing what you can learn.