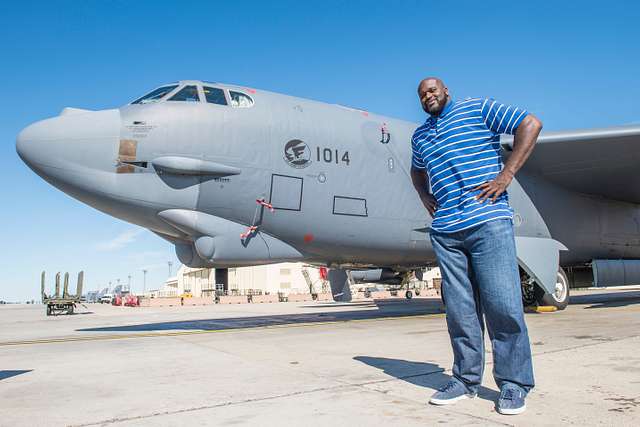 So what does Shaq own?

Specifically, What franchises does Shaq own?

What other businesses does he own and invest in?

What are his future plans?

Before I get into Shaquille O’Neal’s brands and franchise ventures, including the list of businesses Shaq owns, here’s a little information about Shaq. How big is Shaq?

He’s 7 feet 1 inches tall and weighs around 325 pounds. There aren’t too many current or former NBA players that big.

Good stuff from the big man, on CNBC.

A Little About Ex-Professional Athletes And Business

Unfortunately, there are ex-professional athletes who are never heard from again after they retire.

With that being said, there are ex-professional athletes who make a bit of a splash after they retire, then fade into the background. Can you think of any?

Then there are the ones who build business empires. Like Shaquille O’Neal. Shaq owns significant Franchise business empires like Auntie Anne’s, for example. And because of that, Shaq’s net worth has increased.

And as an added (important) bonus, Shaquille studied business at LSU.

Would You Like To Get To Know Shaq A Little Better?

Here’s a great interview of Shaq, in which he discusses the many franchise businesses and restaurants he owns (including 150 car washes), and his entrepreneurial philosophy, courtesy of The Wall Street Journal:

What Does Shaq Own? Shaq Franchises: (Updated)

In most cases, Shaquille O’Neal owns multiple units of these franchises.

And according to USA Today, Shaqille O’Neal said he’ll likely invest in BKFC, the bareknuckle organization founded in 2018 by Dave Feldman.

In addition, Shaq purchased a Krispy Kreme franchise business in Atlanta. (A location that’s been around for 60 years!) I guess Shaquille O’Neal likes his doughnuts.

Congrats! Can I get an autograph?

Shaquille O’Neal Documentary Series Starts In November On HBO
From Variety:
“The new documentary series details the life of the legendary Lakers champion from sports phenom to cultural figure. Per HBO, the doc “chronicles Shaq’s ascent to superstardom, as a dominant force who won four NBA championships, as well as his business career.”

Shaquille O’Neal Wants To Buy An NBA Franchise
According to reports, Shaq is ready to buy the Orlando Magic basketball franchise. How great would that be?

An owner of several restaurant franchises, this is Shaq’s first venture from scratch.

Asked if he’d compete with Popeyes, he said “absolutely, and we don’t run out of chicken– ever.”

With that in mind, Shaq’s entry into the chicken side of the fast casual market must mean that chicken restaurants remain hot!

Finally, go here if you’re interested in a Shaq’s Big Chicken restaurant in your own area.

Are you ready for a surprise concerning a couple of retailers Shaq owns?

Watch this video (at the 37:46 mark), as he talks about the fact he owns JC Penney and Forever 21. As a matter of fact, Shaquille O’Neal owns 50 different brands. I’ll let him explain.

Now it’s great that Shaq owns a lot of franchises and other businesses. But has doing so helped Shaq’s net worth?

I’m happy to tell you that it has. Wait…can you believe that about Forever 21 and JC Penney?

So what is Shaq’s net worth?

Shaquille 0’Neal’s net worth is reportedly $400 million and growing.

And that “growing” part may have to do with the fact that the former basketball player also owns a shopping center, a movie theater, and several Las Vegas nightclubs.

Finally, would you like some smart financial advice from Shaquille O’Neal-who took business classes at LSU?

“The PAFI is a strategic initiative of the International Franchise Association. It’s a bridge that connects the professional athlete community to the franchise community through education, research and interaction. PAFI fulfills its mission by partnering with stakeholders in the professional sports and franchise communities to build education based programming for professional athletes interested in learning about the franchise model and franchisors and suppliers interested in discovering ways to open doors to this niche audience.”

My opinion:
It seems like a good program, and I like the guy (Stan Friedman) who runs it. But why is the franchise industry so focused on getting ex-professional athletes involved in franchises like Five Guys Restaurants and Papa John’s?
For the answer, please take a couple of minutes to read this snarky article.

The PAFI is no more. Why? I have no idea.

Time for a pizza party! I’m excited to join @PapaJohns as a member of the Board of Directors and investor in 9 stores in #Atlanta. Excited to work with Papa John’s team members and customers – more here: https://t.co/PRXG7ORtFk pic.twitter.com/c5uj5BRuQ1

If I had the opportunity to sit down and talk to this sports (and business) legend, here are more questions I’d ask:

What other franchise businesses/brands are you looking to add to your portfolio, Shaq?

Any other franchises, companies or brands you’re looking to own?

Have you ever met him?

Please Share This Article!
19Shares
Note: When you buy through links on our site, we may earn an affiliate commission.