Union officials are fooling themselves if they think the recent NLRB decision will help them weasel their way into the franchise industry. I mean really?

I’m sure that thousands of workers-the ones who are already just scraping by on 9 bucks an hour are going to be enthusiastic about paying an initiation fee to join a union-and then have money taken out of their measly paychecks each and every month. Even if they got a raise. And, not only will workers who join a union-any union, have to pay the fees I just mentioned, they’ll have to sign a bunch of paperwork and agree to follow pages and pages of union rules. Sounds appealing, doesn’t it?

Do you really think that hourly employees in fast food restaurants are going to want to put up with all the B.S. that goes along with being a member of a union? I don’t. Especially if some of them are just kind of going from low-paying job to low-paying job. Or, are only part-time.


Unions Are Pretty Much Done

My daughter almost applied to be a cashier or packer at a local grocery chain for her summer job. Almost. I told her not too. Here’s why:

Because she would of had to join a union.

Really? To work a part-time hourly job for 4 months?

I told her it would be a dumb thing to do. It would have been stupid for her to start a new job and immediately pay an “initiation fee,” and then have $8 a week taken out for “union dues.”  I mean what would that money be used for? For her? Not. She wouldn’t have been employed long enough to get any real benefit. The union employees would have been the real winners. They’d still get their paychecks because another part-time sucker joined.

Unions are weaker than ever, people.

That’s why entering franchising is so darn appealing to union executives. They’re worried about their own paychecks. It’s a last-ditch effort from them. To remain viable. To remain in business. To get paid.

When was the last time you heard anything positive about a union?

Negative stuff? That’s easily remembered. Like all the great the stuff you hear about the teacher’s unions. Like the fact that the unions want to keep each and every teacher employed even if they’re sucky.  According to Politico, “The share of Americans who see teachers unions as a negative influence on public schools shot up to 43 percent last year, up from 31 percent in 2009. ” It’s because the union heads are focused on the wrong things.

Has your child ever had a lousy teacher? 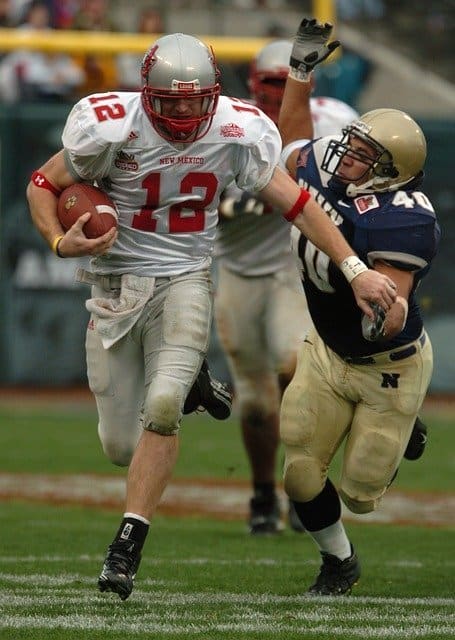 What about the recent talk of setting up a union for college football players? Really? I don’t think they need a union. I think they just need to be compensated. But, not by a middleman (a union) which would only add to the complexity of compensating student athletes and line the pockets of the union heads. Right?

Leave it to Steve Caldiera, the president of The International Franchise Association (IFA), and Washington D.C. lobbyist extraordinaire, to get the entire franchise industry in a tizzy over the possibility of union infiltration. Really Steve? Are you sure this isn’t just another attack on President Obama? That’s what you seem to be good at.

FYI: I’m not a huge fan of our President as of late, but the “other” ideas coming in are….wait. No other ideas ever come in. It’s just an all-out war from the Right. All the time. It’s always “Obama’s fault.”

I’d like to congratulate Steve Caldiera. He has (all by himself) turned The International Franchise Association (an association that’s supposed to be focused on improving franchising and helping its members. It’s mission: To protect, promote and enhance the franchise industry), into a Conservative anti-Obama lobbying organization. Way to go, Steve. It’s been very helpful. To both our country and to your members*.

*It’s possible that not all IFA members are Republican. Some of them may vote Democratic. And, some of them may not give a crap about Caldiera’s political views. Maybe they joined the IFA to get more educated about their industry, and to connect with other like-minded professionals.

One more thing about the IFA President: I don’t even know if Caldiera likes franchisees.

“Putting leaders in who oppress franchisees seems to be a pattern for the International Franchise Association. A year ago to date, Stephen Caldeira abruptly left his position as executive VP of communication and chief public affairs officer at Dunkin’ Brands, amid internal controversy and bitter disputes with the company’s franchisee community. But tomorrow is a new day. As the International Franchise Association begins its summer board meeting at the Boca Raton Resort & Club, Caldeira will be basking in the limelight as IFA’s newly appointed president and CEO, while members welcome him into the fold.”

Enough about the IFA’s fearless leader. He’s probably a nice guy. He’s just too political…and he’s way too obvious about it. Maybe that’s why Fox News offered to buy the IFA.

Don’t be paranoid. Especially if you’re thinking of buying a franchise business.