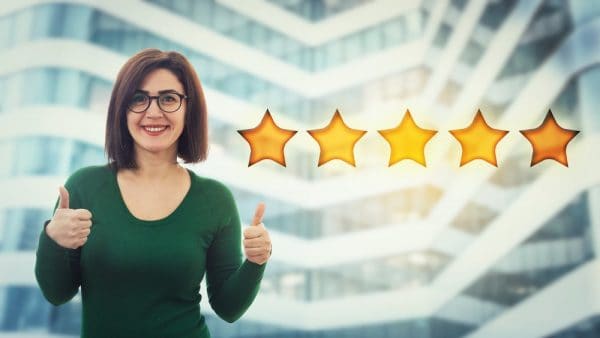 Let’s jump right in.
Should you trust business franchise reviews?

It’s a great question to ask yourself, especially if you’re smack dab in the middle of looking at franchise business opportunities, and you need factual answers before you plunk down a couple hundred thousand dollars. After all, you just want the truth, right?

In this specific instance, you need to know if the franchise company is legit, and you definitely need to know how much you can make a year as a franchise owner.

But are you getting the unvarnished truth from reviews of franchise business opportunities on franchise “review” websites?

And does a website like Franchise Business Review “sort of act like the ‘Consumer Reports‘ for the franchise industry” as stated in this article on CNBC.com? Let’s find out.

It’s Easy To Get Basic Information On Franchise Business Opportunities

These days, access to the internet, along with a PC, Tablet or Smartphone is all takes needed to get basic information on franchises. Sometimes, you can even find the best franchises just by searching online.

In general, all you have to do is choose a high-quality franchise opportunity portal and start searching for information on franchises.

However, If you want to get real information on the franchise opportunities you’re potentially interested in including franchise owner reviews, you’ll need to go deep. And the internet, if used correctly, can help* you do just that.

*The internet is a tool. You can locate great sources of information if you know how to use it. For instance, you can find extremely detailed how-to’s on the internet.

In spite of that, it’s important to realize that the internet can’t get you some of the specific information you’ll need to have in order to make an intelligent yes or no decision on a particular franchise business opportunity. For that kind of information, you’ll need to go to the source. You’ll need to contact franchisees.

But what if a place existed where instead of calling franchisees, all you had to do was read what they had to say about the franchisor…and the opportunity?

Franchise Business Reviews: Should They Be Trusted?

Let me start off by sharing this important fact:

Companies that provide franchise reviews are not non-profit companies.

To put it another way, money changes hands. That fact alone begs this question: Are franchise business reviews legitimate? And this one: How is the money changing hands?

How Are Franchise Reviews Obtained?

In one case, a franchise review company obtains reviews by offering “participation” in the research/review process for free.

Note, the “reviews” are not offered to franchisees. They are offered to the franchisors. (Because that is where the money is) In fact, franchisors are paying for reviews-although they’re not required to pay to get the results. What? I’ll explain.

To demonstrate what I mean, check out the following scenario.

A franchisor with 20 franchisees decides to have one of the franchise business review companies do a “research” study. 12 franchisees agree to participate.

In this particular case, the study shows that 9 of the 12 franchisees surveyed are very, very unhappy. They’re not happy with the franchisor and they aren’t making a lot of money. This leads to the next step.

Now at this point, the review company offers to consult with the franchisor to help them have happier franchisees. These consultations are not free. (How could they be?)

In a nutshell, if the franchisor pays for a review consultation, what probably happens next is a new survey is put into motion. (A few months later.)The franchisees are questioned again, and in a perfect world, more of them are happier. Success! The franchisor is then offered a (paid) way to promote the fact that they have “satisfied” franchisees-and the “reviews” will be published.

Note: I based that scenario on information I found online. Since I don’t work for any franchise review companies, I don’t know the exact methods they use to extract money from franchisors so they can publish the franchise reviews. But my instincts tell me I’m pretty darn close.

Furthermore, the companies that do these “reviews” are 100% not like “Consumer Reports.” Not at all.

First of all, Consumer Reports’ revenue is generated by subscriptions. Consumers pay for printed magazines and/or online access to reviews. On a site like Franchise Business Review, consumers are free to download as many of these reviews as they want. Heck, I just downloaded one.

The franchise review I downloaded was for a business coaching franchise. On average, franchisees rated the opportunity a little over 4 out of 5. (5 being excellent) Not too shabby.

Except, I wrote a review of the same business coaching franchise opportunity, and it was ranked…well…maybe you should see for yourself.
Look

Finally, Consumer Reports does not encourage you to “contact one of these brands directly through their profile pages” like some of the franchise review sites do. Smells like marketing to me.

What if a franchisor agrees to have her franchisees called by a franchise review company for a research study, gets average-or better than average results, and decides not to pay for consulting, or any other services? What happens? Do the reviews get published?

I have no idea.

Maybe they do-to keep things honest. (Or honest in appearance)

Then again, maybe they don’t get published. (I wonder who decides-and how it’s decided)

In the final analysis, there are more questions than answers when it comes to franchise review websites, their legitimacy, and the reviews that are published on them.

Determining which franchise business reviews were obtained and published as part of a paid franchise marketing* program, and which ones were not, is almost impossible.

They’re being done as part of a paid franchise marketing program.

Scratch that: The franchise reviews/research you see on websites that have names in their titles like:

*If you need to know what a “free” franchise consultation really is-in most cases, you need to read this article.

And here’s a radio interview of me talking about franchise reviews.

Where Real Franchise Information Comes From

For the most part, the real franchise business information…the type of information you need to have in order to make an informed decision on buying a franchise, comes (directly) from the franchisees.

But do you really want to “read” reviews from franchisees that are published because the franchisor paid for them as part of a marketing program to find new franchisees?

Do you want to talk to franchisees personally to get their reviews? (Without franchise marketing money getting in the way.)

If so, you need to use this guide to learn how to get franchisees to tell you everything.

Given these points, the choice is yours. And seeing that it’s your money we’re talking about…