You are here: Home / Coaching Franchises / My Review Of The ActionCoach Franchise Opportunity
Follow @FranchiseKing 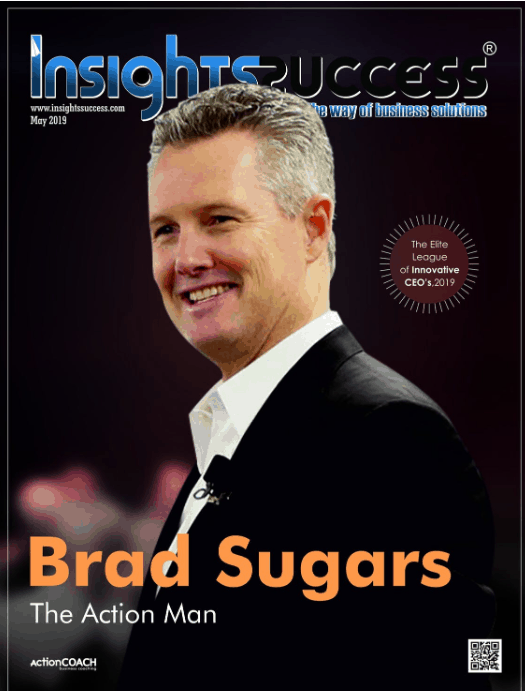 In this post, I’m going to do an Action Coach (ActionCoach) franchise review. Why?

Because if you’re looking to buy a business coaching franchise, especially an ActionCoach franchise, you need to know the facts.

To begin with, there are thousands of business coaching businesses around. Some of them are good. Some are not.

But did you know that some business coaches are actually franchisees?

That said, here is my ActionCoach franchise business review.

Brad Sugars, who I met many years ago, “is a world-renowned Australian entrepreneur, author and business coach who has helped more than a million clients around the world find business and personal success.“

He’s also the founder and CEO of ActionCoach-which used to be called Action International. And I got to meet him when I was a franchise broker. That’s because he was a speaker at one of our conferences.

His presentation was weak. Especially since Sugars was supposedly a talented, professional speaker. He wasn’t. As a matter of fact, I don’t remember anything he said. Admittedly, I didn’t like the guy…and that was before he showed up. But there’s more. An ActionCoach review shouldn’t just be about its founder.

I was asked to lunch by the local ActionCoach Master Franchise owner when I was a broker.

The lady that owned the franchise seemed nice. She wanted me to send her my franchise candidates, so she could sell more ActionCoach franchises in our local area. I remember being totally unimpressed with the franchise concept.

A few months later, I met someone who was a local business coaching franchisee of ActionCoach. Great guy…we’re friends, today. He shared with me that he was having problems. His problems were revenue-related. As in he couldn’t make any money doing Action Coaching.

And later that same year, I met yet another local ActionCoach. She was struggling big-time-and eventually had to close her franchise down. So, now I knew 3 business coaching franchisees who were with ActionCoach. Then this happened.

A few months…maybe a year later, all of the Action Coaches I met went out of business..

Then the Master Franchise owner sold her franchise to someone from Pennsylvania. We’re in Ohio. I met him, too. He tried (unsuccessfully) to convince me to send him my franchise candidates…so he could sell some coaching franchises in my area.

Sorry; there was no way I was going to present ActionCoach to anyone. Seeing people fail…people that I now knew, was just too much. I couldn’t see myself presenting this coaching franchise opportunity to local area residents-including military veterans who I sometimes advised, with a straight face.

Bluntly, I just didn’t feel very confident about their services and products. If Sugars was so smart, and so successful, why were his business coaching franchisees failing- and not just the ones in my local area. It all starts at the top, right?

Is ActionCoach A Pyramid Scheme? 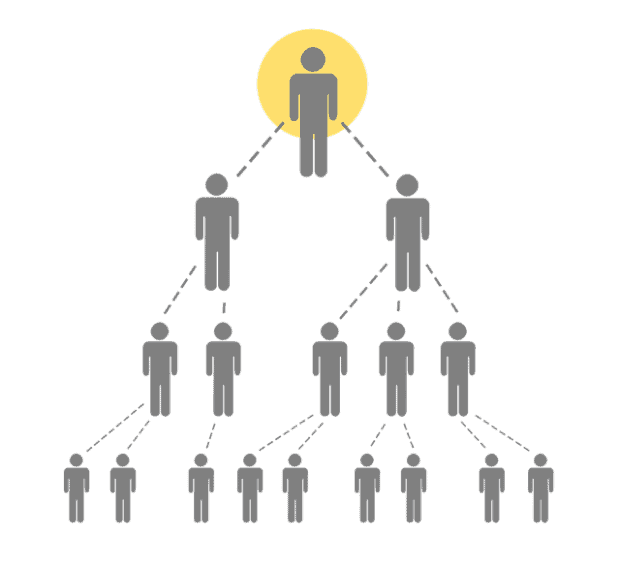 A few times, when I did a search on Google for “ActionCoach reviews,” this came up:
Action coach pyramid scheme

Now I don’t know why the words “pyramid scheme” comes up, but it’s concerning.

But is ActionCoach a pyramid scheme?

A Shady Industry You May Not Be Aware Of

A few years ago, the word “scam” frequently appeared toward the top of the page when you did a Google search for “Brad Sugars” and/or “ActionCoach franchises” Strangely enough, it’s not the case anymore. But why is that?

Well it certainly isn’t because of anything positive Brad Sugars has done.

To be clear, I don’t have proof of what I think happened. No receipts. No work orders addressed to people who work in “a global reputation management industry offering to cover up past arrests, poor customer reviews, allegations of fraud, and other character-killing online content. These campaigns can pollute the online information ecosystem and enable people to hide important details about their lives from potential employers, customers, and romantic partners. Along with adding to the epidemic of fake social media accounts, they also litter legitimate websites with false information.”
Read more about this crazy and harmful industry

As I said, I don’t have proof that Sugars paid a firm to manipulate and suppress all of the negative reviews, lawsuit mentions, and other assorted things about him.

Except that 90% of the stuff is gone.

And he probably had enough money to do it.

My ActionCoach Review Gets Worse

From Rip-Off Report.com:
“Brad Sugars aside, my main concern is that I have seen time and again ActionCoach convince people to buy this franchise who are clearly not well suited to do this. Being successful in this business takes a very unique personality, level of confidence, work ethic, and background. I just spoke to a gentleman about 2 weeks ago who bought into this franchise then was sold into the idea of buying a ‘firm’- a model that ActionCoach has yet to see work profitably on anything resembling a consistent basis. He has now spent $300,000 from his retirement savings and is broke. The turnover rate for this franchise is alarming. I went to training with about 30 or 40 people and to my knowledge most of them are now gone- not one having successfully resold their franchise, most of them just run out of money.”

In fairness, things may not be all negative at ActionCoach. But a lot of ActionCoach reviews certainly are.

And speaking of ActionCoach reviews, here’s a portion of a comment from the same website:
“Nobody has encouraged or told me to add this update (or knows who I am even). When I wrote the above statements I was very wrong in what I said and I had no right to make those comments. I wish I could delete the entire post. This is the first time I have learned my lesson of how things on the internet stay around. I apologize to Brad and to anyone who may have read the above post as it really is hear-say and unfair and I’ve since come to understand that most everything written is untrue. I was VERY frustrated (and afraid for my family financially) at the time of writing it and I was (unknowingly) blaming all of my shortcomings on Brad and Action. I’ve since learned the biggest lesson of my life: how damaging living ‘below the line’ (i.e. not taking Responsibility for my own shortcomings) is to myself and also to others. While at the time of writing them I thought they were true, I have unwittingly wronged Brad and Action in the above comments. ActionCOACH is a great company full of GREAT people, and I do believe that I targeted Brad just because he is the leader of it and because I resented the fact that he has lots of money.”

Incidentally, if you want, you can read pages and pages of comments over at the Rip-Off Report website.

ActionCoach gives its franchisees access to over 3,500 strategies and tactics to use, along with formal training. Once you’ve been trained, you’ll open your office up (usually a home-based one) and start coaching. Well, not really. First you need to find people to coach. They’re not going to drop out of the sky, though. You’ll need to some heavy cold-calling. And, then you’ll have to do some heavy selling. That’s the life of a business coach.

That said, I’ve found that there are some people who are great at business coaching, but poor at selling…and aren’t cut out for cold-calling. Of course, the opposite is true, too.

According to their franchise website, they have over 1,000 coaches spread out in 26 counties. The total up-front investment for a single coaching franchise is around $70k.

Pros: Everyone that I’ve talked to over the years tells me that the materials ActionCoach provides to their franchisees are top-notch. In other words, the things that the coaches bring to a client’s table are high-quality. The franchisees have the potential to get a good return on their low up-front investment, as margins are high. (Coaches are selling their time) And, small business owners who engage good ActionCoach franchisees could benefit from getting coached.

Cons: Most of the negatives about this franchise have already been disclosed. This is a case of a franchise that has a lot of potential -both for prospective franchisees and their prospective clients. The problem starts at the top. Franchisees know this. Those in the franchise industry know this.

Finally, I need to tell you that a friend of mine in franchising-who shared some negative and truthful things about Sugars and his coaching empire (?) had his site hacked shortly after he disclosed said information. My friend told me point-blank that he thought that Sugars-who has a lot of money, somehow got in and messed his website up for a while. He couldn’t prove it, as these things are hard to prove. 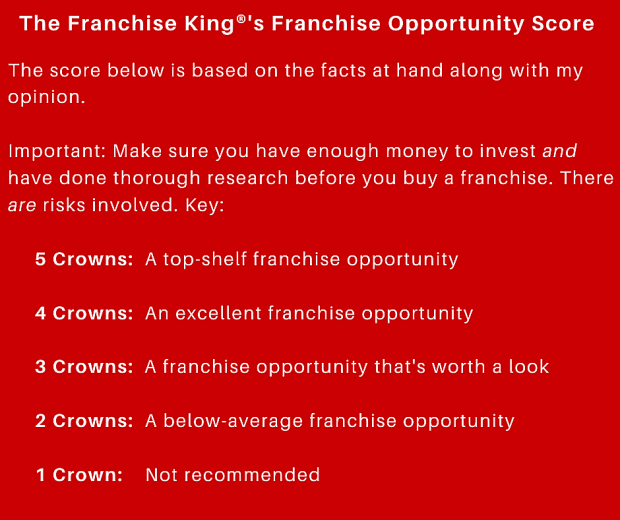 The ActionCoach opportunity has not proved to be a winner. At all.

Maybe when Sugars leaves it will get better. maybe.

What do you know about Sugars and ActionCoach?

Have you ever hired an ActionCoach franchisee to coach you?

Have you ever been an ActionCoach franchisee?

Have you read other ActionCoach reviews?