There really is only one reason. 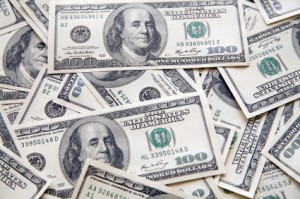 With two years of pretty much no cooperation from the banks with regard to lending money for franchise business start-ups, the largest franchise organization in the US has made a choice; they’re going where the money is. In this case, they’ve chosen to focus on prospective franchise buyer’s that don’t need small business loans; millionaire professional athletes.

Hear me out. The paranoia that you may be sensing comes from deep within the heart of my personal franchise business philosophy;

Being a millionaire doesn’t automatically qualify one for franchise ownership.

I know this from personal experience. As someone who regularly provides guidance to people that are interested in exploring franchise ownership as a path to freedom and financial success, I’ve turned away dozens of potential clients who were multi-millionaires. It wasn’t because they were mean or anything like that. It was because they weren’t franchise material. Their personality traits would not have been in line with what’s required as the owner of a franchise-type of business. In other words, they would have never followed The Rules.

I remember one client who contacted me for assistance in her franchise search. It was a lady who had a $1 million+ net worth. She wanted to invest in a franchise business so that her daughter, son-in-law, and grandson could own their own business. That’s a pretty good client to have, and most franchisors would love to see several clients like that a month. Except that she wasn’t really an ideal candidate for franchise ownership. here’s why;

She attempted to control the entire franchise discovery process.

I had come up with a couple ideas for her that I felt could be good ones to at least look into. She liked my suggestions enough to ask me to make an introduction, so I did. Things rapidly deteriorated soon after. 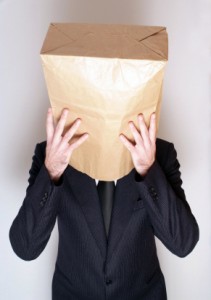 The franchisor that she was really focused on learning more about was the first one to make contact with her. The franchise development director ended up being on the receiving end of a barrage of mean-spirited questions that were asked of him by my client. These weren’t your average run of the mill, “so tell me more about your franchise concept” types of questions. No sir. These were the types of questions that you might hear from an aggressive defense attorney during a major trial. Put it like this; the questions that my client was asking were ones that should have been possibly be asked towards the end of the franchise discovery and research process. Maybe. (And in a much nicer way.)

After she asked her questions, (in a very rude and extremely condescending way) she gave the franchise development representative a list of things to do. It gets even worse; she tells him to send the information she requested about the company to her lawyer.

That’s not how to go about, “learning more” about a franchise that you’re interested in. What do you think the franchise development representative did right after that call?

He called me! He asked me where I had found this, “prize” of a candidate. I’ll give him credit, though; he hung in there with her for one more call.

Then he informed here that they, “weren’t interested in having her as a franchisee,” and that “their conversations were officially over.” She would have been a nightmare to deal with as a franchisee, and would have never followed The Rules.

Do Professional Athletes Ever Have Issues With Rules?

Well, that’s certainly something that never comes up. Every professional athlete that I’ve ever read or heard about has been 100% compliant with every rule that was ever instituted. They have absolutely perfect records, when it comes to rule-following. A. I’m a dog-lover. I don’t forgive Michael Vick for staging and betting on dog fights. I have no use for the guy.

B. I’m not a huge baseball fan. I like baseball, but I don’t go to more than one game or so a year. Mark McGwire cheated me. Anyone who’s admitted to using steroids, and who holds any type of record in sports, should have their records erased. An * is not enough.

Actually, I do think that it’s a pretty good idea to court professional athletes. Most of them probably do follow the rules, so that may not turn out to be an issue. They certainly do have money. That’s obviously a plus. And they can’t play in whatever sport they’re in forever; they probably have to do something when they retire.

According to what I read on the PAFI website, the big-name players aren’t really the ones that are being sought. It’s the lower-tier, (income wise) ones that are being looked to now. That makes sense; why would someone with a $40 million net worth want to run another business?

According to Stan Friedman, a franchise industry veteran who’s on the board of directors for the PAFI, “the Professional Athlete Iinitiative uses a coaching style to educate athletes about franchising and earn certificates to make them more attractive to the franchise companies.” Read more about this in The Orange County Register.

I hope that some high-profile and high-quality professional athletes do end up investing in franchises. I also hope that each time they do, they’ll get major publicity for their involvement. I also hope that they’ll include lots of events that can take place at their franchise businesses, on the local level. Our communities need all the help that they can get. Income-generating activities are very, very welcome, these days.

While there won’t be enough franchises started because of this initiative to truly become a game-changer for our industry, any new small business that can be started now, and that has staying power, will help all of us.

Do you know about the new franchise book? 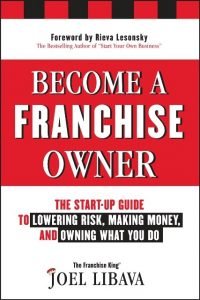