Once upon a time, there was no internet. No World Wide Web. 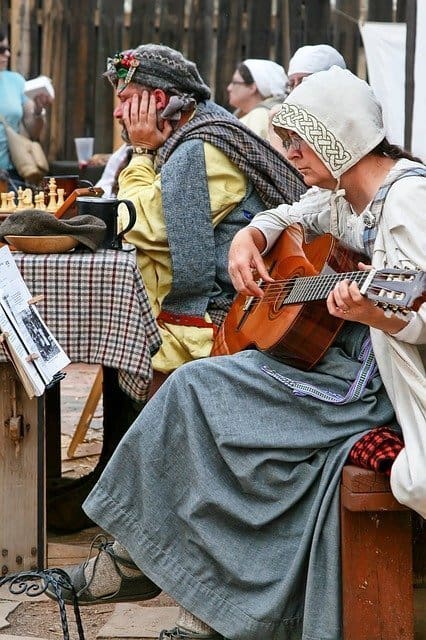 But, seriously, there wasn’t an efficient way for prospective franchise buyers to check out potential franchise opportunities. Clicking from one franchise website to another didn’t happen. It couldn’t happen…because there weren’t any websites to click to. How sad. 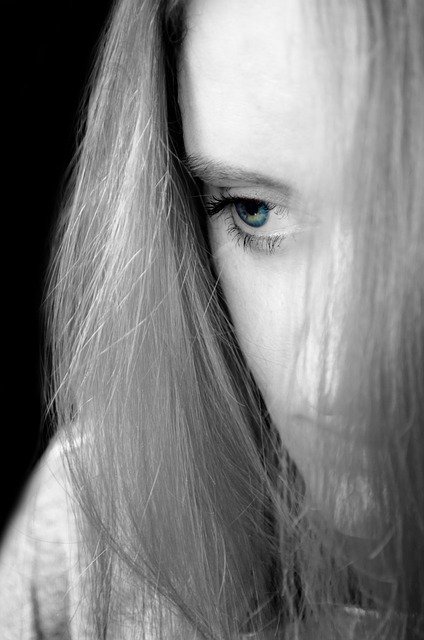 People looking to be their own bosses back then (pre-2000 or so) had a few choices. They could:

1. Drive up to their local library and thumb through business magazines and the classified ads always posted in the back of them.

2. Go to their local bookstore and do the same.

When people found an interesting franchise or business opportunity using one of those techniques, they would make contact with the company. Once that happened, the franchisor would send the prospective franchise owner a franchise brochure-through the mail-days, (or maybe even a full week) later. I guess we were a pretty patient bunch back then.

So, what does that brief history lesson on how people used to find and learn about franchise opportunities have to do with the title of this blog post?

I have no idea. 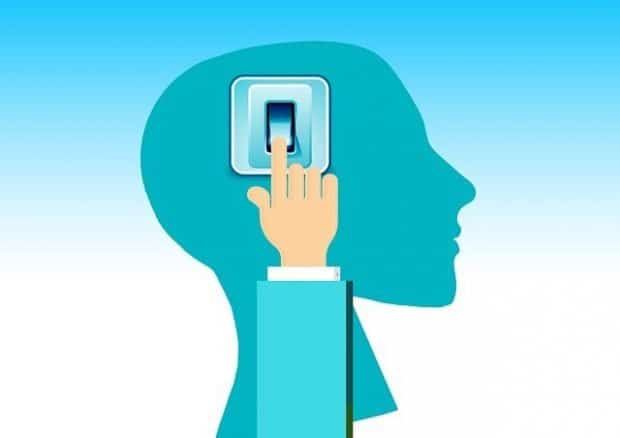 One thing I was able to retain (early on in my franchise career) and it’s something that continues to guide me today, is a sentence I read in a franchise brochure.

FYI: I used to have a huge stack of franchise brochures in my office. They were my sales tools back when I was a franchise broker.

I still have a few. Here’s one from Express Employment Professionals. 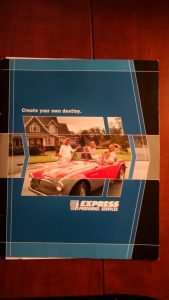 Now, about what I was able to retain…

Franchisors: Ignore This Piece Of Advice At Your Own Peril

The advice for franchisors is forthcoming.

Here’s the sentence I was able to retain-as a matter of fact, it’s permanently embedded in my memory cells:

That sentence was included in the Maid Brigade brochure I had in my desk drawer. Don Hay, the president and CEO of Maid Brigade at the time, wrote it and lived it. Sadly, a lot of franchisors don’t. One in particular comes to mind. It’s a biggie. 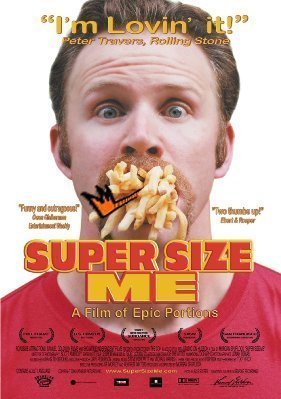 “According to the July edition of a franchisee survey conducted by analyst Mark Kalinowski, franchisees gave McDonald’s an average rating of 1.69 out of 5 for its six-month business prospects in the U.S.”

From the same survey reported on by MSNBC.com:

“At least half of the operators in my region are on [the] verge of collapse. With minimum wage for fast food workers potentially increasing to incredibly high levels, we are facing a crisis situation.”

When was the last time you saw the word, “crisis” and McDonald’s in the same sentence?

I’ve been offering my business advice to McDonald’s for a couple of years now. Admittedly, my advice has been unsolicited. But, it’s damn good advice. Really!

The executives at McDonald’s should have taken my advice concerning their Double Drive Thru’s a couple of years ago. They would have had happier franchisees and happier customers by now.

I wonder if anyone at corporate read this article in which I sided with them-and not the franchisees.

I know someone read the interview I did with their CEO.

I hope someone in Oak Brook reads the one you’re reading now.

Because, franchisee profitability is what the CEO of McDonald’s needs to focus on. He needs to find a way to get his franchisees profitable again. And, fast.

He needs to stop focusing on the shareholders. They don’t matter now.

The franchisees have the power.

The power to make or break the McDonald’s empire as we know it.

He needs to focus his time and energy towards the franchisees.

You can learn a lot from the mistakes that have been made at McDonald’s corporate headquarters.

The one I’m obviously focused on is the lack of attention to the thing that drives the business. The people. 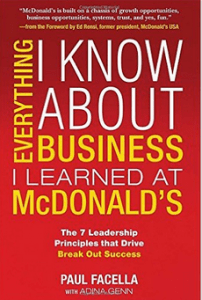 Everything I Know About Business…

Adina Genn, who co-wrote the book pictured above, contacted me right before the book was released, and ended up sending me a copy. I just re-read parts of it. Check this out:

Is that what you’re doing as a franchisor?

If you’re not, your business may not thrive for very long.

Do what Don Hay said. Focus on your franchisees profitability. Their success.

That’s my advice. Accept it, or ignore it. It’s your choice.