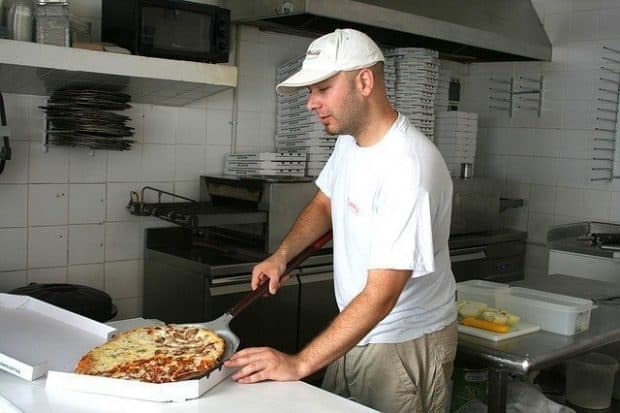 Before you dive-in to this article about how much knowledge of pizza you need to own a pizza franchise, take a look at the title again. What’s your answer to the question I posed?

Now, remember your answer and proceed to my discussion on owning a pizza place.

His Attraction To Owning A Pizza Franchise/Pizza Place

Have you read my book on becoming the owner of a franchise?

If so, you already know about James Pennington, the character in Chapter 1 of Become a Franchise Owner!: The Start-Up Guide to Lowering Risk, Making Money, and Owning What you Do

, and his attraction to food franchises.

But in case you haven’t read the book, there’s a section about a guy named James. He was downsized from his middle-management position and as a result, decided to look into being his own boss through franchise ownership. He was sick of working in a corporate setting (which describes over 50% of my clients) and wanted more.  Sound familiar?

An Excerpt From Chapter 1 Of My Franchise Book 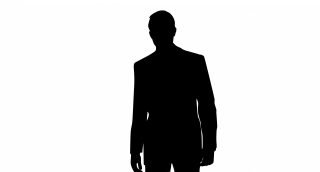 For some reason, James was attracted to food franchises — sub shops, ice cream shops, and pizza places. These types of franchises popped up all the time on websites, and even in magazines and newspapers. He had no problem visualizing himself running a food franchise. He pictured himself rolling up his sleeves and pitching in when his store was shorthanded, or had just gotten a rush of new customers bursting in the door. He also had pictures in his mind of his wife and kids pitching in and helping out; heck, they could even work there! James was bursting at the seams, and couldn’t wait to get started with something.

Now that he had a nice image in his head of the kind of franchise he wanted, he started to request information from several food franchises. As his brochure collection grew, and tried to figure out which one or maybe even which two to pick out and contact. Though he had received calls and emails from almost all of the franchise salespeople, he wasn’t ready to call them back. He wanted to look at their brochures and learn all he could about them.

So far, James was focusing most closely on two food franchises; a big-name submarine sandwich shop and a pizza franchise that looked pretty interesting. He contacted both of them, and awaited their calls back. The pizza franchise sales representative called back first; actually, he called James back about a half hour after James called him.

Tip: Check out what I said about buying a Domino’s franchise

Let’s continue…
James spent the next week using various internet search engines to find out all the information he could about 23-Topping Pizza. It actually didn’t seem as though there was really too much information to find. He discovered that they had been around for about 5 years, and that they currently had 25 franchises scattered throughout the US — mostly around the New Jersey area, since that’s where their headquarters were located. He also searched to see if there were any complaints registered with the Better Business Bureau, and didn’t find anything – which he took as a positive sign.

That night at dinner, James told Marcia that he had found a franchise that really interested him. He explained that it was a pizza franchise out of New Jersey, and that it “looked like a winner.”

The concept featured 23 topping combinations, and that was one of things that set it apart from all the other pizza franchises. He went through some of the other particulars, including how much it would cost, how long it would take to open up, and a few other interesting tidbits about the franchise itself. When Marcia asked him what he knew about pizza, he told her that the important part of the business was the business part –not the pizza making activities.

In fact, the question that Marcia asked concerning his knowledge (or in James’s case, his utter lack of knowledge) about pizza kind of bothered him. He thought that it was a strange question, and shrugged it off as a result of some nervousness that Marcia was probably experiencing…

Pizza Franchises: How Much Pizza Knowledge Do You Need?

Do you feel Marcia’s question was a valid one? Should James have pizza knowledge…pizza expertise?

My answer: No! It’s not necessary to have a high pizza IQ to own a pizza franchise. In addition, you don’t even have to know a lot about pizza to be a successful pizza franchise owner. However…

It wouldn’t hurt for you to have some knowledge about food-service, and what it takes to run a successful food-service operation.

Would you like to know why some people fail as franchise owners?

Franchise business failures exist because sometimes people buy a franchise that wasn’t right for them.

For example, if you’ve never worked in food-service, owning a pizza place could be a problem.

12-15 hour days are common. Employee no-shows are common. Equipment break-downs happen. So do power failures, with the subsequent loss of revenue and sometimes even food-loss that can add up to thousands of dollars. You cannot “un” spoil food. Believe me, there’s nothing compares to working in a fast-paced food-service environment when stuff goes wrong. Nothing. 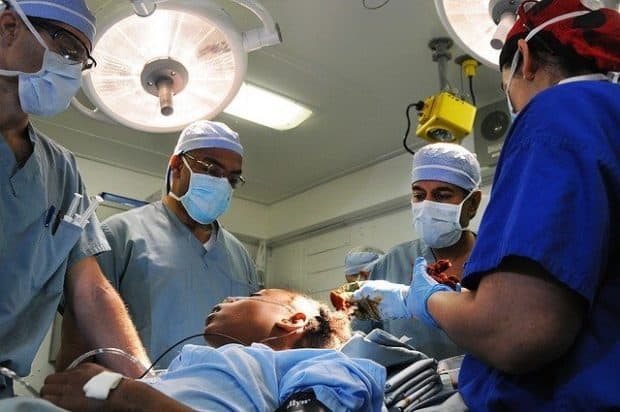 My point: Owning and operating a busy pizza place is not for those with low-energy and/or those who don’t tolerate stress very well.

That’s not to say that pizza franchises are bad investments…not at all. As a matter of fact, the profit margins in pizza are pretty darn good. (How much do you really think it costs a pizza shop to produce a pizza that sells for $15.95? $2.00? $4.00?)

A Better Question From Marcia Would Have Been…

“James, do you really think owning a pizza franchise is a good idea considering you’ve never, ever worked in a restaurant“?

Do you think it’s necessary-or wise, to have food-service experience if you’re going to own and operate a pizza franchise?