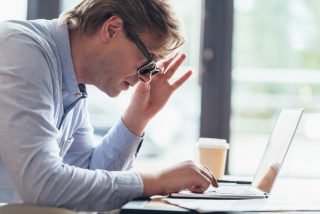 In this post, I’m going to reveal the franchise success rate. And just so you know, they’re based on a few franchise statistics I was able to uncover.

“Success rates appear to back them up: “The No. 1 reason businesses fail is lack of cash for working capital. After 10 years, only 16 percent of existing start-ups are still in business. With franchises, it’s 90 percent,” said Katie Fagan, franchise consultant for FranNet, a franchise consulting group in San Jose.”

“A franchise is one of the less risky types of business available. More than 80% of franchisees are successful.”

“Franchises have the highest success rates and the lowest failure rates of any business in North America today! Over 95% of all franchises are still in business after five years because they all come with built-in proven success formulas used by franchisees across the country.”

Except that none of those franchise success and failure rates are true.

Which is why you need to make sure you do good research. That also means you need to only using credible sources for your franchising opportunity information.

A few years ago there were so many franchisors telling people verbally, (and in their marketing brochures-and on their websites) that there was a “95% success rate in franchise businesses,” the International Franchise Association had to jump in and draft a formal letter to it’s entire membership. Read what the IFA letter said.

Wait. I made an error in the paragraph above. I wrote that, “a few years ago…” The examples I shared with you were found in the last few days. That’s a problem. As a matter of fact, bogus franchise statistics are an industry-wide problem-and they have been for years.

To that end, a simple scan of some of the cheaper-looking websites that some of the franchise brokerage outfits include as part of their, “Start-Up Packages,” are very telling. Newer franchise brokers and, “Consultants,” regularly copy and paste paragraphs of gunk that cite franchise success statistics from 20-30 years ago (that have since been disproven).

Tip: Start your search for a franchise to own on these Top 10 Franchise Portals

I showed you #3 examples, but #2 was the one that got me started. Why?

Because as I was scanning Twitter for franchise business-related discussions last week, I ran across that Tweet about the franchise success of franchises and kind of went off. Now…I went off a little more gently than my normal rant-first-re-group-later-style. I calmly Tweeted back this;

“Please, if you’re going to spit out 80% franchise success rates, let us know where you got that info. #geez”

Here’s What The Franchise Broker Who Wrote That Tweet Said

The franchise broker who Tweeted out the falsehood wrote that “the 80% success rate came from the SBA website.” Fair enough. But, it came from freaking 1991. This is 2021. The letter from the IFA telling it’s franchisor members not to use these statistics anymore was written and sent to the membership in 2005 (the broker who Tweeted that out has since Tweeted me back saying, “You are right“).

This Franchise Success Rate Stuff Is A Big Deal

If you’re one of the thousands of people who are thinking about buying a franchise someday, and you read about the 90% success rate of franchises somewhere, do you think you may be a little more inclined to pick up the pace on your search for a franchise?

Did you know you can ask what the failure rate is for a franchise opportunity you’re investigating?

The person to ask is your franchise sales representative.

And if she doesn’t know the exact rate, she can find out for you.

So don’t be shy. Ask what percentages of franchisees fail.

You’ll be glad you did!

Finally, I’ve written the following before (in many different articles on franchising over the years) , and it bears repeating;

“Investing in a franchise can be risky, That’s why more people don’t do it.”

That said, if you’re going to base part of your buying decision on franchise statistics, make sure they’re legit.