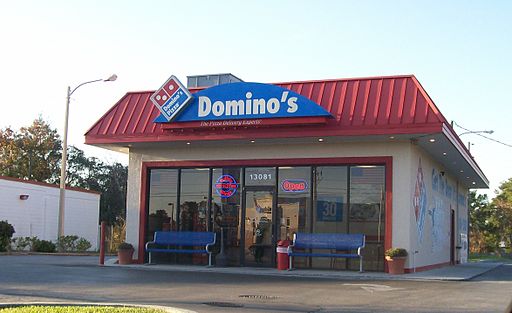 In this post, I’m going to cover Domino’s franchise cost, a brief history of this huge pizza brand, and a sad story about delivering pizzas “in 30 minutes or less.”

Domino’s (as of the second quarter of 2018), operated a network of more than 15,000 franchised* and company-owned stores in the United States and over 85 international markets.

*In the United States, 93% of Domino’s are franchises.

And speaking of Domino’s Pizza owners, if you buy a Domino’s franchise, you’ll be provided with in-store and classroom training that’s focused on owning operating your franchise smoothly and profitably. That’s part of the cost of a Domino’s business.

Finally, and this is big, Domino’s stores sell 3 million pizzas a day.

If so, here’s how much it will cost you to open a Domino’s Pizza franchise business in your local area.

Here are the initial startup costs of a Domino’s business.

If owning a Domino’s franchise is something you’re interested in, it would behoove you to understand the company’s history. Check this out.

The Domino’s Pizza franchise empire began in 1960, when Tom and James Tom Monaghan purchased “DomiNick’s,” a pizza place in Ypsilanti, Michigan. By 1965, Tom was the sole owner and renamed the business “Domino’s Pizza.” 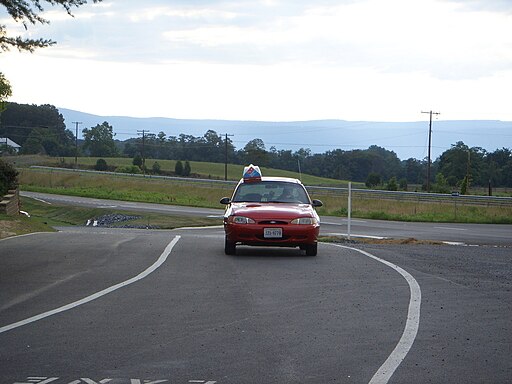 Domino’s Is An International Franchisor

One of the things that make this historic pizza franchise stand out is its massive international footprint.

To prove my point, take a look at this video showing the Domino’s Pizza toppings offered around the world, by popularity.

That said, sometimes these problems are larger than life-literally, as was the case with Domino’s, way back in 1973. Here’s what happened.

In a surprising move, Domino’s decided to offer a “30 minutes or it’s free” pizza delivery guarantee.

Specifically, if the Domino’s pizza delivery driver didn’t deliver your pizza to your home in 30 minutes or less (after ordering), your pizza would be free. I wonder how Domino’s Pizza owners felt about that promotion?

To be sure, the guarantee did help the Domino’s Pizza brand get known for it’s fast delivery. But it wasn’t without consequences.

In 1992, an Indiana woman was killed by a speeding Domino’s delivery driver, and her family sued Domino’s. Domino’s lost the suit, and ended up paying the family $2.8 million.

Following that, a woman who was injured when a Domino’s delivery driver ran a red light and collided with her vehicle. She sued Domino’s in 1993, and was awarded almost $80 million (she ended up accepting $15 million). The end result? The “30 minutes or it’s free” guarantee was dropped.

Even with the horrible things that happened, the team at Domino’s headquarters made the decision to remain in the pizza delivery business, but not with a “30 minutes or less” guarantee. In other words, they’re just more careful about how they go about doing it. And of course, how they word their guarantees, which I’m sure helps Domino’s Pizza owners sleep better at night. 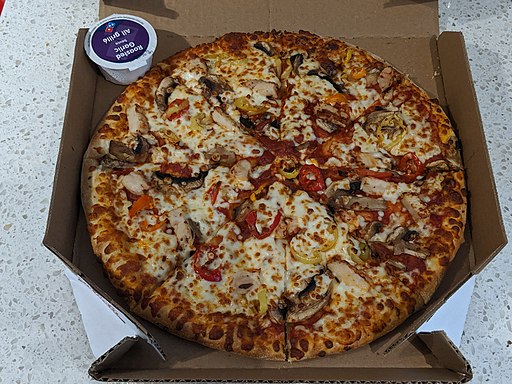 Next, I’m going to talk about earnings.

How Much Money Can You Make As A Domino’s Franchisee?

Your income as a Domino’s Pizza franchisee depends on your:

What does a Domino’s franchise cost?

How many pizzas does Domino’s sell in a day?

How big is Domino’s Pizza?

Domino’s is one of the largest pizza franchise businesses in the world, with 15,000 franchised and company-owned stores around the world.

When did Domino’s start franchising?

Domino’s opened their first franchise in 1967, in Ypsilanti, Michigan.

What was the Domino’s famous 30-minute guarantee?

If the Domino’s pizza delivery driver didn’t deliver your pizza to your home in 30 minutes or less (after ordering), your pizza would be free.