Instead of writing a letter of resignation as requested, Tony Rohr, a Pizza Hut manager, wrote this instead:

“I accept that the refusal to comply with this greedy, immoral request means the end of my tenure with this company. I hope you realize that it is the people at the bottom of the totem pole that make your life possible.”

First off, why would anyone choose to have pizza instead of turkey on Thanksgiving? 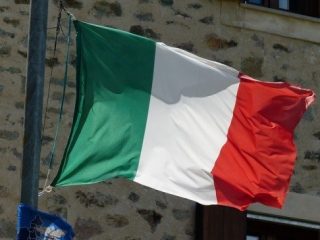 Now, marrying into an Italian family like I did has changed my usual Thanksgiving menu…I now get to have pasta as a side dish along with my stuffing, mashed potatoes and so on. But, I couldn’t see myself dragging my family to my local Pizza Hut to celebrate Thanksgiving. Nothing against Pizza Hut. I wouldn’t go to any pizza restaurant on Thanksgiving. What was this Indiana Pizza Hut franchisee thinking?

I commend this restaurant manager for taking a stand for his employees-and himself. It’s bad enough that Wal-Mart and several other retailers opened their greedy doors only hours after everyone’s traditional Thanksgiving meal.

This Pizza Hut franchise owner now officially joins a growing list of franchise owners who have made poor decisions that have turned into public relations nightmares.

“We fully respect an employee’s right to not work on a holiday, which is why the vast majority of Pizza Huts in America are closed on Thanksgiving,” the corporate office said in a statement. “As a result, we strongly recommended that the local franchisee reinstate the store manager and they have agreed. We look forward to them welcoming Tony back to the team.”

Read the entire story to find out if Tony’s going to work for this Pizza Hut franchise owner again.

I’m curious; what would you do if you were asked to work on a holiday?