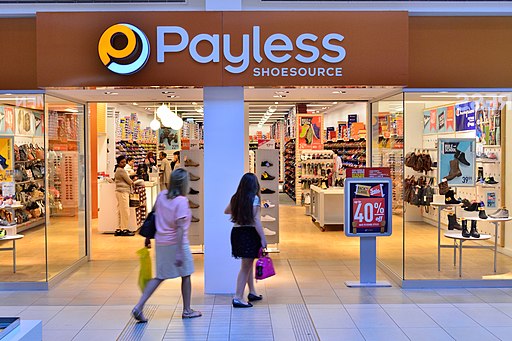 The Associated Press reports that Payless Shoesource is expected to file for bankruptcy this week. The chain filed for Chapter 11 bankruptcy protection back in April 2017, closing hundreds of stores as part of its reorganization. At that time, Payless had over 4,400 stores in more than 30 countries. Four months after it filed for bankruptcy it was down to around 3,500 stores and had eliminated more than $435 million in debt.

The company said in an email that the liquidation doesn’t affect its franchise operations or its Latin American stores, which remain open for business as usual.

He was forced out at the first franchise operation he ran, and was just forced out of his second one. Who am I referring to?

Why none other than John Hewitt, formerly of Jackson Hewitt, and the guy who was recently fired as CEO by the board at Liberty Tax.

Hewitt, an extremely successful entrepreneur, fell from grace because of his supposed escapades during the past few years.

Note: I heard Hewitt speak at a franchise consultant conference a few years back.  I was pretty excited to hear him…and hopefully learn something, but about 5 minutes into his speech I started feeling nauseous… and it had nothing to do with my previous meal. It was Hewitt. He came across almost Zinke-like, if that makes any sense.

Unfortunately for the franchise industry, his non-compete is just about up, and he’s launching another franchise opportunity soon.

According to Restaurant Business Online, Los Angeles-based Blaze Pizza announced that it is testing a 14-inch pizza, designed in part to serve delivery and carryout customers and billed as “perfect for sharing.”

The reason for larger pizza pies has to do with growing carryout trends. Think catering.

Jeff and Daisy Fay were looking into franchising and looking to control our schedules a little bit more. In an interview with the Frederick News Post, they said that they looked at several different franchises and went to Window Genie’s corporate office and decided that they’d be a really great team to work with. Learn more

Congratulations go out to WingZone. The fast-casual franchisor just turned 25. That’s a long time to be in business.

Check out this recent interview with CEO Matt Friedman.