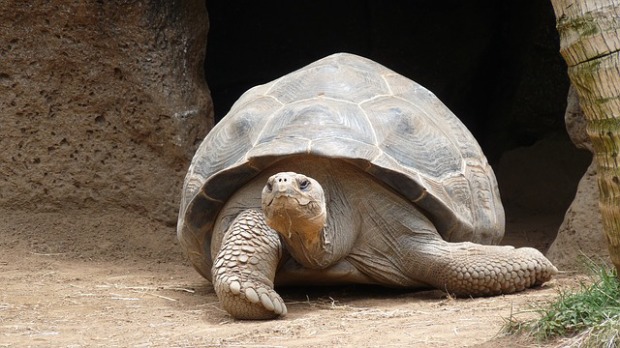 What’s the deal with McDonald’s?

Why is this fast food empire having so many problems? Why is it taking forever to fix them?

What Joe Told Me

Joe Stokar, the guy I credit for teaching me basic and even some advanced selling skills years ago, once told me this:

As the the new car sales manager, Joe’s job was to manage the sales team, and make sure as many cars as possible were sold.

My job-at the time, was to sell them.


Most of our prospective customers shopped around a bit…trying to secure the “best price.”

Sometimes, a customer would go to one of our competitors and get a price from them that was shall we say, rather low. As a matter of fact, the prices would be so low, we couldn’t compete. We would tell the customer he was being lied to, but he didn’t believe us… he thought we  were lying. That’s because the customer was given what’s called, “a shopping around” price. The sales team at the other store knew the customer was going to probably go to 2-3 different dealerships to get prices, so their sales team would throw out a price that was super-low. So low as a matter of fact…no one could touch it. In a nutshell, the customer was being “low-balled.”  The hope was that he would come back in because it was such a great price. Once that happened, the dealership would make up a story about how they must have made a “mistake.” Then they would try to hang on to the customer (who would be pretty angry) and sell them the car.  Nice, huh?

Sometimes, it even worked.

When it didn’t work, which was fairly often, the customer would come back to us, tail between his legs, waiting for his salesperson-me…to say, “I told you so…I told you they were lying.”

Joe didn’t want me to say that. He told me not to be an “I told you so kind of guy.” Instead, he told me to smile, and say, “let’s just get you into that car you want.” So I did. And, I sold the car. Hundreds of them over the years before I was promoted to management.

I bet you’re wondering what my little story has to do with the slowness of McDonald’s.

The McDonald’s franchise has been having problems…big problems for a couple of years.

“I’ll tell you what I see; too many choices! No wonder cars and trucks are backed up 8 deep x 2, (Double Drive-Thru) at lunch and dinner. (Breakfast, too?) I’m no mathematician, but looking at that menu board, I’d guess that there are around 250 possible variations in the way that customers can order. That slows things up a bit, especially with poorly-trained staffs. Now, I’m not saying that every McDonald’s franchise that’s been equipped with the Double Drive-Thru is a disorganized mess. I can only go with what I know from the two that are open and operating in my local area. It’s really disappointing. Especially for someone who’s constantly extolling the virtues of the McDonald’s franchise model.” Read the rest of the article here.

Someone  at McDonald’s headquarters read that blog post-and the countless others I’ve written about McDonald’s over the years. Here’s one about Ray Kroc.

Someone  monitors the things that are said and written about the brand…several people probably. Why didn’t they do something? Why didn’t they share what was being written? Or, if they did, why didn’t management pay attention to what I and several others wrote about their problems?

It doesn’t take a rocket scientist to see that the McDonald’s menu is too damn big! No wonder the drive-thru lines move at a turtle’s pace. There are too many choices!

Corporate did nothing. Nothing.

McDonald’s Is Moving Too McSlow For Its Franchisees

Headquarters is definitely moving too slow if you’re a McDonald’s franchisee.

The Dollar Menu was pretty much eliminated after several multi-unit franchisees complained, but that hasn’t helped the slowwwwwness going on at the drive-thru-and at headquarters.

This is where it gets personal. Personally embarrassing.

“In my own opinion, McDonald’s is the best food franchise to own.”

In that article, titled The Best Franchise To Own, I also wrote:

“If you can afford to invest over $1 million in a franchise, and you want to be in food service, their systems are world-renowned. Their training is world-class. And, I’ve never seen a McDonald’s franchise go out of business.”

The best  franchise to own?

At the time, I did feel McDonald’s was the best franchise business to own. Now? Not so much.

Unless they get their stuff together.

There I go, slamming another franchise.

I am  kind of slamming McDonald’s. But, it’s because of what they’re doing to their franchisees. And, their customers.

Franchisees are angry. Customers are angry. Shareholders will be getting angry, too, if things don’t turn around.

My Fast-Food Intake Has Slowwwwed

On a personal note, I am  trying to avoid fast-food restaurants…not because I’m angry and disappointed about what’s been taking place, but for health reasons. I’m trying to eat a little better.

(I know. There are a few healthy menu choices at fast-food restaurants these days.) 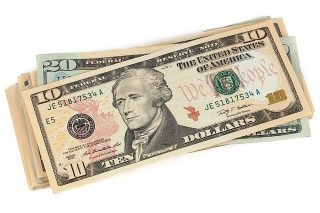 The Drive-Thru Lines Were Too Darn Long.

I went to McDonald’s…or at least I tried  to go to my local McDonald’s because I needed a hot meal, fast. But, they made it impossible for me to get it. On two different occasions.

The 1st time, there were at least 10 cars in line…in both lines. No way was I going to sit in line. I even peeked inside to see what was up inside. Too busy there, too.

The 2nd time I tried to spend my money there, numerous cars were in line at the Double Drive-Thru. It was past the typical lunch-hour rush, too. There were just too many cars in line for my liking. (I wasn’t in an impatient mood that day. I was pretty chilled out.) I just couldn’t wait, and I didn’t want to. I drove a couple of blocks away to another fast food franchise-Burger King. I was hungry and I did have stuff to do.

I pulled in, ordered my food…the line was fairly long.

Then I left after two minutes without grabbing my food. That’s because the customer in one of the cars ahead of me was having an “issue” with her order. I knew it was going to back up things for all of us who were waiting behind her. I decided to leave. My frustration level by that time-because of my experience at the McDonald’s drive-thru line, was increasing dramatically. So much for being chilled out.

Ordering food in a fast-food restaurant shouldn’t be difficult to do.

The “fast” part of ordering fast-food seems to be going away.

Is it the customer’s fault? Heck no. It’s managements fault. They’re complicating things, and have been for years.

Five Guys Gets It

Have you ever been to a Five Guys restaurant?

Now, it’s a bit on the expensive side, in my opinion, it’s priced 15% too high, but they know how to get the job done.

As a matter of fact, they’ve done such a good job with their business model, they’re sold out in the US. There are no more franchises available.

One of the reasons they’re so good, is because of the choice they made, menu-wise, early on.

Their menu is super-simple.

Do you want a hamburger or a cheeseburger? A big one or a small one? Choose your ingredients. Wait for a bit while your burger is being cooked. (Cooked to order)

Is the process fast? Not really. But, after going there the first time, you know that it takes a little longer because the food is cooked to order. They don’t promise fast.

But, here’s the deal: It takes just as long to get your food at a McDonald’s restaurant.

When Will McDonald’s Get It?

It’s not just me. All sorts of posts have been written about McDonald’s woes.

Check this short one out.

When are things going to change?

The franchisees…the ones who have invested millions of dollars into their businesses deserve better.

Slow won’t work this late in the game.

The game of getting consumer dollars.

The game of making money as franchisees.