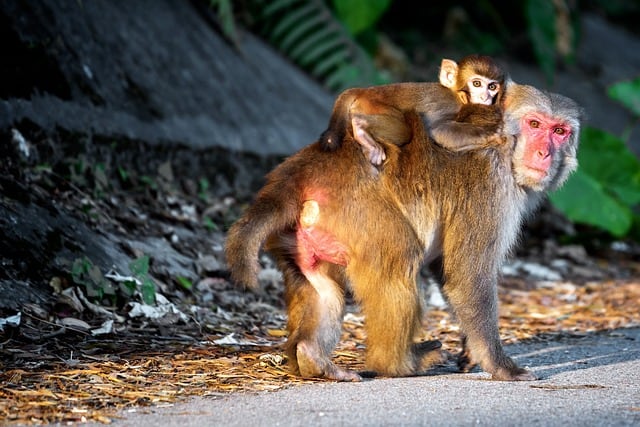 In this post, I’m going discuss whether or not it makes sense for you to buy a job. But first, I need to explain what I mean about “buying a job“…and if you can even do it.

The definition of buying a job is as follows:

To invest money, upfront, in order to secure a position of employment. To buy a business in which you are the person doing the work-but it’s a business instead of a job that has an employer.

Is It Okay To Buy A Job Like This?

Of course you would. Or you “probably” would, right? Who wouldn’t want a six-figure job in this day and age?

Read on to find out how you can do it.

There’s one opportunity that I know of that gives people a real chance to earn six-figures. It’s actually a franchise opportunity. And you’re probably familiar with the company. Let’s see. 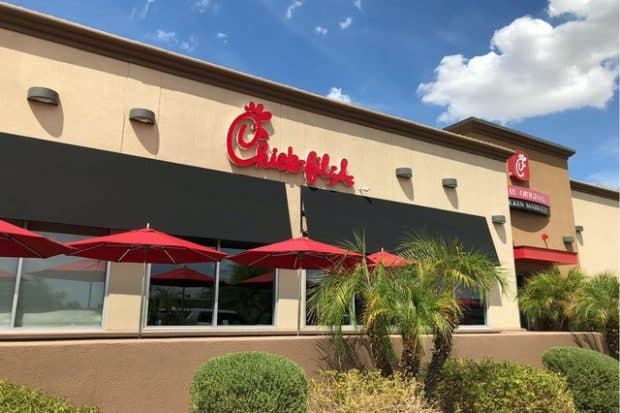 It’s Chick fil A. Let’s talk about it.

I say if, because you have to be considered very, very special to get approved for one of their fast food franchises. So, are you?

That said, if you are interested in becoming the owner of a Chick fil A restaurant, know this; you’ll be vetted as thoroughly as a Presidential candidate.

To be sure, Chick fil A’s background check includes the usual things like looking into your employment history and your credit rating. Every franchisor does a background check that includes those things before they award franchises. But, most of them don’t ask you to provide information like this:

The team at Chick fil A headquarters will ask you to disclose marital status, number of dependents and involvement in your local community. This involvement will include questions about the civic, social, and professional organizations you belong to….including your involvement in church. Say what? I assume they have top-shelf lawyers.

Is It Okay To Buy A Job? Let’s Find Out 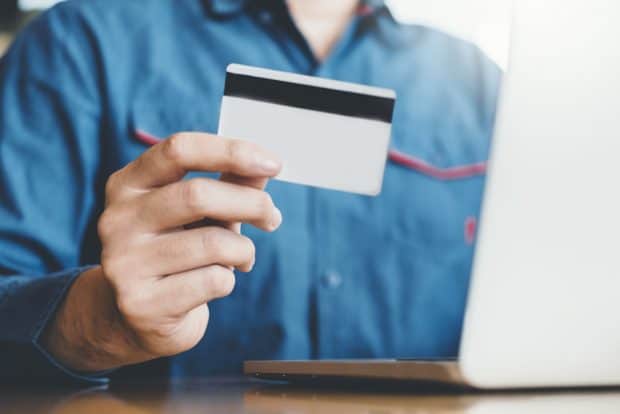 Instead, I’m basing that on just about every article I’ve personally read about their franchise model. (I don’t have their Franchise Disclosure Document, either) That said, it’s not an earnings claim I’m making. It’s just information that can be easily found online.

Furthermore, if you called any competent finance professional, and asked her if it would be a smart decision to invest $10,000 in a franchise business that has a lot of truthful earnings information about making six-figures as an operator-I’d wager that you’d get the green light.

You need to know that the $10,000 investment it takes to become a CFA operator isn’t a passive one.

That is to say that if you do become a franchise owner of a Chick fil A fast food franchise, you’ll be working your tail off. And, you’ll have to be an active operator, as no part-time ownership is permitted.

Should You Buy A Job In Times Like These?

The pandemic, and the economic downturn taking place because of it, has changed everything. Especially for today’s current and prospective job seekers.

A good example of this is my prediction of the way in which the idea of “buying a job” will start to be looked at in the weeks and months ahead. Let me explain.

About 6 months ago, Keith Gallmeyer lost his job as the V.P. of Marketing for a medium size tire manufacturer located near Louisville, Kentucky. Why?

In Keith’s case, because people are driving less, the passenger tire segment of the tire industry is in a world of hurt. That has forced the company to downsize their workforce. Unfortunately, Keith was included in that downsizing. Here’s what he did.

A Nice Perk And Those Darn Job Boards

Since his company offered 3 months of outplacement, Keith decided to take advantage (in a positive way) of this well-deserved perk, so he faithfully visited the outplacement firm’s office twice a week. While there, he:

I could go on…but instead, I’m just going to share what Keith’s serious and time-consuming 3-month job search ended up producing.

One lousy interview. And I do mean lousy.

As a result, this is what happened next.

Keith Is A Man With Many Talents

Keith’s work-life was focused on creating marketing campaigns that would increase sales. And he was darn good at it. But life isn’t just about work. Keith had other interests.

First of all, Keith loved to build things.

For example, he completely remodeled his kitchen-and he did it pretty much by himself.  Same for the master bathroom.

In addition, he built a couple of huge walk-in closets, complete with customized shelving. And his work was top shelf…pun intended. 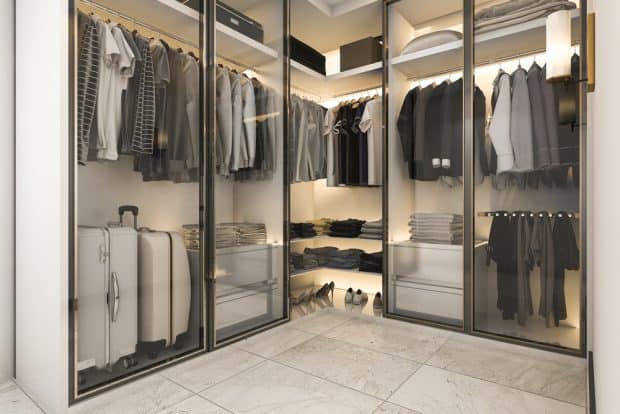 So why does this matter?

You’ll see in a moment.

He couldn’t get his finger to tap the power button on his laptop.

Now, this wasn’t because something was physically wrong with him that morning. Not at all.

On the contrary, he couldn’t turn on his laptop because history had shown that his daily routine of firing up his laptop to check out all the job boards etc. wasn’t worth his time anymore. There were no jobs. At least not the kind he was interested in. Basically, Keith was done. But what should he do? Like most people in his situation, he still had bills to pay and kids to send to college.

That’s when it hit him.

A few days later he powered up his laptop. But not to look for a job.

Occasionally, Keith would think…daydream about doing something different.

As a matter of fact, now that he was out of work, with lots of time to think, his daydreams-one in particular, were popping up on a daily basis. Can you guess what Keith was visualizing?

“What if I could start some kind of home remodeling business? After all, I’m really good at that stuff.”

Thoughts like that were becoming increasingly more common as the weeks and months of being out of work started to get to him.

It’s why the thought of starting his own business like bulk soap boxes, one that revolved around something he loved to do and was darn good at doing, was becoming more attractive.

In any event, a few days into his laptop research on “how to start a home remodeling business,” Keith started noticing remodeling franchises appearing in his search results. One in particular, actually.

The franchise opportunity that came up almost all the time was a business specializing in custom closets. As in designing and building them. As in Keith was interested in learning the particulars about the business.

So now Keith had another decision to make. Several actually.

Should he start a remodeling/building business on his own or look into a ready-made business like a franchise-and buy a job?

Is this a good time to start a business, or should he forget it for now, and continue his job search?

Will his family-mostly his wife, be on board?

Is he going to end up “buying a job?” 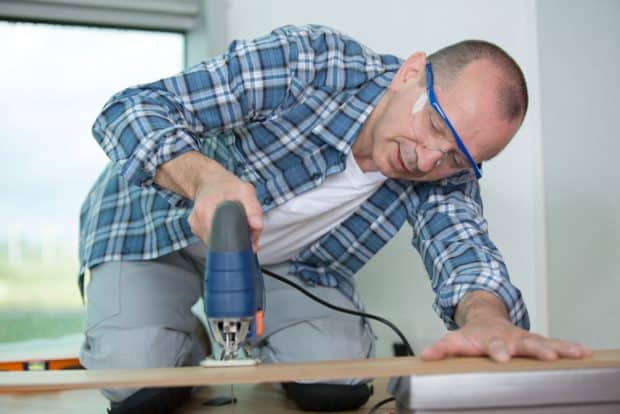 “If only I had done this sooner.”

That’s what Keith has been telling his friends and former co-workers almost one year into  becoming the owner of the Kustom Closet Solutions franchise in Louisville, Kentucky. It gets better.

As of this writing, business is booming, as Keith is booking custom closet jobs 3 months in advance.

And speaking of “jobs” did Keith just buy one?

The simple answer is yes. Kind of.

After all, Keith forked over $170,000 to become a franchisee. Plus, he’s doing everything himself. And…

And in a perfect world, 10 years from now, the “job” he purchased may end up having value. As in equity. As in owning a business that can be sold to someone else for a profit.

How great would that be?

To conclude, I’m starting to picture more downsized middle managers and even some executive employees going this route-or at least considering it.

A. The pandemic has made people re-think work…and “ownership.”

B. For some, it’s becoming increasingly clear that life is too short to always play it safe.

Will you consider buying a job?