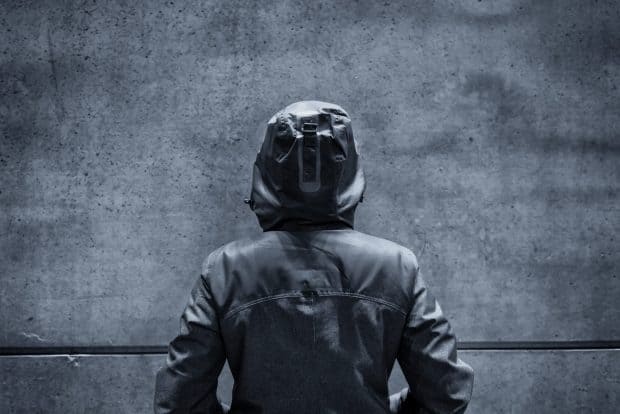 That darn Deep State. You knew it had to happen sometime in franchising.

But before I begin, it’s important for you to know what the Deep State is.

According to Michael Covell, a best-selling author born in Quantico, Virginia (CIA Headquarters is located there!) defines the Deep State as follows:

“It’s a massive conglomerate of insiders comprising government bureaucrats, lobbyists, crony capitalists, Wall Street ‘banksters’ and national security agents. It’s basically a shadow network of institutions that run the country no matter who is in the White House… and without the consent of voters.” More

So, in a nutshell, the Deep State is a powerful, behind the scenes network of people and institutions which is really running things.

Is There A Deep State In Franchising?

The answer to that questions depends on what you think the Deep State is and does.

For example, some of our more paranoid elected officials, like Rep. Claudia Tenney, a Republican Congresswoman from New York, are occasionally in the news for making statements like this:

“Somebody in the deep state – it was not one of his people, apparently – ordered a table, like a conference room table or whatever it was, for a room. And that’s what the cost was. Ben Carson tried to – he said, You know how hard it is to turn it back because of the way that the procurement happens?”

According to The Huffington Post, Tenney was citing the conspiracy theory that there’s an underground network in the U.S. government, or “deep state,” working to delegitimize President Donald Trump’s administration.

So, could there be an underground network in franchising?

A network that is looking to…I don’t know, sell franchises to unsuspecting consumers?

The Deep State, Franchising And You

It’s important for you to know that there are some bad apples in the franchise industry.

For instance, I know of franchise consultants who’ll stop at nothing to reach their income goals.

And there are definitely franchisors selling franchises to people who probably aren’t the best candidates.

But, are these franchise consultants and franchisors part of a Deep State?

Do these bottom-feeders really take their orders from people who work in the under-belly of franchising?

And if so, who are these people?

And I’ll be using my Castle’s encrypted 2-way calling system to contact him.

Just in case people from the Deep State in franchising are monitoring my communications.

Interestingly enough, I just ran into some very interesting information. And it may have to do with a version of the Deep State in franchising.

When a supposed expert on franchising writes a book, whether it’s a cheap little paperback or an electronic version that can be downloaded onto a Kindle, most people who are looking at potentially buying a franchise are going to run across it. And that’s usually a good thing.

(Disclosure: I wrote a hardcover book, Become a Franchise Owner!: The Start-Up Guide to Lowering Risk, Making Money, and Owning What you Do

– which is available on Kindle. There’s an audio-version now, too.) Anyway…

According to an article over at Unhappy Franchisee, it seems that a new book (written by an “expert”) may have some issues. Disclosure issues. As in income disclosures.

I want you to read the article, but in a nutshell, the article’s writer is stating that the book  “12 Amazing Franchise Opportunities – Second Edition,” is basically a book written for one reason, and one reason only.

The book was written to market 12 franchise opportunities.

But it was done in a way that reeks of Deep State influence.

That’s right. I said it.

Because if you were motivated enough to search for a Deep State in franchising, you would surely land in a place where the Deep State lives and breathes.

Did you know that the largest franchise business lobbying group in the U.S. calls Washington D.C home?

That’s right, the International Franchise Association (IFA), the club I refuse to join, is headquartered there.

And one of its most active and vocal members is involved in the book-and so is the franchise (FASTSIGNS) she’s the CEO of.

Well, according to the writer, FASTSIGNS paid a lot of money to be one of the “12 Amazing Opportunities” named in the book. And so did the other 11 franchises. But here’s the thing.

According the writer, there are no disclosures about the pay-for-play aspect of this “top-selling” book. That’s very Deep State stuff.

In other words, the only reason that the 12 “Amazing” franchise opportunities written about in the book are amazing is…you guessed it…because they paid to be included.

Especially, since according to the folks at Unhappy Franchisee, the payments made to the author by 12 franchisors are not disclosed.