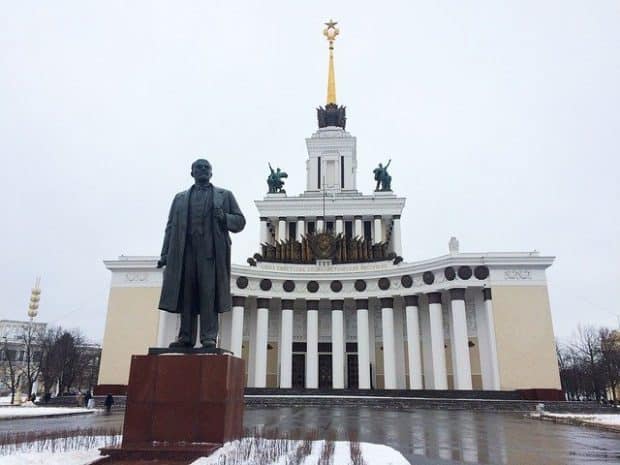 Did you know that franchises like Papa John’s, Domino’s, Dodo Pizza, And Sbarro are getting Russian money?

That’s right. Money. Directly from Russia. And, believe it or not, they’re not trying to hide it.

Based on the limited research I’ve done, Domino’s Pizza shouldn’t need an infusion of money from Russia.

For one thing, their stock has had an incredible run.

Moreover, there are over 6,000+ Domino’s locations in the U.S. alone. They don’t seem to be hurting as a company.

So, why are they welcoming Russian money?

Actually, a better question is this one:

How are they hoping to get Russian money?

But Domino’s (along with Dodo’s Pizza and Papa John’s) have decided that they want a bigger slice of the (pizza) pie. In Russia.

In essence, according to an article from Reuters that was brought to my attention, the three pizza franchisors I mentioned “are preparing an assault on Russia’s provinces.” That’s because online credit card payments are getting more popular in Russia-as is pizza franchise branding.

From the Reuter’s article:

“Domino’s Pizza’s Russian franchisee, DP Eurasia, believes the time is now right to expand beyond Moscow, where sales at the 76 outlets it had at the end of March are far outstripping growth in its main market Turkey.”

In addition, DP Eurasia stated that there’s no quality pizza available in the smaller Rostov-on-Don and Nizhny Novgorod regions, and that they’re ripe for growth.

Read the rest of the article

FYI: According to Euromonitor International, Domino’s is Russia’s third-largest pizza chain-and its market share is only 2 percent.

As of this writing, Russia is dominating our news cycle.

I’m not sure if Vladimir Putin’s (current King of Russia) plan was to make Russia a “brand,” or not, but he has.

And because of it, more U.S. franchisors may start targeting Moscow, along with Russia’s smaller cities with their products.

With several U.S. Franchises trying to get their hands on Russian money, do you feel that Russia could be the next hot geographical area for franchising?