You are here: Home / POTUS / President Obama May Become A Franchise Owner 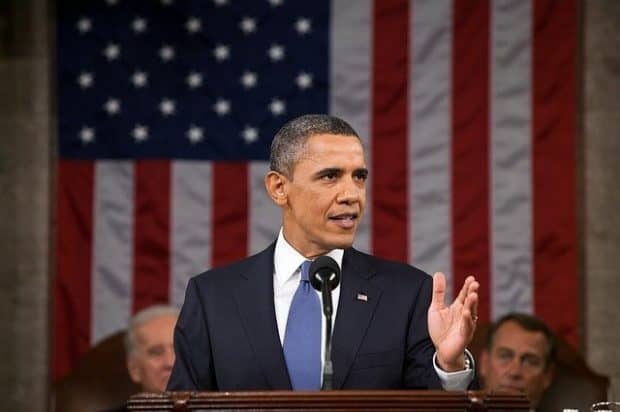 President Obama has shown interest in becoming the owner of a sports franchise. A NBA franchise. If President Obama pulls the trigger someday, it would be a first for a U.S. President. Check out the video below if you think I’m kidding.


President Obama May Wait A Bit

I’m pretty confident President Obama will become part-owner of an NBA franchise. But, it’s not going to happen until at least next year. It’s not like he could do it now. He’s kind of a busy man.

If President Obama did end up buying a sports franchise, he’d be joining a pretty elite group of franchise owners. And, he’d definitely have fun as an owner.

How Cool Would This Be

I think it would be really cool. You have to admit (take out the politics people!) our President is pretty cool. And, he loves basketball. Heck, he can even sink some baskets.

Speaking of franchises-sports franchises, actually, I’m proud to be a Clevelander.

So, what do you think?

Would you like to see a President as a sports franchise owner?

Wait! Please Share This Before You Go!
2Shares
Note: When you buy through links on our site, we may earn an affiliate commission.