You are here: Home / Franchise Purchasing / How To Experience The Thrill Of Franchise Ownership 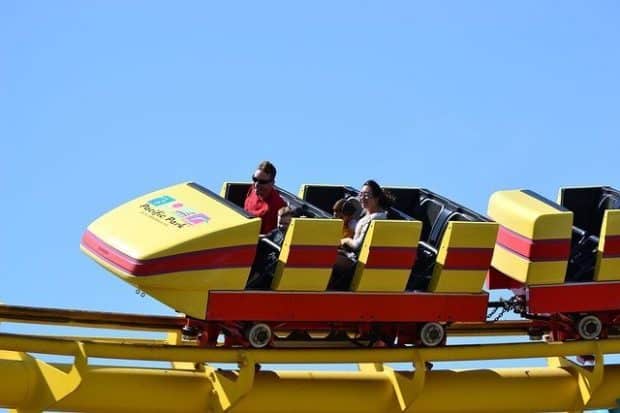 Out of the close to 2000 articles on franchising I’ve written over the years, I can’t think of one that I’d call “thrilling.”

Admittedly, I’m an average writer. But, I’m better than I used to be thanks to people like Ann, Chris, Jon and Sonia-who have taught me how to be a better writer. Maybe someday I’ll be able to compose a “thrilling” article on franchise ownership. Maybe. Until then, I’ll just continue to do what I’ve always done; provide tips and advice on choosing, researching, and buying a franchise.

Becoming the owner of a franchise business-any business, actually, can be pretty thrilling.

In my case, when I joined my Dad’s business in 2001 (after being fired from a very dysfunctional place) there were definitely things I was thrilled about.

1. I didn’t have to stand in line at the unemployment office anymore.

2. I didn’t have to go on job interviews anymore.

3. I didn’t have to work for anyone anymore.

How To Experience The Thrill Of Franchise Ownership

To really experience the thrill of franchise ownership, buy a franchise that has huge growth potential in your area of the country. A franchise that is looking for aggressive franchisees….ones that envision owning more than one franchise unit.

If you want to experience the thrill of franchise ownership, own multiple units. Seriously. Find a franchise opportunity that encourages multi-unit ownership. They’re out there.

Check Out The Multi-Unit Franchises Available On Franchise Direct.com

So, in that scenario, you would have 3 franchise businesses up in running in just a few year’s time. And, you don’t have to stop there. Several people I’ve helped get into business over the years own 5, 6, even 7 franchise units. That’s thrilling.

Imagine what it would feel like to cruise around town checking on all of your franchises…your businesses. Imagine collecting the day’s receipts…the money, from each and every franchise unit you own, and making those bank deposits. Sounds thrilling doesn’t it?

More thrilling than just reading about it.

If you’d like to learn all about franchise ownership, check out this comprehensive article on how to buy a franchise.