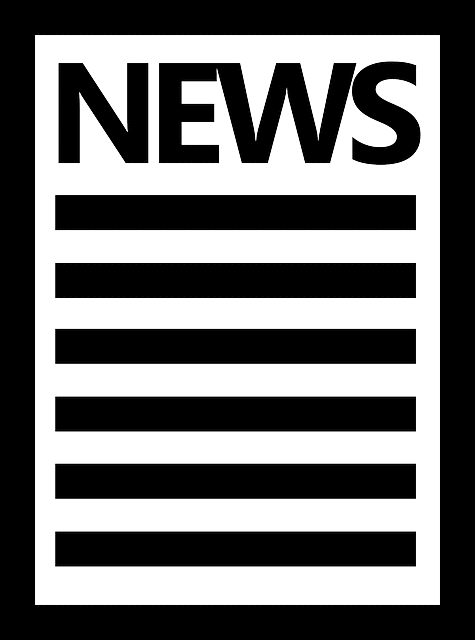 As a franchise industry insider, I feel that it’s my obligation to share important franchise news and franchise happenings with you as they become available. I’d feel guilty if I didn’t.

Several important things took place in 2013 that affected the franchise industry, but I don’t expect you-my loyal reader, to keep up with everything that goes on in franchising.

I have a feeling you won’t be disappointed after you read the top 10 franchise news headlines from 2013. I’ve included some real doozies.

The Top 10 Franchise News Headlines From 2013

A senior Fox News official told me that Fox has been very impressed with the way that the IFA has been doing business the past couple of years. This official went on to say that adding the IFA to the Fox News portfolio would be a great move since they’re both so closely aligned. The official cited the IFA Email Bulletins that Fox News has been receiving (several times a month) that announce successful anti-Obama legislative activities.

“The IFA really seems to hate President Obama as much as we do. It comes across at all of their conventions, and we have no doubt that their hatred of Obama will continue under their current leadership,” my source-who wants to remain anonymous, said.

So far, the purchase price hasn’t been revealed, but one source close to the negotiations told me that it’s in the neighborhood of $15 million. Amazing. 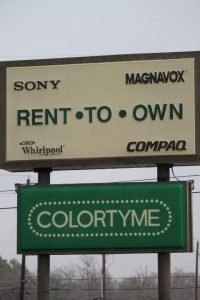 550 franchisees of several rent-to-own franchises have banded together to lobby the US government on interest rate maximums. And, I don’t blame these franchisees one bit.

According to the editors The Daily Finance website, “Consumers are paying the equivalent of up to 311% interest on items like big-screen televisions and other home appliances from rent-to-own stores, including Rent-A-Center and Aaron’s.”

Here’s how the numbers (with a lower interest rate) work for a 26 Inch Sony® Bravio™ TV purchased at a typical rent-to-own establishment:

The gross profit for the store: $1321. Not too shabby. From one sale of one television.

But, the franchisees want a little more…I guess their expenses are higher these days. They want to be able to charge up to 400% interest on new items. It seems reasonable to me. We’ll see what happens. The Senate and The House are both supposed to vote on the bill (sponsored by Ted Cruz, (R) Texas) sometime in 2014.

The executives at the home office didn’t see it coming.

Several McDonald’s franchisees in California forced a meeting with representatives of McDonald’s Corporation in order to air their “concerns” last year. Some of these concerns revolved around The Dollar Menu and what it’s been doing to their profit margins as franchisees.

The food service business is one of the toughest businesses around. Margins can be on the thin side, employee turnover is a constant frustration for management, and expenses keep going up. Selling products for $1 is a loser for franchisees, and some of them decided that “they weren’t going to take it anymore.”

McDonald’s management caved (they had to) and the menu boards at McDonald’s now feature The Dollar Menu and More.

Talk about franchisees that don’t want to take it anymore….

They can’t. Quiznos franchisees have been bounced around like fresh out of the box Ping-Pong balls for the past few years. They can’t figure out if they’re coming or going. A good number of them are out of business. Several of them sued. The ones that are hanging on by a thread are very unhappy franchisees.

First off, the guy that got the company into trouble a few years ago-then left-decided to come back. That worked out well. Not. Then, a new company-flush with cash, comes in to take things over. It’s been nothing but total dysfunction.

The newest twist has to do with a missed debt payment, but it’s been resolved.

Can you blame the franchisees for hiring a lawyer to sue corporate for being morons? Let’s hope Quiznos survives. People tell me that they offer a good product.

For those interested in purchasing a Subway® franchise-heck, any franchise business opportunity, the tools included in LivePlan offer everything today’s prospective franchise owner needs to create a business plan that leaves no gaps. But, there’s more.

Today’s small business lenders need a reason to approve a loan. It used to be a lot easier to get a small business loan approved-especially a loan for a franchise business startup.

Those days are gone.

Lenders and their underwriters have very strict guidelines these days. A good credit score certainly opens the door-but people that want to start franchises in their local areas need a lot of ammunition.

The best ammunition these days: A powerful business plan. Lenders love to see well thought out business plans. Like the ones that can be created, step-by-step, by using LivePlan.

Palo Alto Software sells more business plan software than anyone else in the entire world. See why. 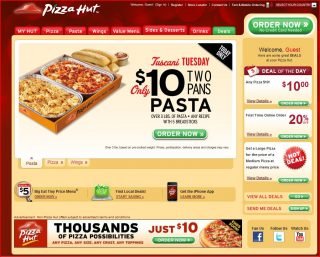 6. Pizza Hut Manager Fired For Caring About His Employees

As crazy as this sounds, it’s true; the manager of a Pizza Hut franchise located in Elkhart, Indiana, was fired for refusing to work on Thanksgiving, traditionally a huge day for pizza sales nationwide.

Tony Rohr, 28, had worked for the chain for more than 10 years, and according to CNN, when he refused to open on Thanksgiving Day this year and force his employees to work, he says he was told to write a letter of resignation.

He wrote this instead:

“I accept that the refusal to comply with this greedy, immoral request means the end of my tenure with this company. I hope you realize that it is the people at the bottom of the totem pole that make your life possible.”

Tony was standing up for his employees. That’s it. Read the entire story here and see how things ended. 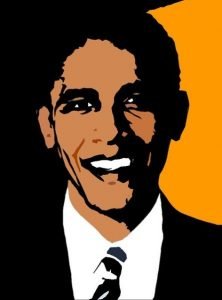 7. Anti-Obamacare Franchisee Is Awarded Nothing At Annual Franchise Convention

John Metz, the dude franchisee who made news headlines a while back because of his crazy idea having to do with Obamacare, seemed saddened by the news that he wouldn’t be getting any awards at the Denny’s franchise convention held in Las Vegas.

Sources that were in attendance told me that Metz was “blowing his nose and wiping his eyes an awful lot” towards the end of the Denny’s Franchisee Awards ceremony that took place earlier this year.

It seems that his fellow franchisees-and corporate didn’t really like his idea of adding a 5% surcharge to customer checks for Obamacare as was reported in The Huffington Post.

8. Trump University Gets Sued For Providing Absolutely Nothing Of Value

This is more of a “be your own boss” story than anything, but it’s one that any potential franchise owner needs to know about.

It seems that people who wanted to be their own bosses were led to believe that they too, could become real estate moguls. 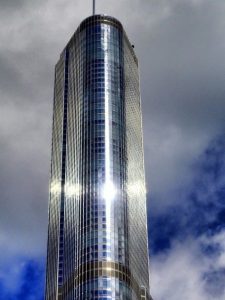 “Trump Entrepreneur Initiative (formerly known as Trump University) is an online learning center headed by business and media mogul Donald Trump. Over the years Trump has made a name for himself in high-end real estate and property development, but is perhaps recently more famous for his television shows, The Apprentice and Celebrity Apprentice.”

According to The New York Attorney General’s Office, Donald Trump is being sued and accused of defrauding more than 5,000 people nationwide through his “Trump University” that offered free seminars to help them get rich by teaching real estate-investing techniques used by the billionaire developer-turned-reality TV star.

The math: Allegedly, 5,000 people paid Trump University around $40 million to learn real estate investing techniques used by The Donald himself, but didn’t get anything close to what they paid for.

If something sounds too good to be true it probably is. Get the facts. Remove the emotion.

One of the biggest news stories in 2013 involved Taco Bell®.

Taco Bell® does a lot of great things. Just ask the millions of people that frequent their fast food restaurants.

But, sometimes, one stunt can make people forget about the good stuff.

Like when a Taco Bell® employee from what looks to be a Taco Bell® restaurant in Ridgecrest, California, took to the airwaves with a wonderful photo of himself licking a stack of tacos.

I have no idea what his thought-process was, but it wasn’t one that involved actual brain cells being used to their maximum capacity.

The Taco Bell® brand took a hit for a bit, but has since recovered.

As for the employee-I have no idea where he works now. Actually…I don’t want to know. 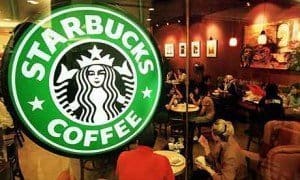 The waiting is finally over.

I’m planning on contacting all the people-who over the years have asked me how they can go about buying a Starbucks franchise-and share the news.

After years of email and phone inquiries coming into Starbucks corporate headquarters (can you imagine how many?) they’re finally doing it. Starbucks is selling franchises!

A couple of things:

A. You have to live in Europe

B. You have to have multi-unit food service experience

Unless you don’t live in Europe and/or have never owned a multiple-unit food-service business.

There’s one more little thing that you’ll have to be able to do in order to become a Starbucks franchisee.

Find out what it is here.

Those were the top franchise news headlines from 2013.