(Photo of Cape Town, South Africa courtesy of Sara and Joachim on Flickr)

According to Derek Smith, the new chairman of the Franchise Association of South Africa (FASA), franchising in South Africa is poised to play a significant role in growing the economy through training and job creation.

He also said that franchise success rates in South Africa are high, according to the folks over at bizcommunity.com:


“Franchising can be the low-risk, high-reward route to owning your own business. It allows you to be your own boss, to build your business as far as your talent and ambition allows and beyond and it allows you to reap the profits personally. If you choose wisely, it also gives you the back-up of an established franchisor with a known brand and a proven business system, a roadmap to success that’s been traveled many times before. While a high proportion of independent start-up companies quickly fall by the wayside-the percentage of failures can be as high as 90% as opposed to under 10% in franchising, figures show that franchises have a significantly higher success rate.”

But, how did the new franchise association chairman come up with those figures for South Africa franchising?

Franchise success rates in the US are a bit trickier to come up with.

That’s because there is a lot of spin involved.

Here’s an example from a US-based business brokerage website:

“Franchises have the highest success rates and the lowest failure rates of any business in North America today! Over 95% of all franchises are still in business after five years because they all come with built-in proven success formulas used by franchisees across the country.”

That quote is untrue, and I proved it on this blog post.

The only success you need to concentrate on is your success.

Graphs are kind of cool, too. 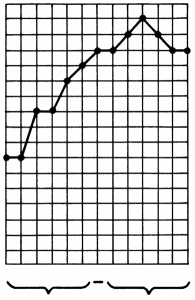 But, they have nothing to do with you.

Your situation is unique.

There are a lot of things that go into buying a franchise.

Read 20 things to do before you buy a franchise.

In addition, the place that you’re thinking of setting up shop will have a huge impact on your probabilities of success as an Owner.

Like if you were to start a franchise in South Africa.

Or in the United States.

Check out the blog posts on franchise success, below.

So you can improve your chances of being a successful franchise owner.

10 Things That Will Insure Your Success in Franchising

5 Tips on Running a Successful Franchise

How To Become A Successful Franchise Owner