You are here: Home / Franchise Purchasing / The Top 10 Franchise Business Ownership Myths That Need To Be Put Out To Pasture Once And For All (Part 2) 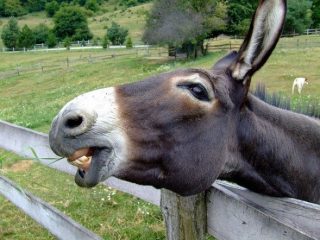 As an adult, you’re supposed to “own” your decisions.

But, it’s hard to do if the decisions you’ve made were based on false information. For example, some of the information that’s available on franchise business ownership is just plain old marketing spin.

This “spin” can be powerful stuff. Well-crafted spin can influence behavior. In my business…the franchise business, it can cause $35,000 franchise fee checks to get written by people who are looking for their shot at The American Dream.

In Part 1, I went through 4 out of the 10 franchise ownership myths that should be put out to pasture-once and for all. Now, I’m going to go through the other 6-so you can start your search for a franchise business opportunity with a clean slate…unlike most people.

Franchise Ownership Myths That Should Be Put Out To Pasture

How risky do you think it is to become the owner of a franchise? Do you think it’s less risky that starting a business from scratch?

One of the biggest myths about franchise ownership is that it’s less risky than an independent business start-up. Wrong.

For example, a franchise broker said this in an interview:

“Success rates appear to back them up: “The No. 1 reason businesses fail is lack of cash for working capital. After 10 years, only 16 percent of existing start-ups are still in business. With franchises, it’s 90 percent.”

Read how I debunked her claim. And, don’t fall for it if a franchise broker/consultant, or a franchise salesperson tells you that. Some franchise websites even show a quote that’s similar. Ignore it.

6. Owning A Franchise is Easy

“If it was easy, everyone would do it.”

Everyone doesn’t do it. Most people don’t own franchises…or any other type of business. The reason: It’s risky. Really. It is.

And, while there are many ways to lower your risk when buying a franchise, there’s no guarantee of success. And, it’s not easy being an owner.

Owning a franchise means long hours. It means more headaches (aggravations) as opposed to just being someone’s employee. It means that you are responsible for everything.

Is that what you want? If so, franchise ownership may be for you. Owning your own business can be so worth it. I know because I’m an Owner, myself.

7. Everything Is All Set-Up For You

It’s 100% true that there are specific systems in place and ready to go for you-the franchisee.

The technology you get access to (for the most part-it depends on the franchisor) can give you a real leg-up on your local competition. But, technology is only one aspect of the franchise concept you’re looking into. There are a few other things that will be “all set-up” for you. Like:

Everything you need…signage, business cards, stationary, handouts…door hangers, just about anything you need to advertise your local franchise business should be ready to go. All will have the official franchise logo and contact information specific to you. Yes; that’s all set-up for you-in advance of your Grand Opening.

Part of the attraction of the franchise business model is that you won’t have to create everything you need for your business. That’s pretty much the job of franchise headquarters. But, they can’t and won’t supply everything. There are bound to be several things that aren’t set-up and ready to go. The best way to find out what these things are is to ask existing franchisees. Include questions about what the franchisor does and doesn’t supply part of your research.

8. What Do You Know About Keys?

Unless you’re a locksmith, I’m going to assume that you know as much as I do about keys.

I don’t think about keys much, unless I can’t find them or they break in half.

Another question: What do you know about “Turnkey businesses?”

Have you ever heard of a Turnkey business?

If not, a Turnkey business is (hypothetically) a business in which all one has to do is write a check to a company—normally a franchise company, and get handed the key. Key is then inserted into lock. Key is turned. Business is open. Customers appear. Cash (insert cash register opening and closing sound effects here, Evan*) is collected instantly. Then, a few short months later… 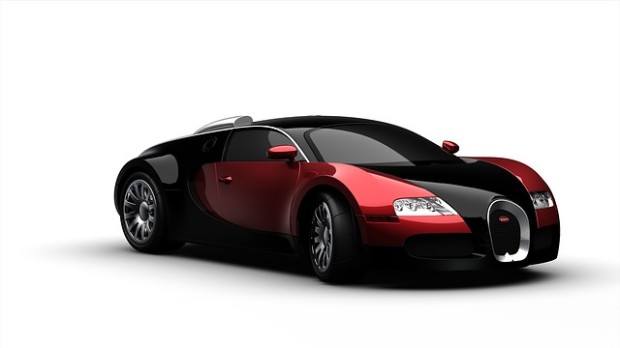 You’re driving one of these.  And, you’re hardly working.

Do you know why? Because you’re the owner a Turnkey business! You’ve bought a 100% ready-to-go business! And, it’s an instant millionaire-creator!

No you haven’t. That’s because there’s no such thing, except in the sick minds of some marketing mavens who happen to be great wordsmiths. So, forget about it. There is no such thing. Don’t fall for that term.

*Evan is a buddy of mine that creates amazing sound effects for television shows. I’m sending him this blog post in the hopes that he’ll send me that sound effect-which I’ll insert at a later date.

9. Only Real Entrepreneurs Own Franchises

Should I state this gently or Joelly?

If you become a franchisee you are not an entrepreneur.

The entrepreneur is the person who came up with the franchise concept.

I need to tell you that not everyone is in agreement with me on this. My good friend, who also wrote the forward to my hardcover book, disagrees with me, big-time. We go round and round on the topic of whether or not franchisees are entrepreneurs on a bi-yearly basis.  Read what Rieva wrote.

In summation, there may be some entrepreneurial things that you’ll have to do as a franchisee. But, in general, don’t plan on being able to use a massive amount of creativity when it comes to running your franchise.

To officially become the owner of a franchise, you’ll have to sign a multi-page document knows as the franchise agreement. This agreement is a legal and binding contract between you and the franchisor.

Before I continue, please embed the next sentence into your internal memory cells:

A few franchise attorneys are listed on the Franchise Biz Directory.

The bottom line: If you don’t ask you don’t get. Have your franchise attorney ask for things to be changed that you’re uncomfortable with. But, don’t expect miracles. Remember, the franchise model is all about consistency. In the products, services, signage, brand colors, and yes, even in the franchise agreements.

They used to be a little easier to get. That was before The Great Recession, and The Great Credit Crunch.

10 years ago, franchise buyers were buying franchises with their home equity lines. Not anymore; there’s not much equity!

Until recently, most banks were consistently looking for ways to say no to anyone that wanted to obtain a small business loan for a start-up business…franchise or non-franchise. That’s slowly changing, but small business loan approvals still have room to grow. I’m optimistic that things will continue to get better on the loan front, but don’t think that your loan will get approved faster…or even get approved at all, just because you’re buying a franchise.

A tip: Make sure that the franchise you choose is right for your geographical area, is well within your means, and is a concept that won’t quickly become yesterday’s hot franchise.

Finally, there is one more thing that will usually increase your chances of getting your franchise loan approved.

I shared The Top 10 Franchise Business Ownership Myths That Need To Be Put Out To Pasture Once And For All because you are going to run across them. You may see them in articles. You may hear them from franchise salespeople and franchise brokers and consultants.

And, now that you know what they are, you’re ready for them.

Dispel them at every turn. And, focus on good, old-fashioned fact-gathering.

That way, whatever decision you end up making comes from a place of confidence.