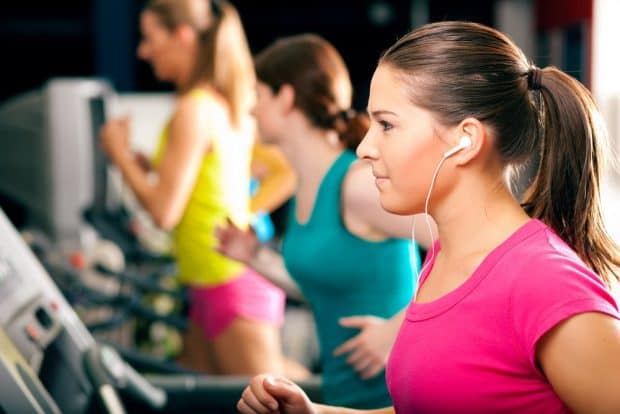 When I joined my late father’s franchise consulting firm in 2001, Curves For Women was one of the hottest franchise opportunities around. Thousands of franchises were up and running all over the US. By 2005, there were around 8,000 of them. Now here comes the good part (for Gary Heavin).

Pretend you’re the franchisor for a moment, and in 2005, your franchise empire consists of 8,000 franchise business units that are up and running.

Next, I want you imagine what it feels like to cash 8,000 franchise royalty checks every month?

Now let’s have some fun with math.

And as the franchisor, you require your franchisees to pay you 5% of their gross sales each and every month.

Which is approximately what Gary Heavin, the founder and CEO of Curves For Women, was getting.

FYI: Curves For Women was created for women, offering a complete fitness and nutrition solution. The famous Curves 30 minute workout started it all.

That’s because in only 30 minutes time, women can participate in a group workout designed to target all the major muscle groups…and burn 500 calories. Good stuff!

Curves management started selling franchises to the wrong people is what happened.

What’s more, there were lawsuits.

Franchise industry insiders told me that fairly-bored housewives were convincing their husbands to buy Curves For Women franchises for them, so they could have a shot at small business ownership.

It’s not that a fairly-bored housewife makes a lousy franchisee. It’s that they had no  business management experience, and they allowed themselves to get sucked into what I call, “Franchising’s Black Hole.”

The black hole I’m referring to is the “Business in a Box” ease of ownership mentality.

And, a lot of them failed.

So how are things now?

Could you own 3-4 Curves For Women franchises and make money?

Curves DF Holdings is pleased to announce the sale of the business to current President, Krishea Holloway. An agreement to acquire all shares was reached between North Castle Partners, existing Shareholders, and Holloway. They closed the transaction in August.

Curves International, out of Japan, will continue to operate the Curves business globally, all through Master Licenses. Holloway will operate the direct franchisee business in North America and Oceania as a Master Franchisee.

As of this writing, franchisee numbers are tough to come by.

Curves For Women has problems.

It’s too bad, as fitness franchises are hot.

And owning 3, 4, or even 5 Curves sounds attractive.

But the future is uncertain.

Tip: Set up a Google Alert for “Curves franchise opportunities.”

Just in case the opportunity improves.

Please Share This Article!
101Shares
Note: When you buy through links on our site, we may earn an affiliate commission.