You are here: Home / due diligence / Should You Buy A Franchise Because Of It’s Brand?

Allow me to post this question, Mr. or Mrs. Franchise Buyer:

If you had an opportunity to buy a franchise that has huge name-recognition, would you be willing to risk it all to become a franchisee?

I’ll wait for your answer.

Buy A Franchise Because Of It’s Brand:The Promise

Let’s assume that you had a once-in-a-lifetime opportunity to buy a McDonald’s franchise, considered by many to be the best franchise to own.

Take a look at the image above. What do you see?

Better yet, what do you feel?

Forget for a moment that you’re looking to possibly become the owner of a franchise this year.

Instead, pretend that you’re driving to Aunt Bess’s house in Bangor, Maine. You’ve been obeying the speed limit on I-95 (as boring as that is) and are starting to get hungry. You’ve passed numerous rest areas, and have seen food signs at just about every exit. Almost every sign has a McDonald’s logo. In other words, you know what restaurant you’ll be eating lunch at. And, you’re fine with it. Would you like to know why?

Because of the promise of The Brand. The McDonald’s franchise brand.

You know what your Big Mac is going to taste like. Exactly. You know how much your lunch will cost. You know that the restrooms will be pretty clean.

The bottom line is this: You know what you’re going to get. And, it doesn’t matter if you’re travelling on I-95 towards Maine, or if you’re winding through some of the small towns on Route 66 in Arizona. How well can that promise transfer over to you…the potential franchise owner?

That, my friends, is the million-dollar question.

(Which happens to be the cost of a  McDonald’s franchise-on the low-end of the scale.)

I think it can, and that’s part of what you’re paying for if you bought a McDonald’s franchise.

Let’s move away from the burger franchise that my friend (and comedian) Eric Nusbaum calls, “Mac And Don’s Rainbow Room.”  (Caution: The “Eric Nusbaum link will transport you to a comedy club in Rochester, New York, via YouTube-with Eric doing a 10-minute routine that I’ve rated R.)

There are other brand-name franchises around. But, should you buy one of those franchises…because of their brand?

For example, let’s say that you were interested in an Applebee’s restaurant franchise.

In my area of the country, it’s a very recognizable brand. And, with 2,000 locations up and running, it’s not a small franchise operation.

Now, obviously Applebee’s doesn’t have the reach like some of the other franchise brands. And, they haven’t been around for 50 years. And, you don’t see them too often when you’re travelling by car.

The Downside Of Being Part Of A Brand

It travels day and night.

And, if you’re a franchisee of a well-known brand, news about your brand can affect you…your revenue.

Or, more recently, when a waitress got into big trouble for calling out a St. Louis pastor who insulted her.

Do you remember what those idiot employees at Domino’s Pizza did on camera?

Being part of a brand can go both ways. Most of the time, it’s a good thing. Today’s consumers really do like things that are familiar.

I just don’t want you to buy a franchise only because of the promise of The Brand.

New Video! Big Brands: How Much Money Will You Need To Buy a Subway® Franchise 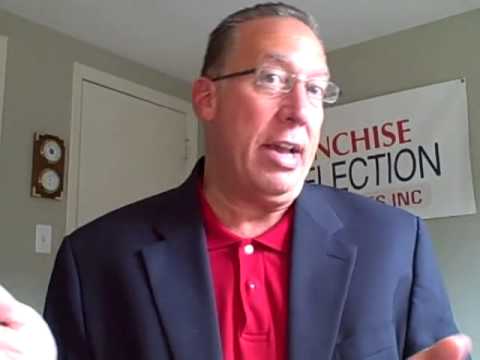