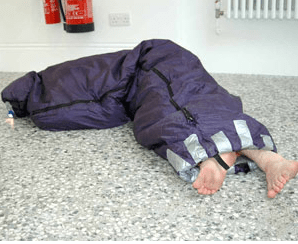 To West Texas, With Love

I moved there from Cleveland, a metropolis, to an area of the country known as the Permian Basin, for one reason, and one reason only.

Love. I moved for love. 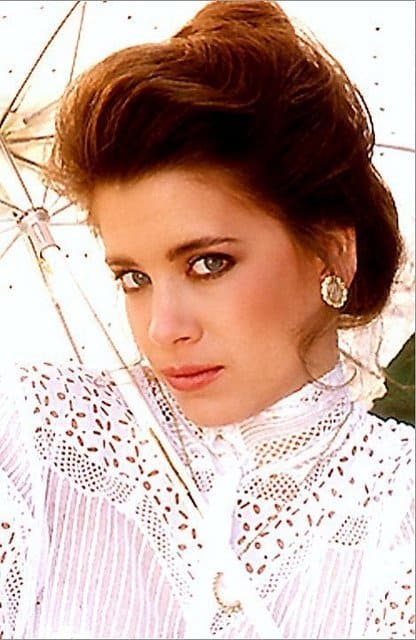 I Was In Love

If you’re thinking I moved to the tiny Texas town of Andrews because I was in love with a beautiful woman, you’d be wrong. But, I was in love. 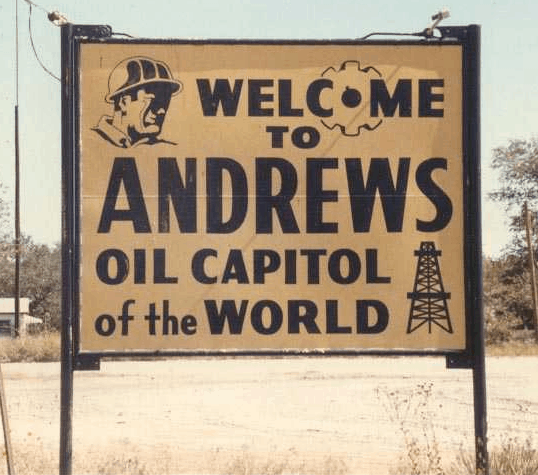 It, being my new career. My new “Rock Star” career. 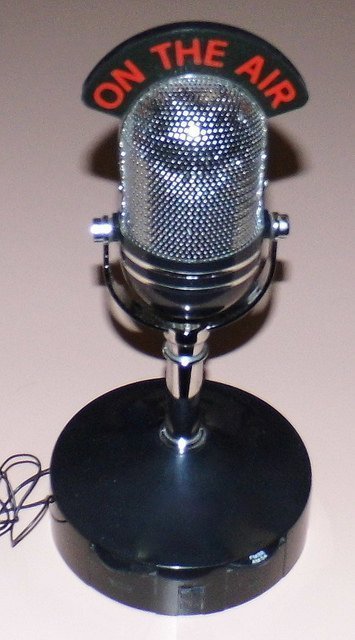 Less than 40 seconds after receiving said offer, I accepted it. 3 weeks later, I packed my car up (a loud-on-purpose-very-fast yellow 1973 Dodge Challenger) and moved to Iowa.

My job title: Assistant News Director: Farm Bureau Director. It’s a good thing I had a plethora of agricultural experience.

At 6:00 am Monday-through Friday, I got in front of the KOUR-AM Radio microphone and shared crop and livestock prices I had just collected from the Chicago Board of Trade teletype machine. 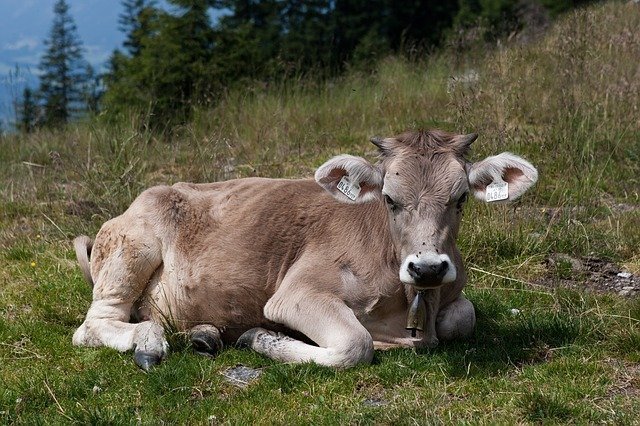 Whatever: I was on the radio!

Then, 3 or 4 months later, (I don’t remember, exactly) I was all of a sudden packing my car up. I guess it must have been a culture thing. More like a culture shock thing. (For me, and probably for the farmers who were listening to me in the morning) For the station manager, too, me thinks, because I was fired, and I don’t even remember why. I do remember being miserable there most of time, though. The radio station really sucked. It was off the air due to technical issues all the time. The town kinda sucked, too. What can I say? (My apologies to the town of Independence, Iowa- but I call em like I see em.)

“What does your really short-lived radio station job in Iowa have to do with your stint in West Texas-and a sleeping bag, Joel?”

I did feel like a Rock Star after only two months in Andrews. Texas-sleeping bag and all.

A few months after getting fired, I received a call from Eric, who I had worked with at KOUR-AM. Like me, he was a graduate of The Ohio School Of Broadcast Technique. But, he wasn’t working in Iowa anymore. He was working at KACT AM-FM, a radio station in West Texas. As a matter of fact, he was the Program Director. And, he wanted me to be the 7-Midnight DJ on the FM side, K-105.

So, a one-way plane ticket (courtesy of Mom and Dad) was purchased, and I headed to the Permian Basin.

Here I am on launch day-before I left for the airport. 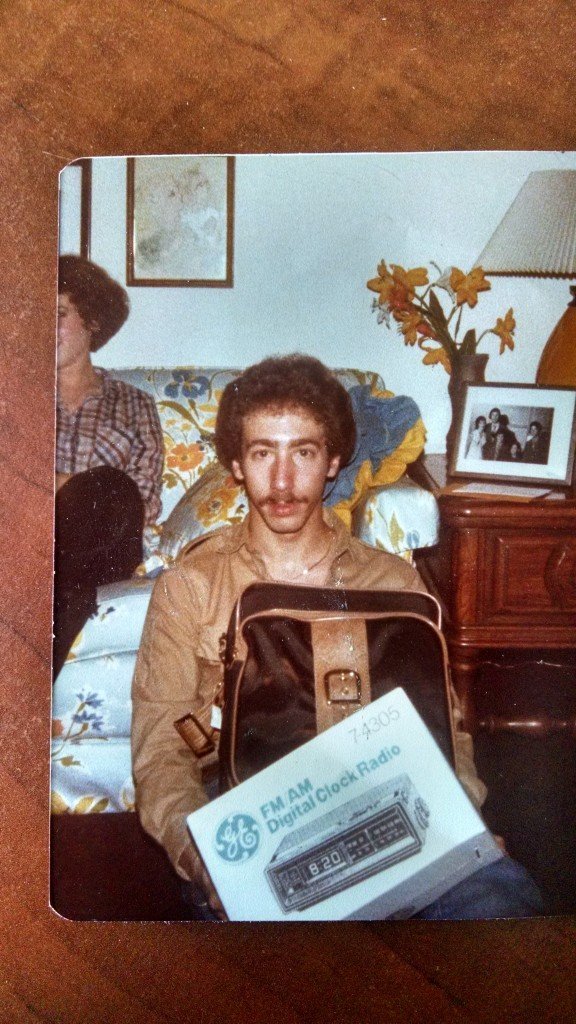 (The look on my face was probably due to having to take yet another picture.)

The Permian Basin gives its name to a large oil and natural gas producing area, part of the Mid-Continent Oil Producing Area. Total production for that region up to the beginning of 1993 was over 14.9 billion barrels (2.37×109 m3). The towns of Midland and Odessa serve as the headquarters for oil production activities in the basin.

The town of Andrews, Texas, is in the Permian Basin. So was KACT AM-FM.

I didn’t have a bed. I knew I wouldn’t going in. Temporarily.

That said, it was nice of Eric to put me up at his place, though. It’s not like I had brought thousands of dollars with me. I brought two suitcases and a nice pair of headphones. (That I’d soon be plugging into the radio studio board!) I brought some other stuff, too. Don’t ask. 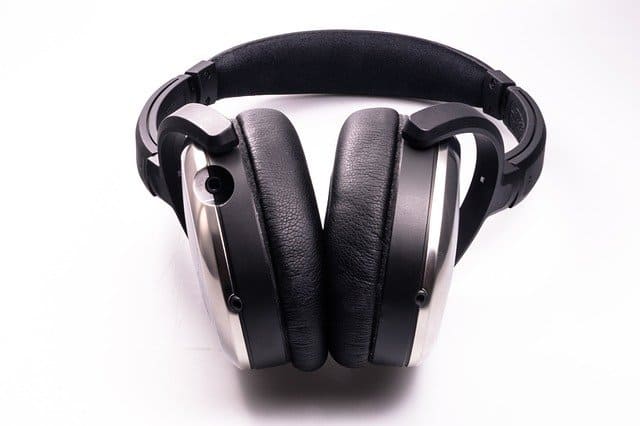 The bottom line: I pretty much lived out of two suitcases and slept on the floor in a sleeping bag for a few months. Big whoop. It was so worth it. Even with the carpet crawlers. 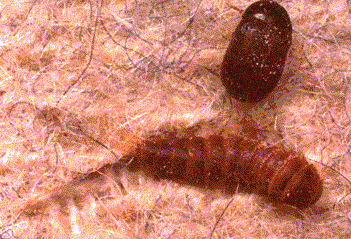 -Genesis, Carpet Crawlers, The Lamb Lies Down On Broadway, 1974

The little buggers were everywhere. All over the carpeting. Nasty, I know. But, I didn’t really mind all that much. I just continued with The Unzipping Of My Sleeping Bag every single morning, carpet crawlers and all. Would you like to know why?

Because I was willing to do whatever it took to be on the air. To be on the radio. To be a Rock-N-Roll DJ. Like Kid Leo from WMMS-Cleveland. Listen to this guy’s pipes.

At the time, everyone (in Rock radio) wanted to work at WMMS, me included. It was the #1 Rock station in the country for years. The station played a key role in breaking such rock icons as David Bowie, Roxy Music, Rush and Bruce Springsteen. Read

I was living the dream. My dream.

My evening show was called “The JL Nite Bash.” 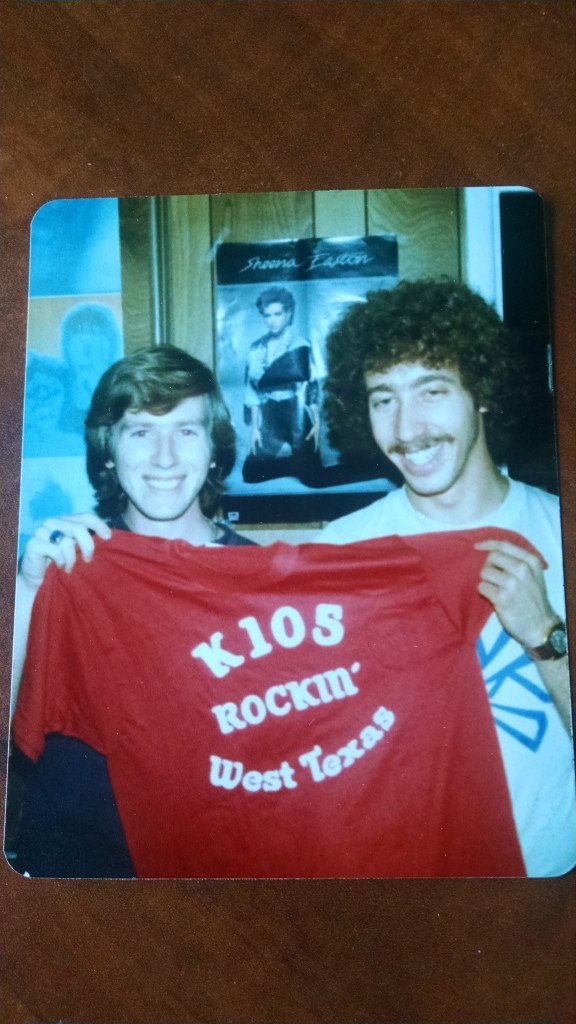 Eric and I even used my situation to our advantage. Eric would call me (he was the morning drive-time DJ) every morning for what we called, “The JL Out Of The Sleeping Bag Morning Report.” It was a blast. We went back and forth, reporting on the news and such. But, mostly we joked around. It was great. Working there was great. I was in my element. And, I was a Rock Star, locally. (OK. A Radio Star) Whatevas.

“You finally brought up franchising, Joel!”

I sure did. I will again, in a moment.

Andrews had a Sonic Drive-In Restaurant. The real deal. And, it was a locally-owned franchise. The franchisee was awesome, and he was the radio station’s biggest advertiser. Eric and I pretty much ate for free. I think the owner’s name was Craig. The franchise is still there.

In addition, we did several remote broadcasts from Sonic, and they were always fun. Fans would come from near and far. Well, mostly near. Eric and I were both stars in that little town. And the girls….

Enough said. Use your imagination. Then magnify it. More. 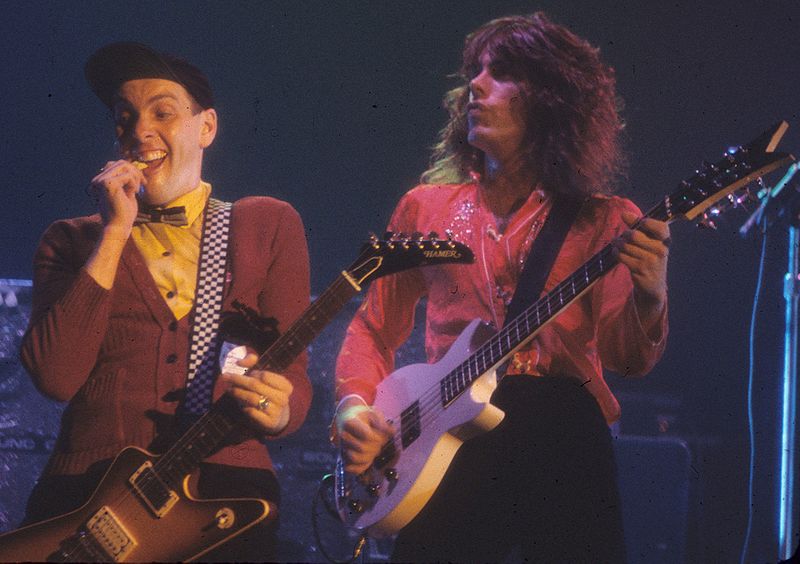 Partying with Cheap Trick and The Michael Stanley Band

We drove up to Lubbock, Texas to attend the Cheap Trick concert-but not as concert-goers. We went as Press. All we needed were badges to make things official.

I approached Michael Stanley’s Stage Manager-I told him where I was from, and where I lived in relation to Michael. Three minutes later we scored Backstage Passes.

We also scored an interview with Michael, and met the band members…talked about Cleveland. It was great. Michael was a real down-to-earth guy. He still is. As a matter of fact, he’s been on Cleveland radio for years. And, I know his daughter, Anna.

We also got to spend some time with Cheap Trick. They wouldn’t do an interview with us-we were small town* DJ’s, but we did get invited to their after-concert party, backstage. The concert was great. The party was fun.

*I bet things would be different today. Small towns vs. big towns don’t matter as much. The advent of social media and the internet has given an equal voice to companies, towns and people-no matter the size. Maybe Rick Nielsen, the band’s leader, would have been a little nicer to us. He would have granted us an interview. If he didn’t, I would make sure to share as much with my fans, followers and VIP Franchise Newsletter subscribers.

My years as an evening Rock-N-Roll DJ at K-105 were pretty great. It was pretty cool to be a “local celebrity.” In a way, I was a Rock Star. At least to my fans. It was also fulfilling because I got to play the music I loved, and I had a blast on the air. (Hey-I’m a funny guy, and I made folks laugh. And, what I was doing at the time didn’t feel like “work.”) Except when this happened. I had to announce it live on the air. It was really intense. I’ll never forget it.

All good things must come to an end, and a bunch of us got fired when management decided to “go a different direction” with the radio station. Again, I moved back to Cleveland. I worked at another small radio station near Cleveland for a short while, and I did some voice-over work. Then my radio days were over. Even with my pipes-which were considered above-average I couldn’t seem to break into larger radio markets. And, quite frankly, I didn’t have some of the business skills I have today. Things I could have used like networking, knowing how to do interviews, and asking for referrals to decision-makers.

Fact: I had to sleep in a sleeping bag on the floor right beside the carpet crawlers. It was fairly unpleasant, but it was part of the deal I made with myself.

The deal I made with myself was the “whatever it takes” one.  I decided to do whatever I had to do to get where I wanted to go. To be an on-air Rock-N-Roll DJ. I was taking no prisoners. I was just going to do it no matter what.

And, for your information, I was eventually able to get my own place in Andrews. A real bed was included. Sweet!

But, would I do it all over again?

Are you willing to do whatever it takes to reach your goals?

Your goal may be to get a new job.

Your goal may be to become a millionaire by 2020.

Your goal may be to invent something that changes people’s lives.

Your goal may be to become the owner of a franchise.

How far will you go to reach your goals?

Will you do whatever it takes?