You are here: Home / Become a Franchise Owner! / Answered: What Is A Franchise?
Follow @FranchiseKing 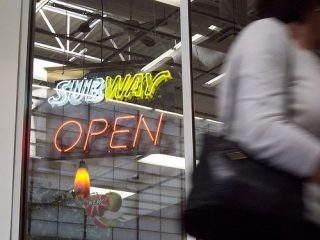 I’m going to assume you’re here because you want to know the genuine definition of a franchise.

Well, I’m glad you’re here, because a lot of people who are interested in franchising don’t know what a franchise is.

In fact, most people, when asked, will answer the question the question with: “Well, Subway® is a franchise. And so is McDonald’s. They’re both fast food franchise businesses.”

And while both answers are true, they don’t truly define what a franchise is-or does.

With this in mind, I’d like to provide you with the answer.

The Definition Of A Franchise?

I’m quite confident that if I asked 5 people for their own definition of a franchise, I’d get 5 different answers. But that’s okay. You don’t know until you know.

That said, I feel that knowledge is power. In other words, if you’re seriously thinking of becoming the owner of a franchise business someday, you need to learn as much as you can about the franchise business model, and how it works.

That’s because these days, it’s way too risky to go out and buy a franchise just because it’s “hot,” or because you’ve, “always wanted to own a restaurant.”

So, without further ado, here’s the real definition of a franchise business. (Two franchise definitions, actually.)

Here’s my non-legal definition of a franchise
“An arrangement in which the entrepreneur (the franchisor) who has invented a business that sells goods or services, it’s system and its model, who is looking to replicate it, partners with and gives people who would like an opportunity to own their own business, the right to use proprietary, detailed techniques in running it, while building equity for themselves and their families. The franchisor’s own money is invested up front, while company growth is leveraged by using other people’s (the franchisees) money.”

“A franchise arrangement typically involves the granting by one party (the franchisor) to another party (the franchisee) the right to carry on a particular name or trade mark, according to an identified system.
Franchises are usually located within a territory or at one specific location, for an agreed upon term. The franchisee is granted a franchise license to use the franchise company’s trademarks, systems, signage, software, and other proprietary tools and systems in accordance with the guidelines set forth in the franchise contract.”

The FTC Rule defines a franchise as “Any continuing commercial relationship or arrangement in which the terms of the offer or contract specify, or the franchisor promises or represents, orally or in writing.”
And…

Now that you have the definition of a franchise, what are you going to do with it? How are you planning to leverage the business systems, support and the brand name you get when you own a franchise?

Are you going to start searching for a franchise opportunity that may make sense for you?

If you’ve already been searching-and you feel that you’ve found one or two good franchise business opportunities, have you begun doing your research so you can eventually become a franchise owner?

Are you just curious?

Maybe you’re in a miserable job situation, and you’re trying to decide if you should:

A. Look for another job in the same field

B. Look for a new career

E. Avoid the reality of your situation-and just hang out online-watching videos.


Maybe you’re here because you want to…

Learn Exactly How To Buy A Profitable Franchise

So you can take control of your life-once and for all.

And work for YOU.