You are here: Home / Franchise Business Q and A / New LinkedIn Group Started: How To Buy A Franchise 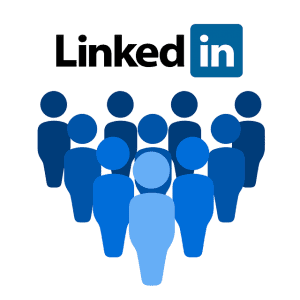 Or, are you interested in at least learning about becoming a franchise owner?

If so, I just started something that I hope you’ll find useful. And, it’s free for you to get involved with.

New LinkedIn Group Started: How To Buy A Franchise

I just started a group on LinkedIn. It’s the…

How To Buy A Franchise Group

It’s my first real foray into creating and running a group.


I decided to create this LinkedIn Group because I wanted to have a central place for people interested in franchise ownership to meet, ask questions, and share their experiences.

I also wanted the place to be highly professional. I could have chosen to create this group on Facebook, but I decided to go with LinkedIn because I felt like it would be a better fit for the types of people who would potentially join. Plus, the team at Facebook changes things around too much. I didn’t want to go into the group and explain why members would no longer be able to ____ and would instead have to ______.  Anyway…

LinkedIn feels more professional…more serious. It should be a good place for what I’m trying to accomplish. And, it’s a Closed Group. Our discussions will remain private. Employers, fellow employees, and even your friends on LinkedIn cannot see our interactions.

FYI: Buying a franchise is a serious thing. Most people don’t have the courage to do it.

One Very Special Thing About This LinkedIn Group

When I set the group up, I knew there was one thing I absolutely didn’t want.

From The How To Buy A Franchise Group Page:

“Important: This group is for prospective franchise business owners only. The gates to my Castle are not open to franchisors, franchise brokers, franchise consultants etc., because I don’t want group members to be influenced by individuals or a companies that sell franchises.”

To police that rule, I approve every potential member personally. Doing so takes a bit longer-I have to make sure someone like a franchise consultant isn’t trying to sneak in.

I don’t want members of the group to be influenced by anyone selling franchises.

“This group houses useful discussions between people who are looking to investigate and possibly buy a franchise and The Franchise King®, Joel Libava.”

“The purpose of this group is to provide straightforward answers to questions concerning choosing, researching, and buying a franchise.”

If you have questions…and want answers…straightforward answers to your toughest questions on choosing, researching, and buying a franchise, do yourself a favor, and join my new LinkedIn Group.  I think you’ll like it.

I’ve also invited a few current franchise owners who I know, like and trust. They’ll share their real-life experiences with group members.

I’d like to help you be the King of your franchise business…but only if you decide to go that route.