You are here: Home / Buying A Franchise Business / This Is Why Future Franchise Owners Feel Frustrated
Follow @FranchiseKing 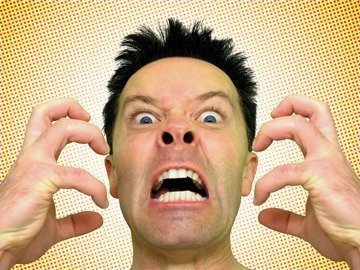 If you’ve been looking for a franchise to buy for any length of time, you know first-hand how frustrating the process can be.

Do you know the difference between franchise opportunities and business opportunities? Watch the short video I produced to find out what they are.

This Is Why Future Franchise Owners Feel Frustrated

“Joel, I’m wondering if you can help me. I’ve been searching for franchises for months, and I can’t seem to find one that makes makes sense for me. I’m so frustrated! Can you help me figure this whole thing out?”

“Hi Mr. Franchise King, I hope you can help me. I’m having trouble choosing between 3 franchises that I really like. I can’t seem to get answers from anyone about money etc. how can you help me?”

“Joel, I have no idea how to pick a franchise out. I don’t even know where to begin. I’ve spent a couple of weeks looking at franchise opportunity websites, but I’m really confused. I don’t know what to look for. Help!”

Are you sensing a pattern?

Most people don’t know how to find a franchise…a franchise opportunity that’s right for them. 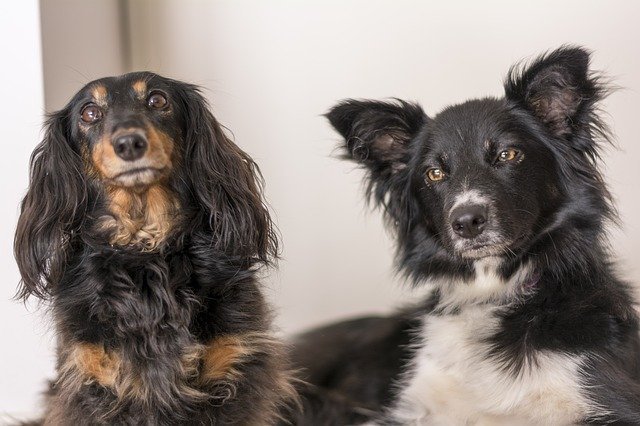 “You need to start the franchise search with you. Forget about the actual franchise opportunities that are available. They don’t matter. Not yet, anyway. What matters is you. Your top skills. Your personal characteristics. The things that make you tick.”

– From my article, How To Buy A Franchise

Seriously. Get off your computer or your Smartphone for awhile, and put together a list of your top skills and your dominant personal characteristics. Then hit the franchise opportunity websites. You’ll dramatically lower your level of frustration-I promise. That’s because instead of trying to figure out which franchises (out of 3,000+) to request information from, your long list will only include franchises that you may be a fit for. (Because you’re basing your choices on what you bring to the table…your top skills and your dominant personal characteristics.)

Another Reason Why Future Franchise Owners Are Frustrated

There’s another reason why future franchise owners feel so frustrated. And, it’s a biggie.

Take franchise consultants…franchise brokers… and franchise coaches (which are all the same) for example. Should you trust them?

Here is what a typical franchise consultant agreement looks like.

(It’s actually a combination of the one I had -but not exactly…when I was a franchise consultant years ago, and others I’ve seen and heard about.) 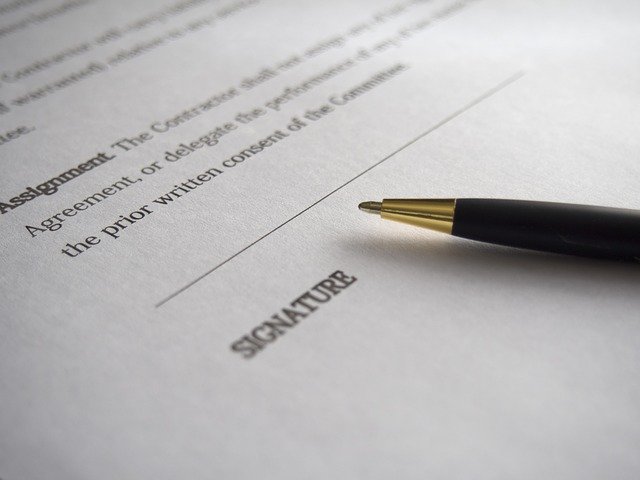 Your role as a franchise consultant is to facilitate a match between a prospective franchise owner (candidate) and a company (franchisor) offering franchise and/or business opportunities.

You may use any type of marketing/advertising to attract franchise candidates. Expect to see national marketing, too, since you will be paying into a marketing fund.

FYI: You will need to have a lot of candidates in your sales pipeline as most of them won’t end up buying a franchise. Make sure your marketing budget is high enough to keep your candidate pipeline full.

Once you have an interested candidate, it’s your job to try to match the candidate to a franchise or business opportunity that we are contracted with. It’s the only way you’ll get paid since your franchise matching services are offered for free. You are allowed to contract with franchisors that are not in our inventory.

You’ll be given access to our “inventory” of franchise and business opportunities. Currently, our inventory of opportunities includes 145 different franchises. That number can change at anytime since franchisors drop out or we contract with new ones.

FYI: We do vet franchisors somewhat. We make sure they are registered to sell their offerings in the U.S. and/or Canada. We usually visit headquarters. We sometimes talk to existing franchisees. So, they are, in a sense, pre-screened franchises. We may use the words “pre-screened” in our national marketing initiatives, but we can’t and don’t guarantee they’ll less risky because of our vetting process.

How you get paid: You’ll receive a percentage of the franchise fee upon your successful placement of a franchise candidate with one of the companies we are contracted with. Amounts will vary based on each individual contract. The minimum percentage you’ll receive as of this writing is 40%. So, if the franchise fee for a particular franchise is $40,000, you’ll get paid a commission of $16,000* of which 10% will be retained by us for membership in our consulting group.

Fees: In addition to the 10% fee taken out of every deal you make, a monthly marketing and technology fee of $750 is billed to you every month.

So, that’s what a franchise consultant agreement looks like. You can see how they get paid. And, you now know why they are able to offer their “Franchise Matching” services for free.

Why There Are Trust Issues In Franchising

Part of the reason trust issues exist in franchising has to do with the industry itself. It’s really difficult to get to the truth.

Unless franchise owner earnings are clearly stated in the Franchise Disclosure Document (FDD) it’s a bit challenging to get the truth about how much franchise owners are actually making.

And, even if earnings…sales figures, or a combination of the two are disclosed in the FDD, the figures aren’t exactly bullet-proof. It’s not like there’s a statement from the franchisor stating that you’re guaranteed to make the same amount of money listed in the actual earnings claim. So, now what?

Personally, I don’t give a rat’s a%$ if franchisors share earnings claims or not.

Bonus Tip: if you’re looking into a franchise opportunity that discloses earnings claims in their FDD, share those numbers with the franchisees you contact. Ask them if the figures sound right. In most cases they’ll tell you. And, if you approach them right, they’ll tell you a lot more. It’s easier to get to the truth…to the heart of the matter, by talking with franchisees that are in the business you want to be in.

You really do have to approach existing franchise owners the right way. If you don’t, you’ll never get the information you need to make an intelligent fact-based decision on whether or not to buy the franchise you’re interested in owning. 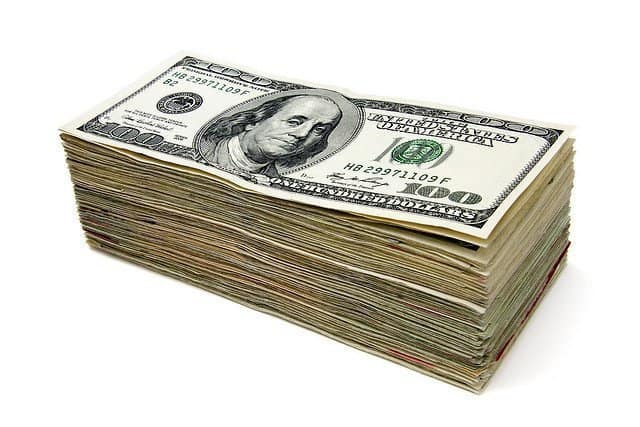 Notice the word I didn’t use.

And, please notice that the sample franchise consultant agreement above didn’t use the word, client, either.

That’s because the candidate…the person using the “Free Service” that’s being provided by the consultant isn’t the client.

The franchisor is the client.

But, when you’re working with a franchise consultant you’ll “feel” like you’re the client. You’re made to feel that it’s all about you. All about your dreams. Your goals. The next sentence…

When a $20,000 commission check (from a franchisor) is ready and waiting to be sent to your consultant for matching you up to a franchise they represent, your franchise consultants goals may become more important than your goals.

It’s pretty hard for us humans to walk away from a 5-figure check. It was hard for me to do when I was a franchise consultant.

“Dopamine is a neurotransmitter that helps control the brain’s reward and pleasure centers. Dopamine also helps regulate movement and emotional responses, and it enables us not only to see rewards, but to take action to move toward them.”

Powerful stuff, that Dopamine. Powerful enough to make your goals and your dreams less important than your consultants goals and dreams?

All I’m saying is that you need to follow the money in franchising. 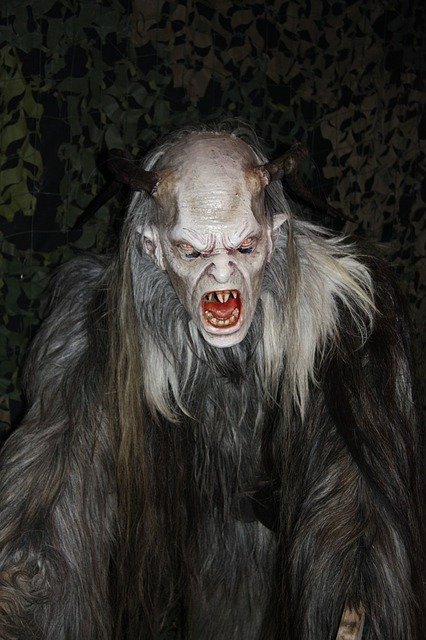 That doesn’t mean that franchise consultant-brokers-and coaches are evil beings that are out to get you.

But, you need to remember that this is all about you.

It’s not about the franchisor.

It’s not about a franchise consultant.

Buying A Franchise Can Be Frustrating

Was your last car-buying experience frustrating?

How many televisions did you have to see and maybe even read up on before you bought one? Were you frustrated by all the choices?

Do you remember how frustrated and stressed out you were when you purchased your first home?

Buying a franchise is going to be a learning experience, too.

It’s just that the stakes are higher.