As you may have heard, John Schnatter stepped down as chairman of Papa John’s after it was revealed that he used a nasty racial slur during a conference call.

Generally speaking, when something like that happens-when a franchise brand gets bad PR, franchisees suffer.

Unless the executive team at franchise headquarters steps up to help franchisees win. Like Papa John’s just did.

I just found out that franchise businesses in Canada are starting to have to deal with joint-employer issues.

Specifically, the separation of a franchisor from its franchisees’ local employment decisions has surfaced in a number of recent cases. We’ll have to wait and see how franchising in the Great White North deals with these issues as they become more prevalent.

Good news: the management team at Steak n Shake has decided to sell their company-owned units for $10,000 each. The bad news: The people who end up buying them are not going to be franchisees. They’ll rake in some of the profits, but they won’t own a thing.

Read this QSR Magazine article to find out if you should turn your independent business into a franchise business.

According to Richard Suarez, lack of time, injury and discomfort, boredom, slow results and lack of support are the five barriers that keep people from exercising. His Studio FitOne program aims to eliminate those barriers, and he’s ready to franchise the operation nationally. 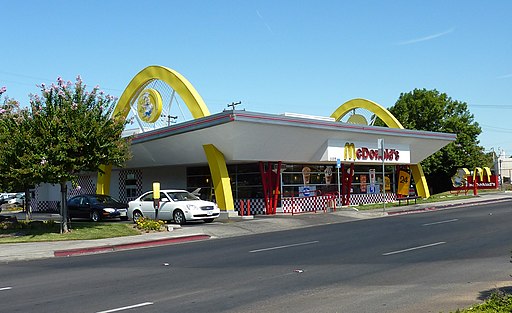 McDonald’s just announced a $6 billion plan to overhaul most of its 14,000 U.S. restaurants. It’s the fast-food giant’s biggest renovation project in decades. Of course, franchisees are expected to kick in their own money. Go here to find out how much they have to invest in the renovations.

Did you know that Jack in the Box has been undergoing refranchising? Check out how they’re selling company-owned stores to franchisees.