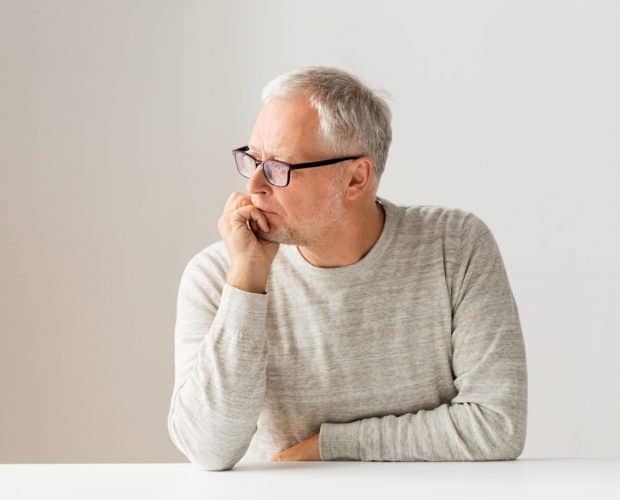 It’s great to be living in a country that has a strong economy.

With unemployment numbers  hovering around 4%, and 6 straight quarters of growth, the U.S. economy is doing well.

Now, that’s good news if you’re an employee. It means that your chances of getting downsized are pretty low, and you may even get a raise in the near future. If that’s the case, good for you. Really. I’m happy when people who work for others are making money.

But, believe it or not, a strong economy isn’t good for everybody.

Keep reading, because I’m going to show you what franchise consultants are starting to do because of our good economic conditions..

The Franchise Industry Gets Clobbered When The Economy Is Good

If you’re employed by a franchisor, or if you’re self-employed-like a franchise consultant, a booming economy can be an ugly thing. 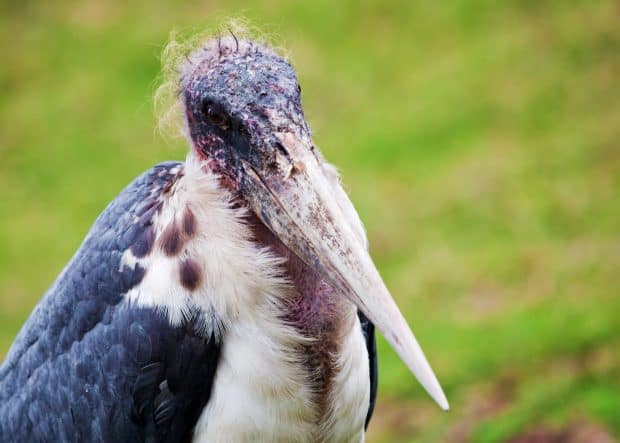 That’s because when people are happily employed, and they’re making good money, they generally don’t seek out riskier ventures.

In other words, they usually* don’t leave their jobs to open their own businesses.

Tip: Make sure you read my top franchise trends and predictions article, so you can learn more about how a good economy affects franchising.

*A small number of people who are gainfully employed actually do walk away from their steady paychecks to become their own bosses. Some. It depends on the situation.

For instance, if you’re 50 years old, and have worked in a corporate setting all your life, you may be burned out. And because of that, you may feel that since you’re not getting any younger, and you’ve always wanted to be your own boss, this could be a good time to do it.

I’ve worked with hundreds of people over the years who have had good jobs, but want out.

A good deal of them have been high-earners. (Income’s of $150,000 a year and up.) In most cases, heck-in almost every case, they ended up staying where they were. Can you guess why?

I’ll give you a minute.

In a nutshell, as well-intentioned as my clients were, as excited as they felt about “finally” leaving corporate America and going out on their own, they just couldn’t pull the trigger.

Seriously, if you’re currently working (and you’re making good money), would you leave your job in order to be your own boss?

Could you be convinced to leave your job…by a franchise consultant?

Today’s franchise consultants, also called franchise brokers and franchise coaches, make their money by “matching” you to any one of a number of franchise opportunities they’re contracted with.

So, for example, if you decide to use their “Free Services,” and end up buying a franchise they represent, your consultant will receive a check from the franchise company equaling 40-50% of the upfront Franchise Fee. (The average payday for ONE successful match is $20,000. That’s why consultants, brokers, and coaches offer “Free Services.”)

With that in mind, there are a couple of things you need to know.

1. There are a LOT of franchise consultants around.

2. Some of them are becoming franchise sellers-as opposed to just “matchmakers.”

Let me explain why these two thing are important-especially if you decide to work with one of them.

And why #2 is very worrisome. 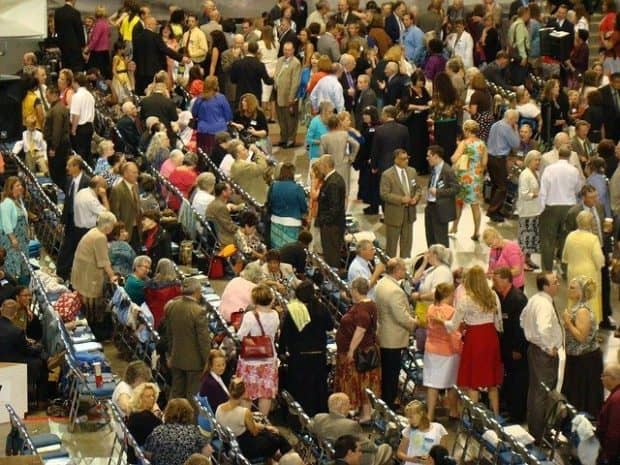 Franchise Consultants Number In The Thousands

If you’re actively looking at franchise opportunities, there’s a 70% chance you’ll be contacted by a franchise consultant. That’s because consultants are constantly on the hunt for people just like you. People who are actively searching online for franchises.

Here’s A List Of The Top 10 Franchise Opportunity Websites

Some consultants, or consultant organizations, advertise their “Free Franchise Consultations” on LinkedIn, Google, or Facebook. Others pay for “leads.” These leads come in the form of “Free Help Finding A Franchise” forms you find on franchise business opportunity websites. When you fill one of these forms out, a franchise broker will contact you, so she can explain her free services. After all, she paid for your information.

The thing is, several other franchise brokers are paying for leads, too. So, the chances are good that you’re going to be contacted by more than one broker.

Now, combine that with:

Do you see where I’m going here?

The chances of feeling overwhelmed and confused are pretty high when you’re looking at several franchises at once. Even if you’re highly-organized and super-focused.

That’s because when you’re looking at franchises…investigating franchises, it’s a highly-emotional time. Your mind will be going in dozens of different directions. And if you look at more then 3 franchises at once, things are going to get real confusing-real quick. There are lots of details. Plus, every franchise business opportunity has a unique process that they have their franchise candidates (you) go through.

As an added bonus, your feelings will be all over the map. You’ll have days when you feel you can conquer the world as the owner of a franchise business.

Conversely, you’ll have days that are dominated with raw, seemingly uncontrollable fear.

My point is this: It’s easy to get overwhelmed when you’re looking for the right franchise to own. Especially if you’re looking at two or three franchise opportunities, and fielding calls from a couple of franchise consultants who want you to work with them.

And it’s how they’re starting to work with their candidates that’s concerning. 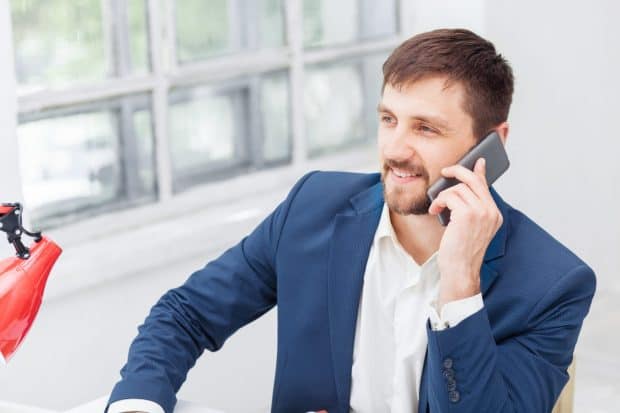 It used to be that franchise consultants stayed pretty far removed from the actual franchise sales process. They did the “matchmaking” part, and then let the franchise salespeople (franchise development representatives) do the selling.

That’s why, as a prospective franchise owner, it’s important to know that some franchise consultants are all of a sudden becoming franchise salespeople, because they’re participating in the phone calls you’re having with franchise headquarters.

Now, before you write this off as being “no big deal,” you need to know that this has never happened before.

Against one person who’s attempting to make a good buying decision. One which will change their life.

Simply put, every “Free Consultation” is designed to move you towards a franchise the “consultant” or “coach” represents, so the consultant can get paid his or her $20,000 commission from the franchisor.

First off, a good consultant stays neutral.* She’s confident in her matchmaking abilities. And she’s trying to make sure that whatever you’re looking at is actually a good fit.

If all of a sudden she’s on the phone calls you’re having with the franchise sales rep, that “neutrality” instantly disappears.

*You need to remember that good franchise consultants work for the same exact reason that average and below-average consultants do: To get a large commission check sent to them via FedEx from the franchisor. So, they’re really only “neutral” to a point.

Translation: You…the franchise buyer, is going to feel the heat. Pressure. From two people instead of one. That’s big. It could end up scaring you away from buying a franchise you were interested in. Or, from buying ANY franchise. From Being Your Own Boss.

And that would suck.

The Legal Aspect Of This Change

It’s important to know that franchise consultants are putting themselves in possible legal jeopardy.

That’s because in most cases, if you-the franchise buyer ever felt that someone gave you a false* earnings claim, you could sue.

*Here’s an example of a false earnings claim.

Let’s say, on one of your phone calls with headquarters, you asked the franchise sales rep a specific question about earnings.

John, the franchise rep: “That shouldn’t be a problem. Lots of our owners make $200,000 or more after only a couple of years of being in business.”

In most cases, if you purchased the franchise and didn’t earn $200,000 a year after being in business 2-3 years, you may* be able to sue the franchisor for giving you a false earnings claim…a false promise. And in this case, the franchise sales rep, who’s an employee of the franchisor, gave you the false claim.

But because the franchise consultant was on several of the calls you had with headquarters…probably offering feedback, the consultant can probably* be sued, too.

Franchise Consultants Have Not Thought This Through

The reason that some franchise consultants are getting on phone calls that are supposed to only be between franchise sales reps and their franchise candidates is an easy one to figure out.

Part of the reason that consultants are all of a sudden doing this has to do with control…or in their case, lack of it.

These consultants obviously feel that they’ll have a much better shot of closing a franchise deal if they are more active in the process. But, how active do they really need to be? Are they willing to make today’s potential franchise owners uncomfortable and/or pressured to say “Yes” on a particular franchise opportunity in order to get a commission check?

The one in which I state that they’ll be less potential franchise buyers around because of a good economy and low unemployment numbers.

But, is this the right way to go about “closing” more franchise deals?

Tip For Franchise Consultants: Read this post again. Think about what you’re doing. And the possible consequences.

In summary, if you decide to work with a consultant, broker, coach-whatever their titles are, make sure you ask them if they’re going to be participating in the calls you’re going to be having with franchise headquarters.

If you’re comfortable having two commission-based salespeople on the calls, fine.

But if you’d prefer not to be boxed in, tell them.

Tell them you only want to talk to one person at a time.

Be the boss in this situation.

Take control of this part of the process, so you can make a smart, pressure-free decision on the franchise opportunity you’re interested in.

So you can be the boss.

P.S. If you’d like to learn about a pressure-free, smart way to investigate franchise opportunities, contact me.

Learn How To Research Franchises!