You are here: Home / Franchise Legalities And Franchise Lawyers / A Few Things You Need To Know About A Franchise Contract
Chat With @FranchiseKing on Twitter

Reading over a franchise contract for the first time tends to put everything into perspective. In a big way.

That’s because doing so can serve as quite the reality check regarding what you may be about to embark on; franchise business ownership.

In this post, I’m going to tell you about franchise contracts, and why they’re such a big deal.

You Think It’s Easy To Sign A Franchise Contract?

Signing a business contract that puts you on the line for 10 years (on average) can open up sweat glands you never knew existed. I’ll explain.

Expressed simply, it’s one thing to “talk” about becoming the owner of a franchise business; it’s quite another to become one.

On the flipside, signing a franchise agreement creates a huge opportunity for you to build something you can call your own. In essence, it’s the old “risk vs. reward” thing. Either way, it’s not easy to pick up your pen and sign a contract. Why?

Because once you do it, that’s it. You’re legally bound to live up to your end of the agreement.

Of course your franchisor has responsibilities too. The company can’t just leave you high and dry.

From my friend and attorney, Jack Kurant:

“In reviewing the FDD, prospective franchisees should thoroughly examine, understand and verify, to the extent possible, the various fees, expenses, royalties and charges.

What’s In A Franchise Contract?

Once signed, “The Franchise Agreement governs your relationship with the franchisor, and any disagreements or misunderstandings will be subject to the terms in the agreement.”

I grabbed that from my strategic partner, Franchise Direct. Their writers put together an entire article in franchise contracts that you’ll find very valuable.

Read their article on franchise agreements.

Note: franchise agreements and franchise contracts are one in the same.

That said, here’s what a small (miniscule) portion of a (FASTSIGNS) franchise contract looks like, courtesy of the Wisconsin Department of Financial Institutions.

And of course, each section has a good deal of lawyer-written copy that you won’t totally understand (unless you’re a lawyer).

I want you to know as much as possible before you sign your franchising contract.

In this case, I’m again using public information from the FASTSIGNS FDD. It’s about site selection. And it’s crucial to know how the franchise opportunity you decide to go with handles choosing franchise locations. Check this out:

You agree to obtain our written approval of the CENTER’S proposed site before signing any lease, sublease, or other document for the site. We will use reasonable efforts to help analyze your market area, to help determine site feasibility, and to assist in designating the location, although we will not conduct site selection activities for you. We will not unreasonably withhold our approval of a site that meets our criteria for demographic characteristics; traffic patterns; parking; character of neighborhood; competition from, proximity to, and nature of other businesses; other commercial characteristics; visibility and the proposed site’s size, appearance, and other physical characteristics.

At our discretion, we will select a local broker to assist you in locating potential sites that satisfy our criteria. You agree to send us a description of the proposed sites within ninety (90) days after the Effective Date of this Agreement, including a summary of the items listed above or other evidence confirming your favorable prospects for obtaining each of the proposed sites. Upon our approval of a site, and after you secure the site, we will insert its address into Exhibit “A”, and it will be the Premises. You may operate the CENTER only at the Premises.

For the purpose of this post, I think you’ll agree that the site selection criteria above isn’t crazy-hard to understand. But it’s still what I call “attorney-worthy.”

Specifically, it means that you need to have a competent, experienced franchise attorney look it over…look over the entire FDD, so you understand the legalities involved with franchise contracts.

That way, you can pick your pen up and sign your franchise contract with confidence. 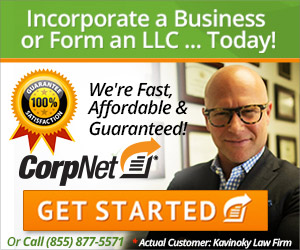