You are here: Home / Franchise News / The IFA Shows Some Class 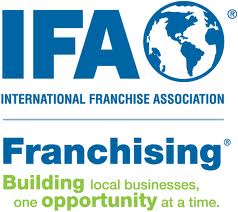 I’ve been known to hammer the International Franchise Association for what I feel are worst practices, occasionally. Whether it’s their pretty darn obvious political leanings, or the sizable fees that they charge for everything, I really give it to them because it’s mostly deserved.

I even wrote a post suggesting that it’s totally unnecessary to be an IFA member.


The 2012 IFA convention is just around the corner, (maybe they’ll invite me to it?) and one of their executive committees decided to do something really special, and really important for our Military Veterans; they’ve been invited to attend the IFA Convention in Orlando free of charge.

I think that it’s a great decision on their part, and it’s nice to see the IFA putting their money where their mouths are with regards to helping our Veterans get into businesses of their own.

As tens of thousands of service men and women return from deployment in Iraq, Afghanistan and Southwest Asia, expanded opportunities are needed to ensure veterans and their families are able to transition into the civilian economy. With its rapid training, defined structure and systems, and need for operational excellence, franchising provides an ideal opportunity to enable returning veterans to become leaders of and productive participants in the U.S. economy,” said IFA President & CEO Steve Caldeira. “Our franchise businesses, including franchisors and franchisees, are answering the call to offer career opportunities to veterans, wounded warriors and their families. Not only is this critical for the economic and social stability of veterans and their families, but it is important to the U.S. economy.

Check out these franchise opportunities