You are here: Home / Franchise Advisor / How To Change The (Franchise) World; Don’t Spend Your Money on Expensive And Time-Consuming Memberships

You’re throwing your money right down the drain.

Especially if you’re a new franchisor. If you’re a new start-up franchisee, forget about it; you’re going to need to focus on making it through your 1st year. That’s where you need to put your money and your time.

Now, the up-front pricing isn’t too bad if you end up deciding to join the IFA. (International Franchise Association)

And the IFA does have cool awards.

But, they charge you for everything, once you become a member.

And, it’s not really an association; it’s a lobbying organization.

It even says as much on the membership application form.

Dues payments to the International Franchise Association are not deductible as charitable contributions for U.S. Federal Income Tax purposes. Dues may be deductible as an ordinary business expense, subject to restrictions pertaining to lobbying activities. IFA estimates that the non-deductible portion of your payment due to lobbying is 15%. $18 if your dues are allocated for each subscription to Franchising World magazine you receive as part of membership and may not be used to reduce annual dues.

Franchisors
; if you’re a new franchisor, the IFA encourages you to sign on for 2 years. It’s $3,000, and they give you discounts/freebies for upcoming events.

If you’re a franchisor who’s been around for awhile, and have less than 300 franchise units, you’ll be writing a check for $2200.00 yearly. Not bad, and they throw in some discounts/freebies, also.

Franchisees; it’s only $100 a year to be what they call a “subscriber member,” which means you get the email newsletter. Now, your franchisor may be able to put you under their membership. Then, it’s free. (You still have to pay for events, certifications, and of course, travel and lodging in either case.)

If I would have been an IFA member during the last couple of years, especially if I happened to be a franchisor-member, I would have been pretty angry in reference to the IFA’s lobbying efforts. They were lousy. (As they related to franchise lending.)

Not only did they pretty much get nothing accomplished with regards to franchise loans, they left out (until recently) something very important in all of their efforts; funding for franchise start-ups!


(Instead, they focused their efforts on getting the banks to loan money to the franchise companies, so they could grow. Kind of hard to do that without new franchises being sold.)

A franchise consultant/marketer/blogger from the powerful and highly influential city of Cleveland, on his own, had to pound the blogosphere with articles, and Tweets, to make sure that folks thinking about buying franchises had their voices heard! (About the total lack of small business loans being available to them from the big banks.)

There were no mentions at all of franchise start-up funding in all the correspondence written to Congress, etc. Hello. Hello!!! McFly! 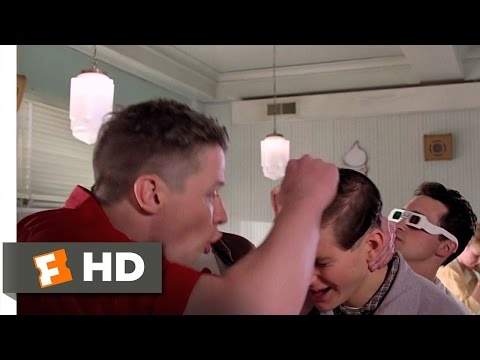 Seriously; how could they forget to mention that? Kind of important, huh?

Now, nobody’s perfect, but two years of lobbying efforts to get the darn banks to free up some money for franchises, and no mention of start-up franchises?

Let’s say that you write a check to become a member of a lobbying organization, or an “association that lobbies.” And the group starts voting on things that don’t even remotely fit your political philosphies. (Go on; chew on that a bit.)

Here’s a specific example; I know lots of IFA members. Some of them are Democrats. (Did I mention that I’m not a member of the IFA, by the way?) For laughs, let’s say that these IFA members voted for Obama. Then the leaders at the IFA decided to push for…. let’s say, a repeal of the Health Care Bill! (That was posted on the IFA website.) Did these Democratic paying members of the IFA go along with it? I mean, isn’t voting for a repeal of President Obama’s biggest and most important legislative bill a vote against Obama?

It doesn’t matter at this point in my post whether or not you feel that the Health Care Reform Bill is good or not.

The point I’m trying to make is this;

When you become a small business owner, it’s really important that you make decisions that are good for your business. Decisions that have to do with how you spend your valuable time is one of them.

Sure, there are opportunities for learning at these conventions; there are workshops and classes. I’m sure that they’re good. There’s also lots of “company business” that goes on…mainly about the IFA, and their agenda.

There are endless parties, and some pretty cliquey events that take place morning, noon, and night at these conventions.

Of course, there are opportunities to get involved in political action committees etc.

My point is that this all takes time. Plus, if you’re new to the IFA, don’t expect to hang with the big boys (and big girls) right away. Because, believe me, that’s where you want to be hanging. That’s where the real action happens. Of course, you can always spend $30,000 or so and sponsor buy your way into the hearts and minds of the bigwigs and convention attendees.

Bottom line; does your own business truly benefit from you being involved in an association…..a lobbying group? Will your small business be able to get to the next level? Will your membership be a game-changer?

Hey, it could happen. I’m serious. You could meet someone that opens the door to an opportunity that you never dreamed of ever having. You could end up getting more business, more new customers, whatever, more somethings, than you ever imagined.

If you’ve been able to do some amazing things in your business because of your membership in the IFA, or in any lobbying group, please let me know in the comment area below. I’d love to hear about it!

You may find this hard to believe, but I like some of things that the IFA does; it certainly keeps the franchise industry front and center, with it’s numerous Press Releases, and the media interviews that the executives receive. They have really, really, good educational programs. They have a fine website. Their communications director, (Matthew Haller) is a good guy.

I just wish that they were a little more transparent about some of the little things….like discussing the possibilty of someone actually failing in a franchise, and losing their money. Look at the comments underneath this post.

I also wish that the IFA wouldn’t allow seedy franchisors to stay on as members. I wish that they didn’t accept big fat checks from franchisors that have been sued for fraud to be major sponsors at their conventions. (It really looks bad.)

If you are (or were) a paying member of the IFA, what do you feel they could be doing to improve the franchise industry? Don’t tell me; tell them.

That’s how to change the (franchise) world.

(Until the next part of this series.)

Subscribe below, so you won’t miss my franchise updates…