You are here: Home / automotive franchises / The Death Of Ziebart Rustproofing?
Follow @FranchiseKing

When was the last time you purchased a new vehicle?

I did-a year and a half ago.

I leased a Mitsubishi Outlander from Sunnyside Mitsubishi in Cleveland. 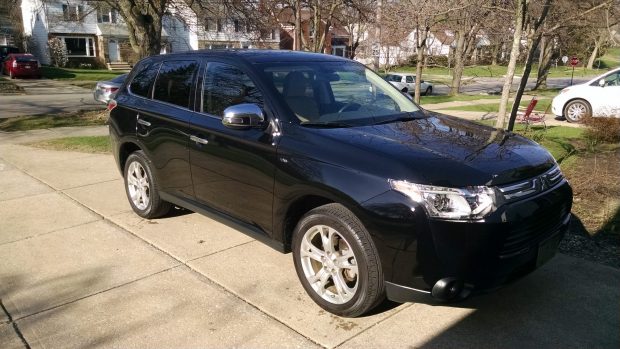 I’ve been a fan of leasing since I was in automobile franchising. I like the concept. A lot of very smart-and very wealthy people say to “Buy what appreciates and lease what depreciates.” Automobiles instantly lose their value (they depreciate) once they’re driven off the showroom floor. That’s why I lease. Plus I can get a nicer Chariot because my monthly payments are a lot less with a lease.

The Death Of Ziebart Rustproofing?

I wasn’t offered a rustproofing package when I sat in the Sunnyside Mitsubishi finance office.  That’s because a 2016 Mitsubishi Outlander isn’t going to rust during the 36 months that I’ll be leasing it. As a matter of fact, if my lease would have been for 60 months instead of the 36 months I normally do, it still wouldn’t have any rust on it at turn-in time.  Would you like to know why?

Automobile manufactures are making better vehicles and are providing longer warranties…including rust-through warranties. There’s really no need to purchase a rustproofing package-unless you plan on keeping your vehicle for 10+ years. Franchises. like Ziebart were left in the dust. Or, were they?

In 1954, Kurt Ziebart, a master mechanic from Germany, developed a scientific process called rustproofing, the first successful method of protecting an automobile from corrosion. Using Ziebart’s chemical method, car owners could protect the metallic body of their vehicles from rust caused by rain, snow, and ice. The first store, bearing the proprietary Ziebart name, was opened on Harper Avenue in Detroit in 1959 to rustproof automobiles. The system proved popular, particularly in the Great Lakes states, where the salt mixture sprayed on the roads during the winters caused rusting, as well as in coastal areas where the salt air encouraged rust.

In the 1960’s,  Ziebart started franchising.  To date, Ziebart has around 400 locations worldwide, and according to Daniel Baker, the president of Ziebart Corporation,  global system-wide sales were $135 million in 2013.

Ziebart is Not Giving Up

It would have been easy to fold.

No rustproofing = no sales.

Not according to an article I just read over at Crain’s Detroit Business:

“Over time, Ziebart has diversified from its rustproofing roots into several other aftermarket services — detailing, glass repair, diamond gloss paint protection, remote starters and other accessories.”

I had no idea-and I’m in franchising.

This lesson is an easy one.

Get ahead of the market. Think about what’s coming down the pike. Follow the trends.

Good job, Ziebart. It looks like your company is doing just fine.

Best of luck-and may your good fortune continue!