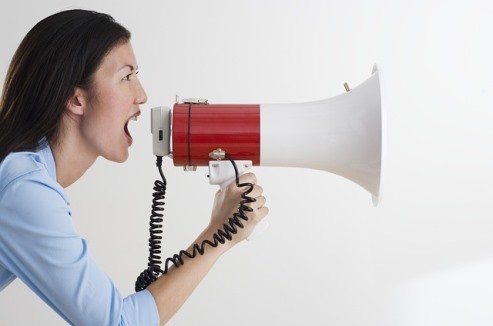 Joanie is my favorite sister-in-law. I’m kind of amazed that it’s taken her 20 years or so to say “Shut up, Joel”

But, I’m cool with it. She’s still my favorite.

Lots of people have told me to shut up over the years.

My ears are not anticipating a downward trend in the number of times people will be saying “Shut up Joel.”

Dozens of people that have come into (and out of) my life over the past 30 50 years or so have tried (mostly unsuccessfully) to get me to shut up. Some examples:

I was a quite the chatterbox in grade school. In Middle School, I quickly advanced to the position of class clown and the chief of teacher impressions. I was pretty disruptive.  Not getting diagnosed with ADD until I was 38 years old probably didn’t help matters much.

My numerous trips to the principal’s office were never enjoyable. My punishments offered a very temporary fix to what my teachers and fellow students perceived as being totally obnoxious behavior.

Part of the problem was me; the other part was self-will run riot. And, my undiagnosed (at the time) ADD.

Some of my bosses were okay with me being a chatterbox. Some weren’t. It depended on where my employment took place.

For example, when I was in the food-service business, my talkative nature was tolerated most of the time. That was especially true when I worked as a dishwasher. The fact that the language spoken at this restaurant was Mandarin may have had something to do with it. I was speaking English, so only half of what I was saying was understood anyway.

When I was in sales, talking was encouraged. I just had to learn when to “Shut up, Joel.”

Amazingly I did learn. That’s probably because the size of my paycheck increased when I “listened” as part of my sales process.

On The Air As A Chatterbox

It’s been said that I possess an excellent set of pipes.

Because of that, I focused on a career in broadcasting and even attended a broadcast school that was located in my area.

I was able to secure an on-air gig immediately after graduating from The Ohio School of Broadcast Technique, and worked at a few radio stations around the country. I got to talk a lot…heck, I was paid to talk!

I was an on-air radio announcer. My 1st Radio Job: Assistant Farm Director at an Iowa radio station. @caroljsroth #FunFactFriday

Never once did I hear “Shut up, Joel” when I was a radio announcer.

And, soon, I’ll be putting my rich pipes to work again. The Franchise King® Podcast will be launched soon. I’m working on the back-end stuff. I’ve been taking suggestions from Michael Stelzner, Chris Brogan, and Cynthia Sanchez. And, Fred Greenhalgh has been working with me on some of the technical aspects of my soon to be accessible Franchise Podcast.

Speaking of Fred, Halloween is coming up. If you can handle it, check out some of his horror stories-in podcast form.

A Switch Was Turned On

The first couple of years were fine.

I’m not exactly sure when the switch inside of me was turned to “on.” But it was.

Some things were starting to happen internally…inside of the franchise organization. Some of things that were going on had to do with the way the internet was starting to impact how prospective franchise owners were learning about franchise opportunities.

The other things going on had to do with power and politics, and I learned a lot about both.

I learned that the franchisees that were making a lot of money didn’t much care about most of the internal issues that were going on within the organization-as long as their commission checks weren’t being affected.

I also learned that the people that weren’t making a lot of money did care about the issues that were affecting the group. The problem was that for the most part, no one spoke up. And, I didn’t either…until a switch inside of me turned on.

The “Shut up, Joel” phrase was about to become popular again.

As a kid, I didn’t have the switch available to me. It may have been there…but I didn’t know how to access it.

When I was bullied, I couldn’t find the damn thing. When I was made fun of, it was nowhere to be found.

I had to wait until I was around 44 years old to find it.

I got sick of being ignored by the executive team of the franchise brokerage I was with.

I got sick of getting dismissed when I started to bring up some of the concerns I was having about how our marketing money was being spend, and a whole range of other issues that I felt (others did too) needed to be fixed.

The problem was that I didn’t have much clout. My territory (Cleveland) wasn’t exactly a booming one. The royalty checks that I was sending in were tiny compared to the ones that the franchisees in places like New Jersey, Atlanta, and Denver were mailing in every month. They were making big money, so they had the power.

Before I mentioned that I wasn’t sure exactly when the switch inside of me was turned on. I was wrong. I just figured it out.

During one of our national meetings, the CEO of the group embarrassed me. I won’t go into the details. Suffice to say I felt really embarrassed.

And, that’s when it happened. That’s when I must have said to myself, “no more.”

My whole outlook changed. I continued to speak my mind in our meetings, but it was done with a level of intensity that I didn’t think I possessed. I stopped acting like I was a little piece of shit because my office wasn’t one of the top-performing ones. I started to figure out the real game that was being played. I started to see things in a whole new way. I started to see right through some of the people I once respected. It was all a big manipulation. It was all about them. But, there was a problem. The people that I just referred to weren’t experiencing any pain.

The Lesson Learned: It’s tough to negotiate with people that aren’t in pain.

The CEO of the franchise I was with was a multi-millionaire. He wasn’t in any pain-at least financially. The same was true of most of the executives…who were actually franchisees themselves. They were making a ton of money, and had pretty substantial market sizes along with big financial net worth’s. They didn’t really care about my pain. That’s why they, for the most part, blew me off when I brought up my concerns. Or, their answers were filled with so much spin…never mind. You get the picture.

The people that say “Shut up, Joel” these days still include family members…even friends. I’m still somewhat of a chatterbox.

There’s also another group of people telling me to shut up now; people that are in the franchise industry. I guess that means that I’m “increasing my following.”

Now, I’m assuming that they’re saying “Shut up, Joel.” I don’t really have any proof.

But, if I were to guess, I’d bet that the president of the International Franchise Association (IFA) has told me to shut up many times over the years. Probably because of things I’ve written.

I’d also wager that many of the franchisees in the franchise brokerage I was with say “Shut up Joel” on a regular basis. Articles like this probably contribute to their reasons for telling me to shut up.

And, because of some of the things I revealed in my franchise book, Become a Franchise Owner!: The Start-Up Guide to Lowering Risk, Making Money, and Owning What you Do

dozens of others in the franchise industry have probably muttered “Shut up, Joel” under their breath on at least one occasion.

I’m pretty comfortable with people telling me to shut up these days.

That’s because the things that I point out are true.

I just don’t want to hear it from the people that I’m trying to protect.