You are here: Home / Change Your Career Path / Being Stuck In A Job You Hate

I was waiting tables until I was almost 30 years old. I hated it. The food-service business is tough. I felt stuck. Actually, I felt worse than stuck.

Waiting tables…at the age of 29, sucked. I felt like a big, fat, loser. And, I didn’t know how to not feel that way. I wish that Barry Moltz was in my life then. That’s because he specializes in getting people and small businesses Unstuck.

I worked in around 30 different restaurants over the course of my career in food service.

My first job (at the age of 15) was as a dishwasher in a busy Cleveland area Chinese restaurant. And while it was a gross job (just ask the people that had to interact with me when I got off work how I smelled) it was a great experience. I worked hard, and got paid. Good stuff. I even had a little fun.

I liked the pace of the food-service business. It was fast and hectic. It was a great fit for me.

A Natural Progression in The Food-Service Business

I knew that washing dishes in a restaurant was only temporary. It served me well in high school. But, I wanted to move out of the kitchen. So I did. I used my powers of persuasion to convince the owner of the restaurant to let me become a busboy.

So, now I was cleaning tables, and that was a definite step up from washing dishes. Plus, I received tips… cash. Every night I worked!

I liked working in the dining room, or as it’s called in the food-service business, “the front of the house.”

Eventually, I become a waiter-what’s now called a “server.” I worked in a couple of different Chinese restaurants, and I made pretty good money. I wasn’t your normal waiter; I actually did some selling. I suggested dishes, and soon, customers were asking for me by name when they came to dine where I worked. 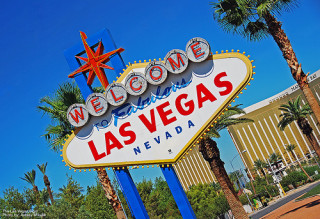 Whaddaya do when you’re stuck in a job you hate? http://t.co/6drcWc4nto great post via @FranchiseKing

The top rung (for me) of the food-service ladder was when I became a maître’ D. I was in charge of a Las Vegas showroom. It was a cool job. I got to wear a tuxedo. I got to meet some cool showbiz people. I got large tips. Except for that one night.

Frank Sinatra (and his 20-person entourage) was hustled in through the back door of the casino where I worked as a maître’ D. He was there to see his son, Frank Sinatra Jr. perform.


On my night off. 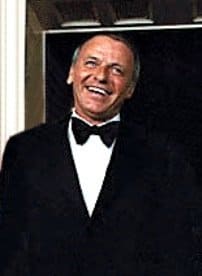 Now, even though I didn’t get to meet Sinatra, I did meet some other celebrities, and I did get some good tips. It was a cool job.

I moved back to Cleveland in the late 80’s, and dove right into the food-service business. I worked as a waiter and as a manager in several top restaurants. Unfortunately, some of them closed, so I had to move around from job to job a lot.

Disclosure: Sometimes, I moved from job to job because I got aggravated with things and left.

Being a 29-Year Old Waiter

The last year or so of my career in the food-service business was the worst. I didn’t feel that I knew how to do anything else. I thought that I’d probably end up being a waiter until I was like 55 years old. I didn’t see any way out. I felt like a loser.

People that I graduated high school with had real jobs by then. They were accountants, lawyers, or in some type of management position at a company.  But, not me. Noooo. I was a freaking waiter! A 29-year-old waiter without a plan. Until…

It’s a good thing that nothing stays the same.

Somehow, I managed to transition out of the restaurant business. I got unstuck. But, I didn’t do it alone…and that’s okay. A few people that were in my life then and that are in my life today (except for my dad) convinced me to use my gift of gab…and become a salesman.

So, I entered the automobile business. I started selling cars. And, I was really successful.

I had great coaches. The sales manager at the automobile franchise I was employed at trained me well. He took me under his wing. He saw things in me that I didn’t. He knew how successful I could be, and he made sure that I was.

Eventually, I transitioned over to management and learned how an automobile franchise works. I get to use what I learned in my franchise advisory business today.

Waiters Are Not Losers

Just because I felt like a loser doesn’t mean that I was. I made money. I just wasn’t where I thought I’d be at almost 30-years old. Has that ever happened to you?

It’s okay to be a waiter or a waitress. The money can be pretty good.  It’s great to have cash in hand every day. But, I wanted more… and the “more” wasn’t happening fast enough. I was stuck.

These days, when I go to a restaurant…which is an awful lot because of my schedule, I engage my waiters or waitresses in conversation. I ask them about their plans. I make their experience with me positive. I joke around, and I leave big tips. I know how tough the food-service business can be.

Nothing Stays The Same

If you’re stuck, you won’t always be. Something will change, whether or not you force it to, or it happens naturally.

Heck, when I was a kid, I wanted to be a doctor.

Somehow, I ended up here.

If you’re working in a job that you hate, or are in a career that just doesn’t work for you anymore, you know what you have to do.

I don’t know if you’ll be the one that changes things or if it will be someone…or something else (like the universe) that does it for you.

But, I do know that nothing stays the same.

A year from now, your life will be different, somehow.

And, you’ll be fine.

I know that from experience.