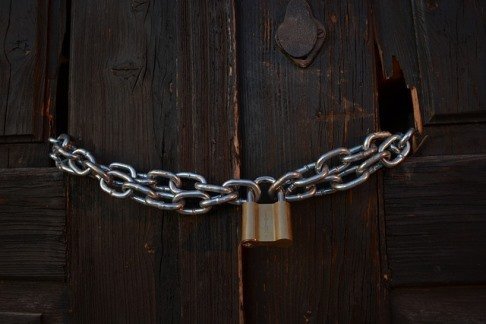 That’s right; the government #shutdown means no franchise expansion. It puts business growth on hold for franchisors and franchisees who are dependent on Small Business Administration (SBA) Loans. (Disclosure; I write a monthly article on franchising for the SBA. This post has nothing to do with that fact. This is all me.)

That’s because, according to this detailed article over at Bloomberg Businessweek, the following SBA services and products will be put on hold during the government shutdown:

How about them apples?

So, basically, if you’re a franchisor…and you’ve been trying to upgrade your infrastructure, or because of space needs, were planning on moving to a brand new building, your plans have now been put on hold if you were getting funded by an SBA-approved loan. Again, this government shutdown means no franchise expansion.

If you’re a franchisee who’s adding a new franchise location, and again, it was being funded by an SBA-approved loan, you’re not going to be able to open the doors to your additional location. You’ll have to wait until the government shutdown is over. And, if it lasts more than a few days, they’ll be a huge backlog of loans that need to get processed…so you’ll need to be patient-even if your landlord is not in the mood to wait for you to open your doors.

Go here to see who this lobbying group (The IFA) donates their money too.

Okay…maybe Caldiera doesn’t really force IFA members to write checks to Republicans, but I’ll bet that there’s a lot of pressure put on them to do so. But, maybe that pressure isn’t only coming from the IFA president. Maybe it’s coming from the (Republican) keynote speakers that get paid a lot of money (I assume) to speak at IFA events. Like:

I don’t think they were chosen because of their Democratic-leaning principles.

I’m sure that Caldiera’s people have already contacted Ted Cruz’s people to keynote for an upcoming IFA event. Cruz must be one of his new hero’s.

A question: if you’re a franchisor, a franchisee, or a supplier to the franchise industry, and you vote for Democratic candidates, why do you pay membership dues to an association…a lobbying group, that donates well over 80% of their money, and expends more than 80% of their energy on Republican candidates and initiatives? How do you sleep at night?

And, if you’re a franchisor or a franchisee that needs the government to not shut down (too late for that) because you’re trying to expand your franchise business, why aren’t you putting pressure on the people whose salary you pay (IFA executives) to do the things-and support the things that the majority of the country want to have done?

Think about the next paragraph carefully.

Would you pay to be member of the National Rifle Association (NRA) if you’re against people possessing AR-15’s? What if you feel that background checks are absolutely necessary for anyone who wants to purchase a gun? Would you join the NRA?

Are You Sure You Know My Politics?

To a casual observer, I’m probably looked upon as a flaming liberal.

People that know me…that have been following me, know different.

I support people that are trying to do the next right thing.

I support people-candidates, that listen to what the majority say they want.

I don’t automatically support a particular party…although I’ve voted Democrat all my life.

I’ve been voting for Democratic candidates not because they’re Democrats…but because I feel that they care about everybody. They seem to care about fair play..a lot more than Republicans do.

I could see myself voting for someone like Chris Christie if he ran for President…and if he was the best person for the job.

He’s authentic. He doesn’t sugar-coat stuff. If he feels it he speaks it.

I once heard him say that even though he didn’t agree with a law that was placed on his desk to sign (because it clashed with his basic principles) he still signed it into law because it’s what the majority of New Jersey residents wanted.  He’s a reasonable guy, and he cares.

That’s the kind of leader I would vote into office; the political party he’s in doesn’t matter.

But, the Republicans-the Tea Party crowd, aren’t reasonable. They hate Obama, and they always will. They never gave him a chance, and they never will.

And, we all know why.

These folks are very selfish; they put their needs before the country’s needs. They appeal to a very narrow group of people who are in the minority when it comes to the way they feel our country should be run.