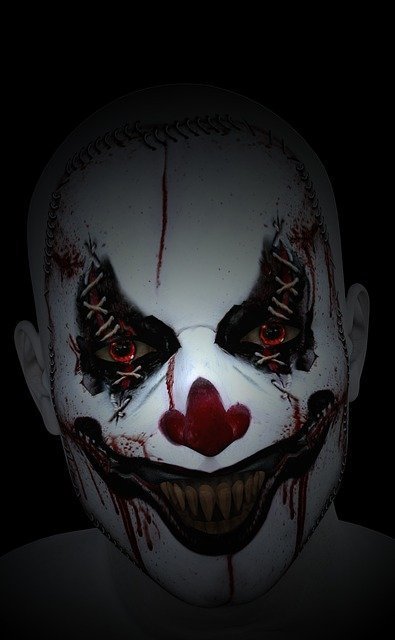 I’ll tell you what’s scary. The number of talented people who are without jobs in this country. Millions. Lots of them have been out of work for several months. I know people who haven’t worked for over a year. (I bet you do too.) Can you imagine the pressure they must be feeling?

I have a vivid recollection of coming home from school one day and seeing my Dad’s car in the driveway. (Considering the fact that he was usually out of town travelling for business, it was quite an unusual sight.) I remember walking into the house that day…a house filled with some serious tension. My Dad told me that he had lost his job. It frightened me. What were we going to do? How would we eat? Would we be able to buy clothes? What was going to happen to us? (I had a younger brother and sister, too.) It’s a scary feeling to not know what’s going to happen. Imaginations tend to run wild.

Have you ever had a similar experience?

Having a parent out of work when you’re a kid is scary. (It’s scary for adults, too) I know first-hand, because I’ve been unemployed before…and every time it happened, it sucked. If you’d like, you can read about the last time I lost my job-because it was scary. But, that won’t happen ever again. Because…

I made a commitment to myself when I lost my last job was way back in 2001. That commitment went something like this;

I vowed that I would never allow myself to feel that sense of powerlessness again.

The kind of powerlessness that I’m referring to comes from being employed by someone else…and then not being employed. That’s because when someone (besides you) is signing your paycheck, your control of your professional life…your career,  goes right out the window.

When you work for yourself, you have the control. (Mostly)

2017 is just around the corner. Could 2017 (or the end of 2016…there is still time to become your own boss) be the year that you decide to do something about your own lack of control?

Important: If you do it right, becoming the owner of a franchise business…any business, isn’t going to be that scary.

I can show you how. If you’ll let me.

You can read my hardcover book or my eBooks

You can take The Ultimate Franchise Course

I’d like to make the process of buying a franchise less scary for you.