I hope you’re not disappointed, but this isn’t a post about In-N-Out Burger, the private chain of fast food restaurants…or their menus. Heck, they don’t even offer franchise opportunities.

Instead, this is about the menu of franchises that are “in and out.”

Specifically, franchise opportunities that are in and out in popularity and/or in terms of their success.

Note: a portion of this blog post comes from an article I wrote for the U.S. Small Business Administration’s website (that I have permission to use).

With that, let me show you what I mean. 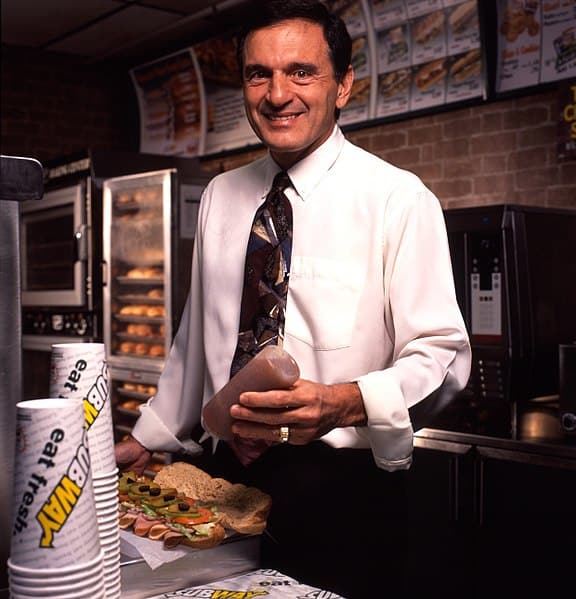 Do you remember when everybody practically everywhere was talking about Subway® restaurants? I sure do. But it happened well before I got into franchising.

Fred Deluca was the brainchild behind Subway. And he ended up creating quite an empire; a 37,000+ unit franchise chain. Heck, in it’s prime, people from all walks of life wanted in. Why?

Because they saw it as a way to become their own boss with a growing brand and a pretty low upfront investment. Plus they had great marketing.

Translation: lots of prime locations were gobbled up, and hundreds of people quickly became multi-unit owners. Franchisee growth was off-the-charts.

And because of that growth, and a lot of profitable franchisees, Subway remained a very popular menu item…an extremely visible franchise brand, for a long time. But what about now?

Bluntly, things have changed at Subway. The fast food chain is not what it once was, although it’s still easy to find a Subway franchise location practically anywhere. So what changed?

Find out by watching this well-produced Business Insider video:

Nothing Stays the Same: More Franchises That Are On The In And Out Menu

And speaking of new brands, are you familiar with Raising Cane’s?

In a nutshell, new brands are always entering the marketplace. New ideas for products and services are introduced every year. And some of these new franchise concepts end up succeeding-exploding even (like Subway did back in the day).

That said, some of those new franchises fade away soon after they’re launched.

They were hot* for several years. Hundreds of franchises opened.

Then the FTC started looking into some of the claims made in advertisements (including the “Physician” part of the diet program), and things changed. Like the advertising. And the way in which the weight-loss program was sold to customers.

From what I can see, PWLC is down to around 25 stores.

*How do I know about PWLC?

My late father, Jerry Libava, was in charge of Franchise Development/Location Development. He opened over 300 PWLC’s around the country.

But soon after the FTC came down on the company, and it’s Lamborghini-driving CEO, he lost his job. Poof! Dad was unemployed. I remember it well. And it had a big impact on him.

Next Menu Item: Curves Is In And Out

Now it’s “out,” because as of May 31, 2019, Curves listed 367 franchise locations open in the United States on their Facebook page (Wikipedia). What happened?

According to my friend, Sean Kelly, who owns and operates the Unhappy Franchisee website…

“Franchisees complain that the company failed to innovate, failed to adapt to the changing economy, and failed to keep women interested in the dated, limited workout. Many charge that, during its growth frenzy, Curves oversold and overexpanded, selling clubs in hopelessly small, unsustainable markets and allowing franchisees to cannibalize each other’s sales.” But that’s not all. Read

Several Other Franchises Are In And Out

Of course there are other franchises that were once in and are now out, but you get the gist.

On that note, can you think of any other franchises that used to be “in” and are now “out?”

In the case of franchising, what goes up eventually comes down.

In other words, the menu of franchises that are in and out gets updated.

Please Share This Article!
1.2K+Shares
Note: When you buy through links on our site, we may earn an affiliate commission.