Someone’s going to do it. E-Cigarette franchises may soon be in your neighborhood.

Soon, an entrepreneur will open an E-Cigarette store and turn it into a franchise business.

Then someone else will. And so on.

Update: These franchises are here. Now.

The FDA is getting ready to rule on e-cigarettes, and their ruling may signal the end of the Vaping industry as we know it. Especially since most of the folks who are using these products don’t seem to be using them to help them quit tobacco.

From the NPR website:
“If any e-cigarette could actually help a smoker quit, they would apply to be a drug through other pathways that the FDA [has], and they would demonstrate that they are safe and effective in helping smokers quit,” said Erika Sward of the American Lung Association, which has advocated for the denial of all applications to the FDA for any flavored tobacco product. “Instead, what we’ve seen is another generation of kids addicted and a whole situation where we have millions of smokers — who might otherwise try to end their addiction — try to use this product,” she said.

You can read the entire article here, and I’ll post an update on the FDA decision as soon as it’s released to the Press.

Last week, I attended a meeting with around 75 other people, and I noticed someone smoking a few rows up. I found it strange, since there’s no smoking practically everywhere these days.

I took out my handy pocket binoculars, and zoomed in on the offender and his left hand to make sure that I wasn’t experiencing some kind of weird flashback….you know, just to make sure that I actually was seeing someone smoking a cigarette indoors. What I found…

Someone was smoking..vaping I guess, an E-Cigarette, and I was not happy. 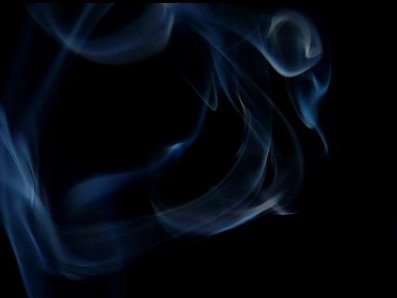 I was definitely seeing smoke exiting his oral cavity. And, I had visions of E-Cigarette stores-franchises, popping up around town.

The smoking-vaping as it’s commonly called, wasn’t constant. He was smoking his electronic cigarette every few minutes. One puff at a time. It was bothersome. I’ll admit it: I copped an attitude. A major attitude. I was really resentful. Who the heck did this 20-something think he was? I was in a non-smoking building, attending a public meeting, and here’s this dude, smoking his E-Cigarette, sending his “vapor” into the atmosphere. My atmosphere.

Vaping Franchises And Your Health

I don’t believe for one minute that E-Cigarettes are safe. I won’t even bother listening to the manufacturers. Will you?

E-Cigarettes (probably) aren’t safe for the users and they’re probably not safe for those in the general area of the vapor.

The video below looks at what may be the dark side of E-Cigarettes.

An E-Cigarette company by the name of Clearette, out of New York, almost chose franchising as their primary distribution method, but decided against it. Instead, they’ve decided to go with independent distributors.

From a company press release:

“We took a look at going franchise,” says Leonardo Lombardo, CEO of Clearette, “and we immediately realized we did not need to do that to create distribution and make money. Why charge some guy a big number? I mean, for what? Training? A binder or something? We know our products are great, our margins are great, we don’t need to take some guy’s nest egg, or make him go get a big SBA loan, for everyone to be successful.”

Just because Clearette decided against using the franchise model for distribution of their product doesn’t mean that another manufacturer won’t go the franchise route. Mark my words, there will be at least one E-Cigarettes franchise launched within the next year. One reason:

E-Cigarettes sales are expected to reach almost $2 Billion in 2014.

But, do they want to be involved in future lawsuits from former E-Cigarette users? You know…the ones that will be exhibiting all sorts of health problems a couple of years from now.

Call me paranoid, but inhaling vapors that include the same ingredient used in anti-freeze can’t be good.

I know that I don’t want to be anywhere near it, and I’m not alone.