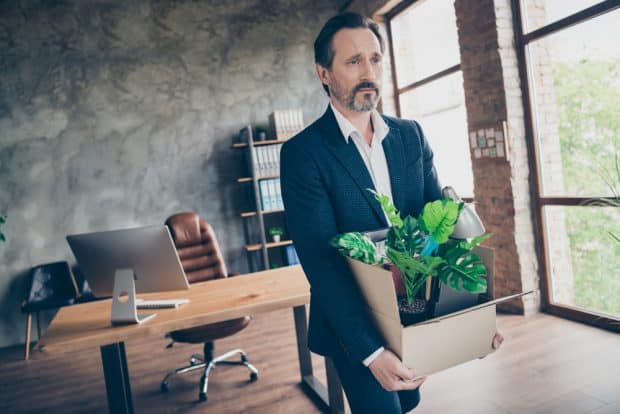 Downsized. What an ugly word. A common one too.

Not as ugly as “fired,” but still, it’s just not a pleasant word. Especially if you’re the one using it.

“Not so good, actually. I’ve been downsized.”

“That’s too bad. What happened?”

“My position was eliminated. They closed my division.”

“Find another job, I guess.”

If you’re “Linda,” and you’ve lost your job, I would imagine that you’re engaged in conversations like that at least once or twice a week. Is it getting old? Are you sick of telling your friends and family members you’ve been downsized?

Losing a job-getting downsized, sucks. So does having to explain why you lost your job. I guarantee it’s probably not one of the the most joyful exercises you’ve been through. And if you’re a 50 year old baby boomer, it’s probably even worse.

Although it’s against the law to turn down a job application because of the applicant’s age, it happens hundreds of times every day. How do I know this? I’ve worked with thousands of 50+ downsized workers who’ve told me as much.

Worse yet, they always followed up their accusations with the, “I know I would never be able to prove it,” type of statement, but for the most part, I believed them.

Think about it; you’re the hiring manager for a $500 million corporation, and you’ve been told to hire a great manager who’s looking for a long-term gig. But you have a little problem, and it has nothing to do with a lack of highly-qualified executives that are sending in their resumes.

It’s when they come in for the in-person interviews, that your problem starts to happen.

That’s because 8 out of 10 job candidates that appear at your door are…older. They’re not what your boss wants.

You know the drill. You need to act interested, but not too interested. You tell them that you’ll follow-up with them, if a second interview is warranted. Blah blah blah. And, unless you’re a cold-hearted soul, you kind of feel bad for Linda, because you know that she’ll never get called (by you) for a second interview. And you know why. It’s really too bad, because Linda would add a ton of value and experience to the company. Oh well.

So what should Linda, a 50-year old downsized executive, do?

In an article that I wrote for The Huffington Post, I stated that, “It’s becoming painfully clear that good high-level jobs can’t be created out of thin air, so lots of very frustrated downsized executives are looking at alternatives to traditional employment.”

With that in mind, one of the alternatives, (and a pretty popular one as of late) is franchise business ownership.

Of course, lots of things need to line up right for you to become a franchise owner.

But maybe…just maybe, it’s worth some of your time to at least explore the idea. After all, no one, (including me) is saying that you should do it.  But, you may want to at least “look.”

Read Franchise Ownership: Should Unemployed Boomers Start Looking Into It? – my article over at The Huffington Post.

Then decide. Because getting downsized is really, really, ugly.

And finding a new, high-paying job can be a great, big hassle.