You are here: Home / #fail / Was Trump University A Scam?
Follow @FranchiseKing 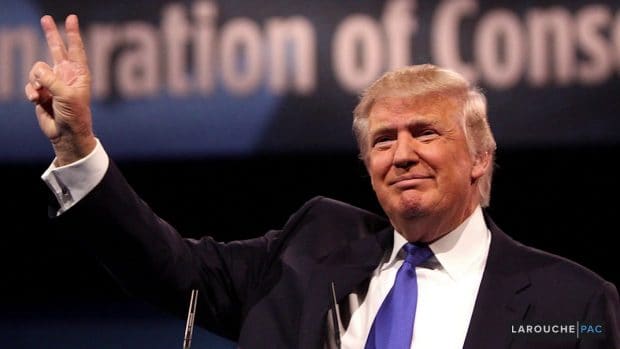 It’s important for me to keep the content I publish on my business website as close to a “G” rating as possible. Having said that, I’m starting to wonder: Was Trump University a fr%#king scam? Is Donald Trump a fraud?

That’s for you to decide. (Okay. A judge will, but still…)

“Trump Entrepreneur Initiative (formerly known as Trump University) is an online learning center headed by business and media mogul Donald Trump. Over the years Trump has made a name for himself in high-end real estate and property development, but is perhaps recently more famous for his television shows, The Apprentice and Celebrity Apprentice.”

And, the older he gets, the weirder he gets. He says some really bizarre things. He’s also a bit paranoid. Add some anger to the mix (I have no idea why he’s always so cranky) and you have…heck, I don’t know what you have. Or, what we have. Except this:

FYI: There is one thing that I agree with Trump on. He’s 100% right about the way that the U.S. should deal with China regarding our gargantuan trade imbalance. He once said that if he was the one negotiating with Chinese officials, he would do so from a position of strength…not from a position of weakness, which is how we tend to do things in our current dealings with China. Trump is right when he says that “China needs us.” Do you agree?

Was Trump University A Scam?

If I was interested in learning about real estate investing, Trump would be one of the guys I’d want to learn from. Evidently, a lot of others people felt the same way- that’s why Trump started his “University.”

Now, tell me if I’m wrong here, but if you were to attend Trump University, I think that it would be reasonable for you to expect Donald Trump to be involved with said U. Right?

And, would I be going out on a limb by suggesting that you would expect to see and hear Donald Trump speak (or teach) at the University that has his name (probably emblazoned in 24k gold) right on the door?

Now, I’m no Donald Trump, but if you’ve been a subscriber to this blog and/or my newsletter– knowing what you know of me, if one day I started “Franchise King University,” wouldn’t you be surprised if I-The Franchise King®, wasn’t actually there in my full Royal attire-teaching classes on franchising, personally?

And, could you see me not handing out signed copies of my franchise books to my students? 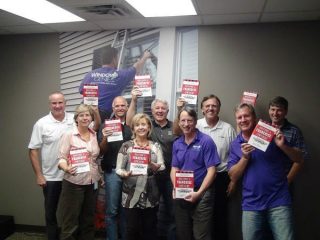 I’d have to. I’d feel guilty if I wasn’t front and center in a place that had my Crown name on the building. Heck, I feel guilty if I call someone later than our appointed time for a franchise advisory session.

The Donald Wasn’t There

My understanding is that Trump was rather hard to find at Trump University.

As a matter of fact…

According to The Daily Beast,

“Classes often began with the promise of a ‘special’ or ‘surprise’ guest who never materialized. As consolation, students were encouraged to take photos with a life-size photograph of Trump.”

And, let me state this for the record right now; when I’m as wealthy as Trump, no posters of me (most likely) are going to be produced. So, get that out of your mind. Please. My family wouldn’t permit it. They’d be embarrassed seeing a life-size poster of me.

Lots of them…graduates? I guess, have shared their experiences in online forums and on review sites like Reviewopedia.

“I just attended a session with an instructor named James Haris and it was amazing. The time to attend was well worth it. He is full of information and energy. I have been to the rich dad and stock trading events and they don’t even come close. I know these events are designed to sell additional trainings but they didn’t have to sell me. The content and energy in the room was all it took. I am looking forward to my 3 day training with James and to my new career in real estate.”

“I attended one of the NY 3 day retreats on Real Estate. I paid almost 1500 for that. They were slick. They set up the whole weekend so that at the end you would buy the 38,000 mentorship program. The first day they tell you to call your credit card co. and ask them to extend your line of credit. They said to tell them you will be making a big purchase soon (we thought they meant real estate little did we know it was their mentorship that was the BIG purchase). They stress that you are part of the family. They said not to leave the family after this. Stay in the family.”

This student’s review is a classic:

“Look people, anyone giving this program a 5-star rating is a shill for Trump U. Donald Trump is a fame wh*re, and he would never give away his secrets! Shame on him for pimping out his name to these hustlers who are just trying to steal people’s money. They got all their info from the late night TV real estate programs that are on at 3 am.”

On a positive note…

“Trump University and Trump Tactics are geared toward people who aren’t afraid to take chances and walk away with ridiculous profits. Everything Trump gives you is based on solid strategy and real-life results. There simply is no better way to learn real estate investing than from the master himself. Rather than ‘get fired’ – you can ‘get fired up’ about this course from the moment you start it.”

That last one- the super-positive one, is from an affiliate website. The reviewer got paid a commission if someone clicked the link located on his website to attend Trump University. So, my guess is that the review above was a little biased.

There are plenty of other positive reviews, including several on Reviewopedia, but most of them look like they were written by Trump U employees. You decide. People that have a lot of money to burn-like Trump can buy positive reviews. (Not that Trump did in this case, but it can be done.)

I remember a specific case in the franchise industry where the CEO of a business coaching franchise (after being pummeled with bad reviews from ex-franchisees) took the matter into his own hands. He reportedly did this in an attempt to shut-down all of the negative online reviews.

So, exactly what is the New York state Attorney General suing Trump University for?

“The lawsuit against Donald Trump, The Trump Entrepreneur Institute and Michael Sexton, the school’s former president, alleges the defendants advertised the school with false claims, including the claim that consumers would learn from Donald Trump’s handpicked instructors. Donald Trump allegedly did not handpick even one instructor for the seminars and had little to no role in developing the school’s curriculum. The school also used the name Trump University without the necessary charter under state law to call itself a university.”

In a nutshell, 5,000 people paid Trump University $40 million to learn real estate investing techniques used by The Donald himself, but didn’t (allegedly) get what they paid for.
Here is the latest update concerning the Trump University scam from Inside Edition.

Are you wondering why I wrote about the big Trump University lawsuit on my franchise blog?

I wrote this because there are some lessons that you can learn if you’re thinking of going into business for yourself…any type of business.

The bottom line: Engage in as many risk-lowering techniques as you can.

Do you know anyone that attended Trump University?