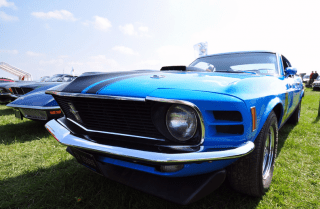 My good friend Barry, once told me this;

“You can plan plans, but you can’t plan results.”

13 years ago, when I was recruited to help a struggling Ford franchise sell more vehicles-close more deals, I planned on doing just that. I was going to go in there, roll up my sleeves, and help the sales staff become an army of  “closers.”

And, things did start getting a little better there; the salespeople were starting to sell more cars and trucks, and the atmosphere was starting to feel a bit more upbeat than it was when I first stepped inside.

The franchise was for sale. And, I was pissed.

I was not a guy that people wanted to be around when word on the street confirmed the rumors that I had been hearing.  A mere three months after I was brought on board to help “turn things around,” the Ford franchise that I was starting to turn around was going to be sold to someone else. With other ideas. And, his own people-most likely. I had such big plans, too.

Attention Future Franchise Owners: Are You Going To Write A Business Plan?

I’m sure that you’ve had things turn out not as you had planned, too. It’s just what happens sometimes. But, you still have to have a plan when you’re about to start something new. And, while it’s true that you can’t plan the results, winging it-especially when it comes to a business start-up, would be foolish.

It’s a good thing that there are templates to help you-the future franchise owner-write a business plan…and better yet, they actually work quite well.

If you’re thinking of starting a franchise-type of business, you’ll want to have a franchise business plan. That’s because even though franchises are well-known and documented business models, and bankers are very familiar with them, a well-crafted business plan can do wonders. Especially if you’re hoping to get a small business loan approved.

Read more about the importance of having a (business) plan, and find out what the top business plan expert in the world says about them, in this SBA.Gov article on business planning.