You are here: Home / 2013 franchise trends / A Cockamamie Franchise Idea That Will Keep Franchise Lawyers Fat And Happy For Years 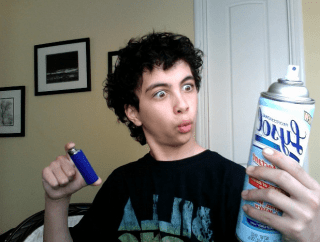 But, I can’t now. Not after reading something that just stopped me in my tracks.

Please don’t tell Anita that I had to hit the pause button today on the franchise trends article. Okay?

I’ve been in franchising long enough to hear my share of nutty ideas.

I won’t bore you with them now, because I can’t type these words in fast enough concerning a cockamamie franchise idea I just read about that has to do with funding start-up franchises. Check this out…

A Thousand Bucks To Become an Owner Of Forever Yogurt

Nice headline. It got my attention.

It also got my super-skeptical-this-must-be-some-type-of-scam radar fired up, too.

So, I scanned the article-looking for the small print…

The Premise For This Cockamamie Franchise Idea

Each investor will have to get a copy of the Franchise Disclosure Document. (FDD)

That means if 250 people each pony up $1,000, all of them will have to (or should) hire a franchise lawyer to look their FDD’s over.

Hold On There Franchise King 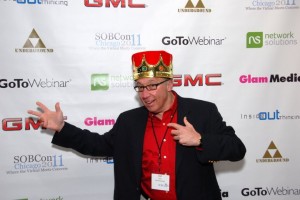 Before you start the “C’mon Joel, why would a person who’s only investing $1,000 in a franchise need to pay a franchise lawyer $500 to look the FDD over for them and give them recommendations?” stuff…

I have an answer for you:

I know…I know. Losing $1,000 on a business investment is really no big deal.

Unless the franchise business gets sued.

Before you say “Franchisees can only lose what they have put in,” are you sure about that?

I’m not a lawyer. So, I’m not sure if that statement is true or not.

There are (by law) 23 items that have to be included in the FDD. They are:

Call me crazy, but is sure looks to me that there’s a lot of crucial information in an FDD that every franchisee-no matter how much they’re investing, needs to fully understand. Plus, unless I’m just being paranoid (which has happened before) there sure seems to be an awful lot of potential liability here. In the future, too.

Some people may end up investing in this frozen yogurt franchise-and potentially other franchise concepts (because this guy has a crowdfunding company) just to be able to tell others, “I own a franchise.”

As cool as it may sound to some people, I wonder if any real value can be realized from owning a teeny-tiny piece of a franchise business unit.

By value I mean income.

A Fan of Franchise Crowdfunding

I’m not a fan of franchise crowdfunding. The math just doesn’t work-especially for single-unit opportunities. That’s because there’s just not enough money to go around-especially during the first couple of years.

Let’s say that a frozen yogurt franchise does a bang-up job in its first year and does $350,000 in sales.

There are lots of expenses in food franchising; rent, inventory, supplies, payroll, taxes, professional fees, and several other assorted things the franchisee-or in the case, the franchisees will need to shell out.

How much is going to be left?

How much can each franchisee make?

Remember, these micro-franchisees only own a small piece of the franchise.

For a moment, let’s forget this cockamamie franchise crowdfunding idea.

Let’s pretend that this is a one-owner frozen yogurt franchise. If the owner had to take out a small business loan, and pay all the expenses I listed above, how much do you think there would be left after the first year in business?

Not much. If, anything.

Now, if they wisely sat down with a franchise lawyer who charged $500 to look over the FDD-and make some recommendations, the micro-franchisee still hasn’t made a dime.

Confession: I Only Made It To Pre-Algebra

I’m not a math whiz. Never was.

My junior high school math department refused to allow me to take any other math classes after I flunked out of pre-algebra.

So, my math skills are of the simple variety. So, maybe I missed something in my computations.*

*Please tell me if I did, and show me where I’m wrong. 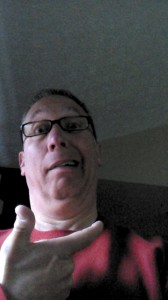 I’m such an idiot. I really came late to this cockamamie party.

This franchise crowdfunding idea is nothing more than a publicity stunt designed to get the Forever Yogurt name out.

What was I thinking?

No one will actually be able to make any money doing this.

Except for the owner of Forever Yogurt.

Who just succeeded in his goal.

Of getting free publicity for his franchise.

What do you think about this idea?

Does it make sense to you?

Is my math correct?