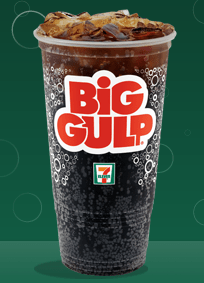 There well over 8,000 7-Eleven locations in the U.S. and Canada: More than 6,000 are owned and operated by franchisees.

7-Eleven retail franchises are very familiar across most of the U.S. The executive team at 7-Eleven headquarters wants it to be a 100% franchised here.

Based on that, 90 7-eleven franchises for sale in New York…actual units being offered for sale, isn’t a number that’s out of line.

7‑Eleven has has won a lot of awards and consistently ranks high in franchising publications-both online and offline.

I mentioned 7-Eleven, myself, in an Entrepreneur magazine  feature story about my business and my book.

Was I a little blunt there? You bet; the truth is the truth.

If you look up sugar-coating over at Dictionary.com, you won’t find a picture of me.

By the way, that feature story can be found on Entrepreneur.com.

Back to some 7-Eleven accolades. Check these out:

Pretty impressive, for sure.

Why are there so many 7-Eleven stores available now?

From The Buffalo News:

“After it bought the 188-store Wilson Farms chain, 7-Eleven shed some 30 stores through auction, closed others and prepared the rest for franchising.”

Read the rest of the story here, and find out how much the franchises are going for.

Is there a 7-Eleven franchise in your future?