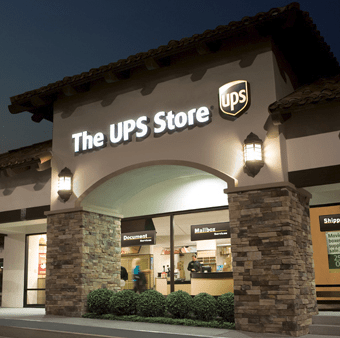 I’ve never met anyone who hasn’t heard of The UPS Store®. It’s quite difficult to ignore a brand that has over 4400 units operating in the U.S. It’s quite the franchise.

It doesn’t hurt that the UPS® brand itself, the parent company of the franchise, has been around since 1907.

Fact: UPS is the world’s largest package delivery company. Using the most advanced technology, combined with access to global resources, plus an integrated network of physical, technological, and human assets, UPS provides an infrastructure that most franchisors wish they had.

Are you interested in learning more about this global brand? 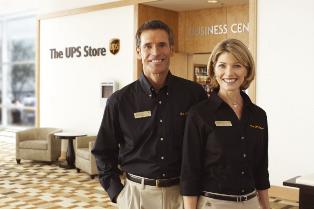 There’s certainly no shortage of franchise revenue opportunities being offered these days.

But, how many franchise business opportunities have the brand power of The UPS Store?

If branding is one of the things that’s attracting you to the idea of owning a franchise type of business, could opening a UPS Store of your own be the way to go?

Who Looks At Opening A UPS Store?

While The UPS Store franchise attracts a diverse mix of franchisees, below, you’ll find examples of three types of people that are attracted to owning their own UPS Store.

U.S. Military Veterans own and operate more than 250 UPS Store locations in the U.S. A good number of them have taken advantage of VetFran, an initiative designed to help our Veterans get into businesses of their own. The UPS Store franchise is a proud supporter, and offers franchise fee discounts for qualified Veterans.

“Women have strengths that align with what The UPS Store is looking for in a franchisee.”

If you’re a woman, consider franchise ownership as a career option.

Retirement isn’t what it once was.

The Great Recession of 2008 impacted a lot of people that were ready to retire.

The best-laid plans had to be put on the back burner as more and more “retirees” couldn’t leave the workforce when they planned to.

But, after years and years of “working for the man,” some of them decided that they just didn’t want to work for someone else anymore. They started to look for ways to work for themselves.

One of the things they started looking at was franchise business ownership.

The UPS Store franchise development team is very interested in the 50+ crowd, and here are two reasons why:

People in the 50+ age range have experienced lots of ups and downs in their corporate lives. They’ve had to juggle a lot of different things, and they tend to bring their business experiences…their wisdom, to the table as franchisees.

According to their franchise website, the cost to open a UPS Store franchise is approximately $150,000. And if you’re a Military veteran, it’s even less.

Potential franchise business owners in their 50’s tend to be better off financially than some of the other people considering franchising. they’ve saved money over the years, and have the ability to use some of the more creative financing options that are out there these days. That fact alone is very attractive to today’s franchisors.

The three examples I gave above are only a small sampling of the types of people who own and operate UPS Store franchises.

If you’re interested in owning a UPS Store, contact The UPS Store franchise sales team today to see if you’re a fit for one of the most powerful franchise brands in the world.

“Joel Libava is an individual who goes beyond his profession and industry, he is a man of integrity, dedication and exceptional knowledge. When it comes to franchising and making a ‘franchising decision,’ Joel is one individual who should be sought out.”
– Charles Internicola, Franchise Attorney